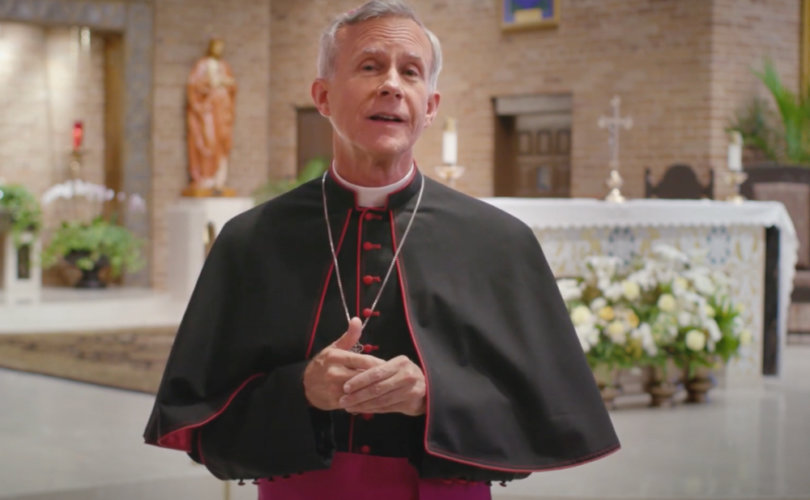 TYLER, Texas (LifeSiteNews) — Bishop Joseph Strickland of Tyler, Texas, publicly called for the resignation of Cardinal Marx after he denied that homosexual activity is sinful.

“Cardinal Marx has left the Catholic faith. He needs to be honest & officially resign,” Strickland posted on Twitter Thursday night, in response to the cardinal’s pro-homosexual statements.

Cardinal Marx has left the Catholic faith. He needs to be honest & officially resign. https://t.co/0F8Rw0EenD

“Homosexuality is not a sin,” Marx told the German magazine Stern on Wednesday. “It is in keeping with a Christian attitude when two people, regardless of their gender, support each other through joys and sorrows. I speak of the primacy of love, particularly in the sexual encounter.”

The Catechism of the Catholic Church (2357) irreversibly teaches that homosexual acts are “of grave depravity,” are “intrinsically disordered … are contrary to the natural law,” and “do not proceed from a genuine affective and sexual complementarity.”

Marx, however, argued that “the catechism is not set in stone,” and that people are “allowed to question what’s in there.”

While the Catechism, as a book, can be revised or edited, the substance of what the Church holds as infallibly true cannot change.

If one rejects Church teaching on an issue of faith or morals, and the issue has been definitively ruled on by the Church, such as the Church’s condemnation of abortion or homosexual behavior, one would automatically be removed from communion with the Catholic Church.

As recently as March 2021, the Vatican has reiterated the Church’s consistent doctrine on homosexuality by firmly banning blessings of same-sex unions.

Despite this, during Germany’s Synodal Path an overwhelming majority of participants voted in early February to approve preliminary documents calling for the blessing of same-sex couples and the ordination of women.