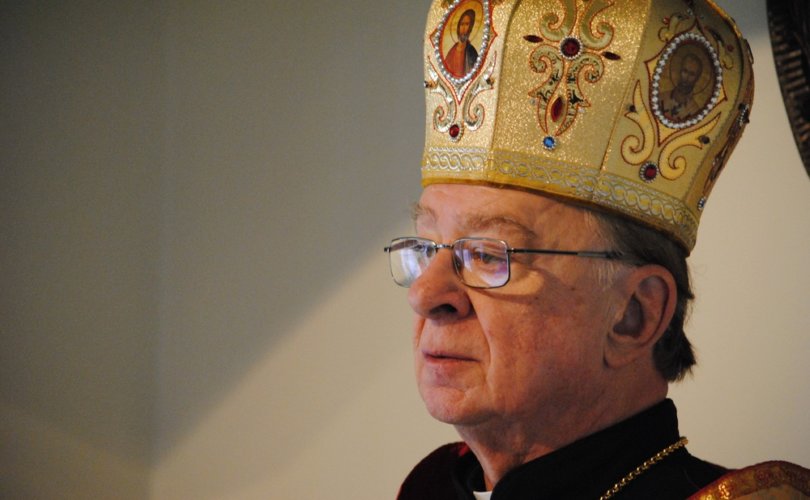 TORONTO, May 3, 2018 (LifeSiteNews) — The head of Toronto and eastern Canada’s Ukrainian Catholic diocese has publicly condemned the Trudeau government’s pro-abortion attestation for summer jobs grants, and is calling on every applicant to the program to withdraw.

On Tuesday, the Ukrainian Catholic Eparchy of Toronto and Eastern Canada released a statement by Bishop Stephen Chmilar expressing how “deeply saddened” he was by the “discrimination” of the program’s “new ideological requirements.”

The Canada Summer Jobs program provides additional funds for groups that hire students for summer positions. It’s projected to fund almost 70,000 student jobs this summer, but this year controversy has arisen because it now requires participating organizations to sign an attestation that their “core mandate” agrees with a variety of left-wing positions, including a “right” to abortion.

Among the organizations to lose funds because they refused the new policy are a summer Bible camp in Alberta, a rural museum on the history of Port Hood, Nova Scotia, a small, family-owned agriculture irrigation business in Alberta, a Christian farm that provides free vacations to poor families, and the Catholic Archdiocese of Toronto. All told, 1,561 applications have been rejected so far in 2018, as opposed to just 126 in 2017.

“Considering the serious implications of the government beginning to act discriminatorily towards those who believe in the most basic principles of religious freedom as well as the fundamental right to life, I am urging our faithful to consider the serious issues that are at play with such an attestation,” he wrote. “There is a legitimate question about the ability of Catholic chaplains to continue to participate in organizations which, by taking such government funding, will have explicitly stated their organization has a mandate which supports rights including the so-called right to abortion.”

Chmilar asked for all Ukrainian Catholics to support his stand, reminding them that their church’s history of “fighting for its beliefs and freedom of worship” has been marked by far greater sacrifices than government aid money, including clergy and followers being “forced underground, imprisoned, exiled, and executed.”

“Our faithful must be made aware of the importance of the basic human right to dissent and have freedom of thought according to one’s conscience and religious belief,” he wrote. “It is the responsibility of all to stand up against any systemic discrimination by the government in a democratic society; this is a principle which Ukrainians certainly understand intimately.”

Chmilar closed the letter by calling on “any organization that has submitted an application for a grant” to “withdraw its application and return any funding received, explaining that the organization does not support the right to abortion.”

In January, 87 Christian, Jewish, and Muslim leaders signed an open letter calling on Prime Minister Justin Trudeau and Employment Minister Patty Hajdu to abandon the attestation, calling it a “religious or ideological test or conditions to receiving government benefits or protection” that was incompatible with the “promise of a free and democratic society.”

Even some of Trudeau’s fellow abortion supporters in Parliament have said the attestation goes too far. New Democratic Party MP David Christopherson said it “took away Canadians’ right to disagree with the laws that they have to obey,” while Liberal MP Scott Simms called it “an insensitive measure to those who felt strongly about this.” Trudeau subsequently punished Simms’ dissenting vote by revoking his chairmanship of a standing committee.

David Adams Richards, an independent senator appointed in August by Trudeau himself, said there was “not a totalitarian government in the world who wouldn’t agree” with the “arrogant and disastrous” mandate.

Yet despite resistance, Trudeau has refused to reconsider the attestation. During a House of Commons debate last week, Trudeau declared he would “not apologize for ensuring that women’s rights are protected across this country.” He also accused any organization that refused to sign the attestation of effectively opposing the Canadian Charter of Rights and Freedoms. Conservative members of parliament responded with crise of “unbelievable!” and “shame!”