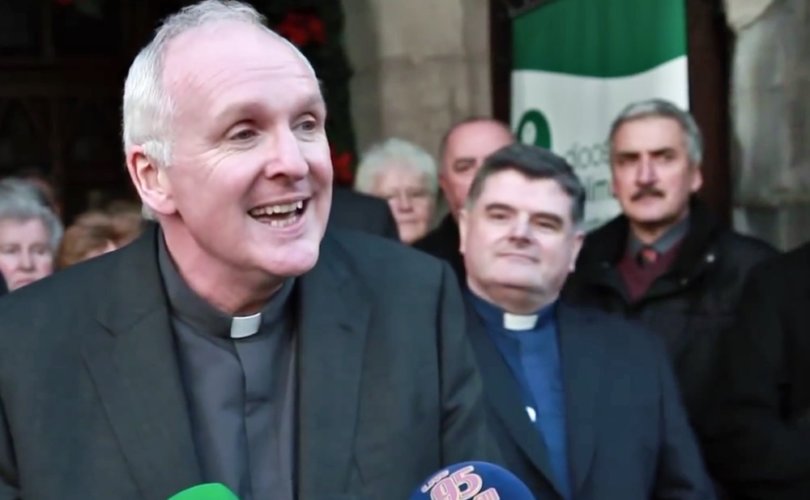 LIMERICK, February 1, 2018 (LifeSiteNews) – A Catholic Bishop in Ireland said that Pope Francis' decision to conduct a mid-air marriage last month is reason enough for the Church to “re-examine” the requirement that Catholics marry inside a Catholic Church.

“Maybe pastorally there is an issue that we may have to re-examine, which is couples who want to get married outside of a church building,” said Bishop of Limerick Brendan Leahy an interviewer with The Irish Catholic.

Leahy's comment comes after many priests and Catholic commentators expressed concern that the pope’s acts would undermine marriage preparation and stimulate demands for weddings outside of churches.

Last month Pope Francis conducted what appeared to be a spontaneous marriage ceremony for a Catholic couple living in a civil, non-sacramental marriage during a flight over Chile. It turns out that the couple had, in fact, planned the event well in advance.

According to the Church's law, Catholic weddings must take place in Catholic churches.

Canon 118.1 states that weddings between Catholics must take place in the parish church of bride or groom, or (with special permission) another Catholic church. Canon law states that, though not the norm, a wedding may take place at “another suitable place” with a special dispensation.

Weddings between Catholics and non-Catholics may be celebrated in a non-Catholic place of worship, with episcopal permission, for a suitable reason.

The importance of the Catholic wedding taking place in a building consecrated to the worship of God is linked to the sacred character of Catholic marriage.

When entered into by two Christians, marriage is a sacrament, defined by Saint Augustine of Hippo as “'an outward and visible sign of an inward and invisible grace.” The bride and groom are taking binding vows before God, and so it is most fitting that they do so in His house. Also, the ceremony must be public, so that it has witnesses in the community. Traditionally, this has prevented forced marriages and clandestine marriages.

Catholics believe that the ministers of the sacrament of matrimony are the bride and groom themselves. Thus, the priest or deacon presiding at the wedding ceremony, which does not necessarily have to include a Nuptial Mass, is merely the official representative of the Catholic Church. However, they are responsible for ensuring that the wedding ceremony takes place with proper devotion and decorum.

Leahy admitted to The Irish Catholic that permitting Catholics to be married wherever they like would create a “logistical nightmare” for parish priests.

His solution is that lay people, not a priest, stand in as the Church’s representative.

“You could nominate lay people as your representative of the Catholic Church. It doesn’t have to be a priest, you see, so who knows the future?” he said.

Editor's note to Catholic Priests: LifeSiteNews is collecting testimonies about how Pope Francis’ airplane wedding may be increasing pressure to bend Canon Law regarding weddings. Please send an account of your experience to Dorothy Cummings McLean at [email protected] Your name and place will be withheld unless you choose otherwise.