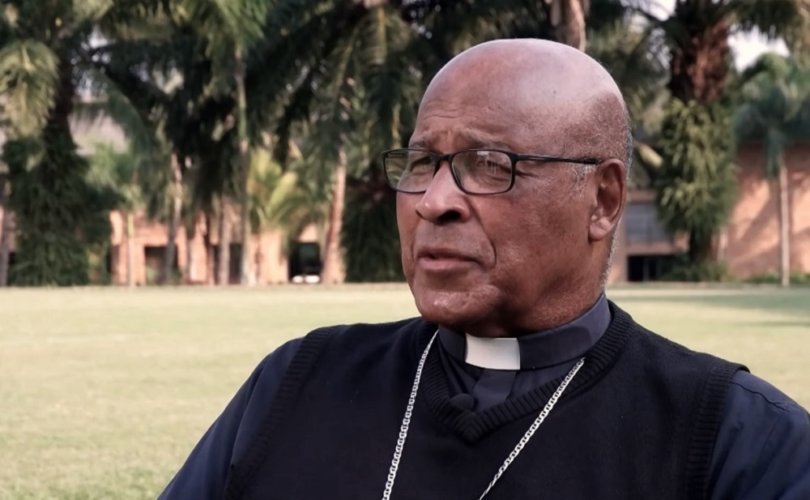 October 24, 2019 (LifeSiteNews) — Fr. James Martin, S.J. is coming under fire from a U.S. bishop and a cardinal after a tweet appearing to question the Bible’s condemnation of homosexuality.

“Interesting: ‘Where the Bible mentions [same-sex sexual] behavior at all, it clearly condemns it. I freely grant that. The issue is precisely whether the biblical judgment is correct. The Bible sanctioned slavery as well and nowhere attacked it as unjust..’”

Fr. Martin’s tweet quotes an article from the Center for Action and Contemplation in which Fr. Richard Rohr, a priest with a long record of dissenting from established Church teachings, favorably shares a pro-homosexuality missive from his “dear friend,” Methodist minister Walter Wink. In June of 2018, Fr. Rohr declared in a speech that “historically, scientifically, culturally,” the Bible is “a mass of contradictions from beginning to end.” Fr. Rohr is closely linked with the Association for U.S. Catholic Priests (AUSCP), a dissident organization that supports homosexuality, the ordination of women, and other heterodox positions.

Continuing to quote Fr. Rohr’s article, Fr. Martin concluded with the following: “‘Are we prepared to argue today that slavery is biblically justified?’”

“Are we prepared to argue today that slavery is biblically justified?”

The Jesuit priest has repeatedly claimed to uphold the Church’s teachings, while traveling the world calling on the Church to accept homosexuality. But now his critics say he has even more fully revealed his opposition to Catholic doctrine.

“Thank you for acknowledging that you question scripture. If we go down that road where do we stop? I know you have lots of support but you are challenging the Deposit of Faith that I promised to defend. As a bishop I’ll keep defending it.”

This morning, Cardinal Napier also took to the popular social media platform to give his response to Fr. Martin’s tweet.

“How convenient to use slavery to justify support for homosexuality, totally overlooking the fact that the Bible is overwhelmingly the story of God freeing His People from all slavery — physical & political but also slavery to idols & false gods, to moral & spiritual aberrations!”

In paragraph one of Pope Pius XII’s 1943 encyclical Divine Afflante Spiritu, the inerrancy of Sacred Scripture is affirmed by the late pontiff.

The sacred Council of Trent ordained by solemn decree that “the entire books with all their parts, as they have been wont to be read in the Catholic Church and are contained in the old vulgate Latin edition, are to be held sacred and canonical.” In our own time the [First] Vatican Council, with the object of condemning false doctrines regarding inspiration, declared that these same books were to be regarded by the Church as sacred and canonical “not because, having been composed by human industry, they were afterwards approved by her authority, nor merely because they contain revelation without error, but because, having been written under the inspiration of the Holy Spirit, they have God for their author, and as such were handed down to the Church herself.”

In reference to Fr. Martin’s tweet, it is worth noting the Catholic Church’s long tradition of both opposing slavery and of condemning homosexual acts as inherently sinful.

The Catholic Church’s opposition to slavery was perhaps most eloquently expressed by Pope Saint Gregory I in the sixth century:

Since our Redeemer, the creator of all creatures, for this reason graciously willed to assume human flesh, that by the grace of his divinity and breaking asunder the bonds of slavery in which we were held captive, He might restore us to our former liberty, it is well done when men whom nature brought forth in the beginning as children and on whom the laws of nations has imposed the yoke of slavery are restored to that liberty in which they born, through the benefit of manumission.

With regard to homosexual acts, the Church’s constant teaching is made abundantly clear in the Cathechism of the Catholic Church, section 2357: