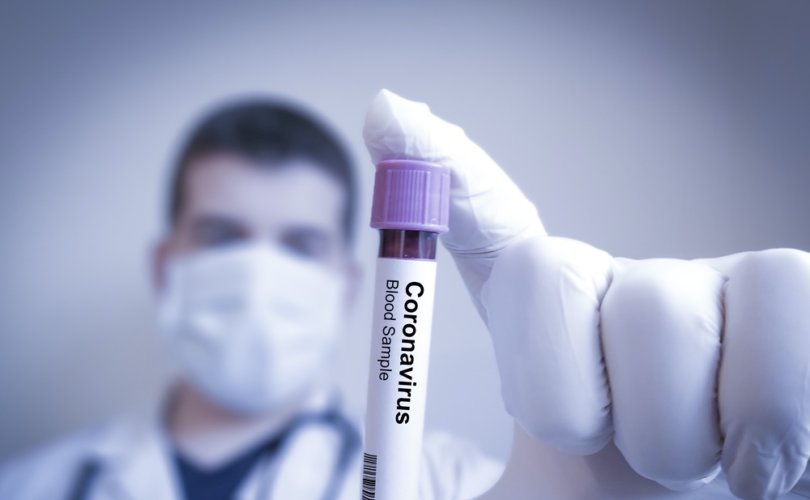 ROME, Italy, March 9, 2020 (LifeSiteNews) –   All public Masses in Italy are suspended until April 3 because of the coronavirus outbreak. The Italian Bishops’ Conference has announced that it would accept a decree issued by the Italian government on March 8, which called for the suspension of “civil and religious ceremonies, including funeral ceremonies.”

The Italian bishops admitted that it is “a highly restrictive step” to cancel all public Masses, “whose acceptance will be met with suffering and difficulties among pastors, priests, and the faithful.”

“The acceptance of the decree comes solely from a desire to do one’s part, even at this juncture, to contribute to the protection of public health,” the bishops added.

Cardinal Angelo De Donatis, who as Vicar General of His Holiness is responsible for the diocese of Rome, issued a statement on Sunday indicating that churches in the Eternal City will remain open for personal prayer. At the same time, public Masses are suspended also in Rome.

According to the leading Italian news agency ANSA, a spokesman for the diocese of Rome, Fr. Walter Insero, briefly explained the reason for ceasing public Masses in his diocese. “The new government decree arranges for it. We are taking steps to inform the parish priests,” he said.

Liturgical experts are divided on the sweeping measures.

“It is absolutely stunning and shows the extent to which naturalism and the loss of any supernatural perspective has triumphed,” author Dr. Peter Kwasniewski told LifeSiteNews.

“They are acting as if physical health is the supreme good and the good of men's souls should take second place,” he continued.

“Press the pause button on sanctifying grace, it can wait till the political and medical authorities give it permission to exist.”

However, the Rome-based editor of the New Liturgical Movement website, Gregory Di Pippo, pointed out that the Italian bishops are obeying the civil authorities.

“Technically, it is not the bishops who have done this, but the Italian government,” he told LifeSiteNews.

“The bishops have simply caved in to their request without in any way trying to temper it for the good of the faithful.”

Di Pippo noted that all public assemblies have been suspended in Italy and reported that even professional soccer games are being played in empty stadiums.

“All the theaters, cinemas, and museums are closed,” he confirmed.

Such precautions are also in keeping with Italian attitudes towards health, he said, but also respect the vulnerability of the country’s aging population.

“It is a country with an aging population, and the virus is very contagious, and particularly dangerous for the elderly,” Di Pippo stressed.

At the same time, Di Pippo believes that the Italian bishops should address the spiritual needs of their people.

“Obviously processions, the classic response, would be against these particular [government] rules, but you can still expose the Sacrament, and people can still come and pray in church, as long as they don't gather up in clumps,” he said.

“Expose relics, have the priests recite particular prayers for the end of the virus, for the sick, for the dying, for the dead. Make a spiritual Communion, and offer it for those intentions.”

Dr. Joseph Shaw of the U.K.’s Latin Mass Society said that churches have been closed before because of contagion.

“There are precedents for shutting churches during times of pestilence, though it should be remembered that this does not in itself mean that priests cannot visit the sick and dying,” he told LifeSiteNews.

“It would be interesting to know if the bishops in Italy have considered open-air Masses, but a crowd outside might still represent a danger to public health,” he continued.

“It has been pointed out that bars and restaurants have not yet been closed, but it is also true that Italian churches, like most Catholic churches in the developed world, overwhelmingly attract the old, who are far more vulnerable than the young.”

Shaw said that it does seem a severe measure, but also that we are obliged to exercise prudence in relation to health, and especially the good of others.

“Not to do so for supposedly supernatural motives may be a case of putting God to the test,” he suggested.

But journalist Riccardo Cascioli wrote in Italy’s La Nuova Bussola Quotidiana that the Italian bishops have delivered a “devastating message: Mass has nothing to say to that which matters most in life. The important thing is health, not Salvation.”

Cascioli decried the Italian bishops’ eagerness to do exactly what the state requested without coming up with safe alternatives, and compared them with the schismatic Chinese Catholic Patriotic Association. He concluded, “It is true that many viruses come from China, and Covid-19 is certainly not the most dangerous.”

On Sunday, Pope Francis did not pray the traditional Angelus prayer at one of the windows of the Apostolic Palace overlooking St. Peter’s Square, his usual practice, but instead prayed it from inside the library. The short ceremony was live-streamed and could be seen on screens in St. Peter’s Square. The Vatican had announced on Saturday that these measures were “necessary in order to avoid the risk of diffusion of COVID-19 due to the crowds during the security checks in order to access the square, as was also requested by the Italian authorities.”

At the beginning of the Angelus, Pope Francis referred to himself as being “caged” in the library of the Apostolic Palace, adding, “but I see you, I am close to you.” Hundreds of faithful had gathered in St. Peter’s Square, even though the Angelus was only broadcast to a large screen in the square, without the Holy Father’s physical presence.

The Pope mentioned that “this way of praying the Angelus” was done as a preventative measure, “in order to avoid small crowds of people, which can favor the transmission of the virus.”

The general audience on Wednesday, March 11, will be presented in a similar manner, with the Pope speaking from the library, streaming live on the internet. Even though the Vatican mentioned only the Angelus and Wednesday audience of this week, it is to be expected that no public events with the Pope will take place at least until April 3.

Daily Mass celebrated by Pope Francis at Casa Santa Marta every morning will not have any faithful participating, as has been the custom since this pontificate beggan. Instead, his 7:00 a.m. Mass will be streamed live through the official Vatican media channels.

According to Vatican News, Pope Francis never wanted his entire morning Mass to be available as a video. “A few weeks after Pope Francis’ election, Father Federico Lombardi, in his role as Director of the Holy See Press Office, explained why. ‘It is necessary to keep in mind the character the Holy Father himself attributed to the morning celebration of the Mass at Santa Marta,’ he said.”

Lombardi continued, “It is a Mass with a group of the faithful present in which the Pope wants to preserve a familiar character. Thus, notwithstanding the requests received, he has explicitly desired that they not be transmitted live in video or audio.”

On Monday morning, Pope Francis said his Masses at Casa Santa Marta this week will be celebrated for those who fell ill due to the coronavirus, as well as for doctors, nurses, and volunteers, including their families.

The outbreak of the coronavirus in Italy has also led to the closure of the Vatican Museums, the Excavations Office, and other institutions usually open to the public.

Italian historian Roberto de Mattei described how Pope St. Gregory the Great had a different response to the deadly plague than today’s hierarchy has to the coronavirus. After his election in the year 590, Gregory led a penitential procession of the faithful throughout Rome.

At the end of February, dioceses in Northern Italy cited coronavirus as they suspended the Sacraments, including Confession, despite bars and stores remaining open.

The Pope even postponed an event launching a Global Compact on Education. Scheduled for May, it has now been moved to October.

Italian news agency ANSA reported on Sunday that “in the last 24 hours, there have been 133 deaths.” The total number of deaths related to the coronavirus rose to 366. The number of sick people increased “from 5,061 to 6,387.” Only 622 people have been declared “healed,” so far.

On Saturday, the World Health Organization announced that the global number of confirmed cases of COVID-19, as the virus is also known, has surpassed 100,000.

According to Worldometer, there have been almost 4,000 deaths, but roughly 63,000 confirmed recoveries at the time of this writing. Of 45,000 currently infected patients, around 6,000 are in a serious or critical condition.

China is reporting the highest number of total cases, at around 81,000 patients. Italy follows in third place. The United States reported less than 600 cases, 22 of which ended in death.