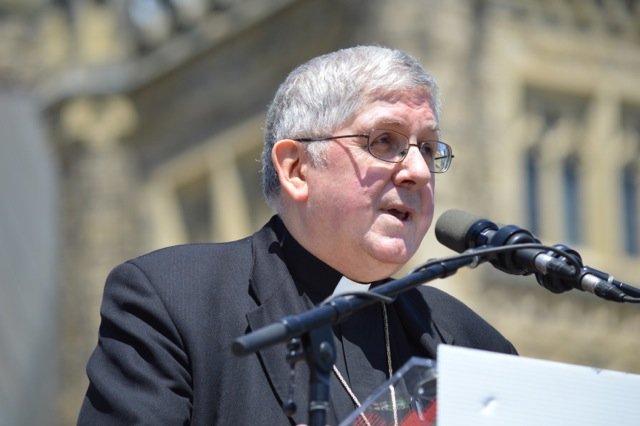 OTTAWA, January 25, 2018 (LifeSiteNews) — The Canadian government isn’t backing down from its controversial rule that employers must sign an “attestation” in support of abortion and transgender “rights” to receive summer job grants.

But opponents to the attestation, implemented by Prime Minister Justin Trudeau’s Liberals, aren’t backing down either.

That includes the Catholic bishops, who collectively responded to a Monday phone call from Employment Minister Patty Hajdu by denouncing the attestation as “coercion on matters of conscience and religious belief” and “unacceptable.”

And some bishops are advising groups not to sign the pro-abortion pledge, but send in a hard copy with an alternate attestation, according to the Catholic Register.

Trudeau and Hajdu have doubled down in their defence of the new policy, which requires employers applying for Canada Summer Job grants sign an attestation that “both the job and the organization’s core mandate respect individual human rights in Canada” including “reproductive” and transgender “rights.”

If an employer doesn’t check off the attestation when applying online, the application is void.

However, the Liberals are now contending with a growing backlash that includes a pending Charter challenge, objections from faith-based groups who say they can’t in conscience sign the attestation, and increasing denunciations in the media.

In response to the controversy, Hajdu’s ministry released “supplementary” information on the attestation on Tuesday.

The information attempts to distinguish between “activities” and beliefs, provides “examples” of what summer jobs the Liberals deem eligible for funding, defines terms of the attestation but does not alter its wording nor remove the requirement.

Hajdu also defended the attestation while in Toronto Tuesday to announce funding for the Youth Employment Service.

She brought in the attestation because of complaints last year that pro-life groups and pro-family groups were receiving the grants, which fund summer jobs for students from ages 15 to 30, she told CBC’s Power and Politics.

“In order for organizations to receive funding, they have to affirm that they will not actively work to undermine the rights of Canadians,” Hajdu said.

The CCCB rejected the supplementary information and the attestation in a statement Tuesday.

“Minister Hajdu did reach out to the CCCB yesterday 22 January 2018 for the first time with a short telephone call,” the bishops wrote.

“Despite her statement today and the recently added definition of terms (‘supplementary information’), the CCCB remains seriously concerned that the beliefs and practices of Catholics and other faith traditions will exclude them from receiving funding through the Canada Summer Jobs Program,” they stated.

“The attestation and examples still amount to the government’s coercion on matters of conscience and religious belief. They foreclose the possibility of wide ranging views and even healthy disagreement. The attestation remains unacceptable.”

Archbishop Terrence Prendergast of Ottawa also slammed the attestation in an Ottawa Sun commentary Monday. His archdiocese is recommending groups send in a paper application with an alternative attestation supplied by the archdiocese, Deacon Gilles Ouellette told the Catholic Register.

“We have essentially indicated to our parishes that the attestation cannot be checked off,” said Neil McCarthy, communications director for the Archdiocese of Toronto told the Catholic Register.

“We are in the process of gathering data to determine just how many parishes/groups are impacted within the Archdiocese of Toronto,” he said.

“Some groups may follow the paper copy example but the government has clearly stated they will not consider these to be completed applications. It is, however, a way to track those who cannot sign the attestation.”

Even the Ontario Civil Liberties Association slammed the attestation as “forced speech” and “antithetical to Charter values, including freedom of expression and freedom of association,” reported the Catholic Register.

“All such forced speech requirements degrade Charter values by supplanting the individual's right to form and express one's own opinion about societal matters (without which no society can be democratic) with the government's position,” executive director Joseph Hickey told the Register in an email.

“Forced speech policies thereby diminish the fundamental rights of all Canadians. Such policies are a characteristic of totalitarianism, not of democracy, and must be constantly and vigorously opposed.”