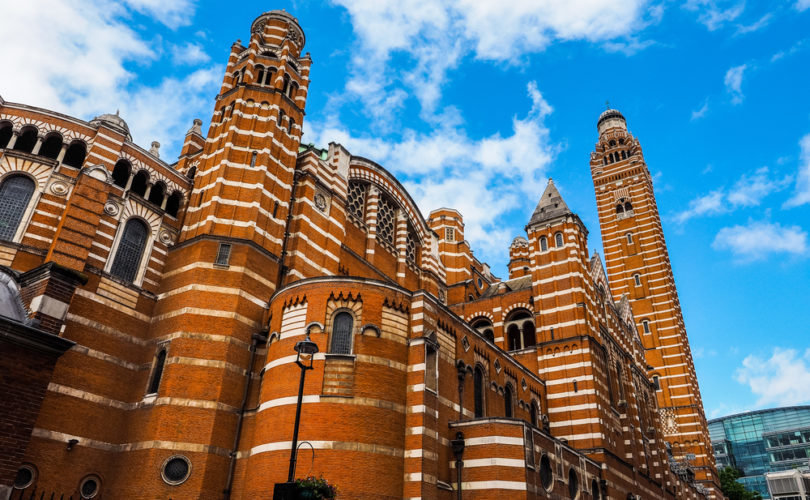 LONDON, June 7, 2021 (LifeSiteNews) — The new COVID-19 guidelines released by the bishops of England and Wales permit Catholics to start receiving Holy Communion on the tongue again. Until now, the bishops had — contrary to canon law — prohibited the Church’s official practice regarding Holy Communion for more than a year.

Beginning May 17, England and Wales moved into Step 3 of their government’s COVID-19 Response Roadmap. With this in mind, the bishops published a new set of guidelines for Catholics regarding attending Mass and receiving Communion.

The guidelines read, “Communion is recommended to be distributed in the hand, but if people wish to receive on the tongue, then they should wait until the end of the communion line and receive then.”

In England and Wales, Communion on the tongue or kneeling has been officially denied to Catholics since June of last year, because of health concerns related to COVID-19.

However, the practice of receiving on the hand, instead of on the tongue, is a formalized act of disobedience to the perennial teaching of the Catholic Church, in the period following the Second Vatican Council.

Renowned scholar Dr. Peter Kwasniewski has declared that “many bishops are abusing their authority” by banning Communion on the tongue. In a lengthy article published in May last year, Kwasniewski collected the statements of the magisterium on the manner of receiving the Eucharist, writing that bishops had no authority to mandate reception in the hand, or forbid reception on the tongue.

Indeed, in the 2004 document Redemptionis Sacramentum, the Catholic Church preserves the Tradition of the Church, teaching that a Catholic “always has the right to receive Holy Communion on the tongue.” While the document does allow for the post-Vatican II practice of Communion being received on the hand, it also stipulates that reverence must always be prioritized: “If there is a risk of profanation, then Holy Communion should not be given in the hand to the faithful.”

Despite this, the Congregation for Divine Worship and the Discipline of the Sacraments then published a letter on November 13, 2020, confirming and ratifying the decision of a U.S. bishop to only offer Communion on the hand during the coronavirus crisis. This was in direct contradiction to Redemptionis Sacramentum and a 2009 letter from the same congregation, then under Pope Benedict XVI.

In addition to the questions of canon law, there have been numerous statements and studies by physicians, arguing that Communion on the tongue is actually safer than Communion in the hand, or at worst equally dangerous.

In Poland, doctors told bishops that receiving Communion on the hand was more dangerous than receiving on the tongue because of increased contact. The doctors also pointed out that reception of the Eucharist kneeling is safer as the communicant is further from the priest’s face.

Twenty-one Austrian doctors wrote a letter last June, appealing to their Bishops’ Conference to lift the ban on Communion on the tongue. “From the point of view of hygiene, it is absolutely incomprehensible to us why oral communion has been banned in Austria. We also consider this form of distribution safer than hand communion,” the doctors wrote.

In fact, a recent scientific study published in the Journal of Religion and Health repeated the already well documented fact that reception of Holy Communion on the tongue is safer than in the hand. The author, Sergey Budaev, noted the obvious benefit of kneeling and receiving on the tongue, since the two people are breathing at different heights, instead of directly on each other.

“The assumption that Communion in the hand carries no or little risk is not well grounded and may in fact create a false sense of security potentially provoking more reckless behaviour of both the Minister and the communicant,” he wrote.

In the face of widespread canonically illicit prohibition of receiving Communion on the tongue during COVID times, a French reader of LifeSiteNews used his own strategy to overcome a clerical ban on his right as a Catholic: He issued a canonically-founded appeal to his local bishop, referencing multiple texts from Canon Law and the teaching of the Church, including those already referenced above. His bishop was unable to reject the appeal, given that the man’s appeal was completely grounded in the Church’s legislative texts.

— Article continues below Petition —
PRAYER PLEDGE: Join faithful Germans in prayer to STOP homosexual "blessings" and plunge into schism
Show Petition Text
11009 have signed the petition.
Let's get to 12500!
Thank you for signing this petition!
Add your signature:
Show Petition Text

In a July 2020 interview on the John-Henry Westen show, Kwasniewski declared that the current restrictions on receiving on the tongue were nothing more than an abuse of episcopal power. “Many bishops are abusing their authority right now because … they’re supposed to uphold Canon Law, and Canon Law is really clear that the faithful have the right to receive communion on the tongue. That’s it.”

Bishop Athanasius Schneider has also weighed in on the banning both of Holy Communion and public Masses, saying that such acts are “pure human law; however, the supreme law in the Church is the salvation of souls.”

Schneider suggested that bishops who, in line with government guidelines, have prohibited Communion on the tongue have “reacted more like civil bureaucrats than shepherds. In focusing too exclusively on all the hygienic protective measures, they have lost a supernatural vision and have abandoned the primacy of the eternal good of souls.”