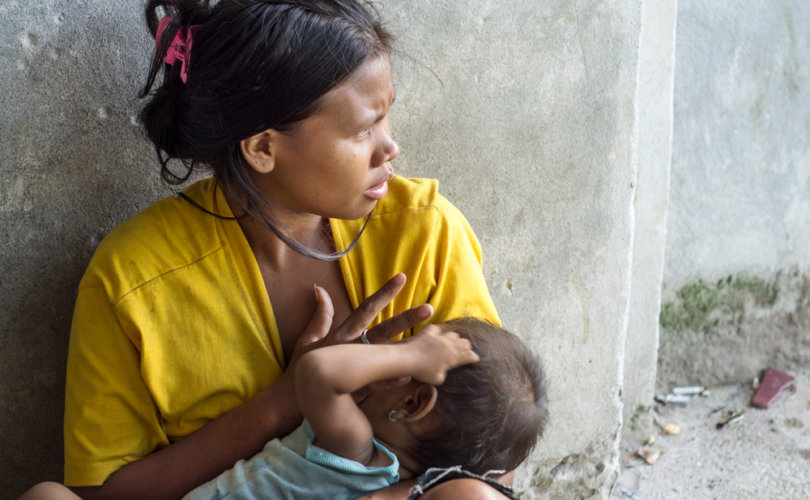 MANILA, Philippines, August 8, 2016 (LifeSiteNews) — Though given little chance of passage in the Philippines House of Representatives, a divorce bill introduced by the tiny Marxist-oriented Gabriela Party has drawn strong criticism from three of the country’s Catholic bishops.

In a joint statement, Bishop Ruperto Santos of Balanga declared, “Divorce spawns a host of problems, especially for children. It weakens the institution of marriage. Already we see many families being separated by work,” referring to the growing number of men and women working abroad, and remitting earnings home to support families. “Let us not move towards a weakening of marriage but instead endeavour to encourage maturity, fidelity, self-sacrifice, respect.”

Manila Auxiliary Bishop Broderick Pabillo called for laws that support rather than weaken marriage. “We already witness the havoc that divorce is doing in many countries. I hope we learn from them.”

The Philippines does not permit divorce. The bill to legalize it has been introduced four times by the Gabriela Women’s Party since 2005. It has two members in the 292-seat House of Representatives. The bill has failed each time.

Representative Joselito Atienza Jr. says this bill is opposed by many legislators. His own party, Buhay, “will watch out for this because we are against this,” reports the Catholic Bishops Conference of the Philippines News. The same news service identifies only two representatives beyond Gabriela’s two members who support it.

According to the party’s press release, divorce would give couples a way out of “abusive or irreparable marriages.” The bill would allow divorce when a couple face “irreconcilable differences that have caused the irreparable breakdown of the marriage,” or, when the couple has been separated for two years and their reconciliation is “highly improbable.” The release makes no mention of children.

The party claims that “three of every five Filipinos or at least 60 percent are in favor of the legislation of divorce.” It cited “various surveys conducted through the years.”

A poll conducted by Laylo Research in 2015 after Pope Francis recommended the Catholic Church simplify its annulment procedures showed 68 percent of adults in the predominantly Catholic country were opposed to legalizing divorce.

New Philippines President Rodrigo Duterte said during the election campaign this spring that he was against divorce “for the sake of the kids.”