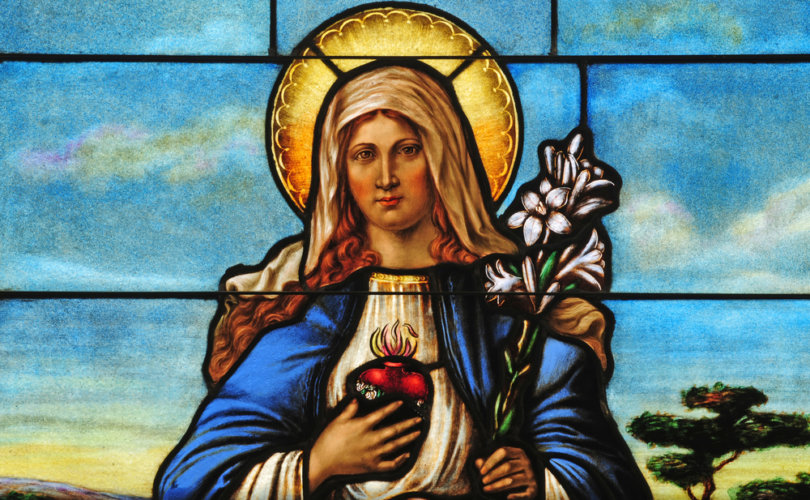 OTTAWA, June 13, 2017 (LifeSiteNews) — Seventy years ago, the Catholic bishops consecrated Canada to the Immaculate Heart of Mary as the high point of a Marian Congress in Ottawa that was billed as the biggest religious gathering ever held in North America.

Now the bishops are set to renew that original consecration to mark the 15oth anniversary of Canada’s confederation.

The permanent council and executive committee of the Canadian Conference of Catholic Bishops (CCCB) has invited each bishop to individually consecrate their diocese or eparchy to Mary’s Immaculate Heart on July 1, the national holiday.

And the bishops will follow that by jointly consecrating Canada to Mary during their September plenary, according to a CCCB advisory.

It will be part of celebrations marking 50 years since Development and Peace was founded in Ottawa in October 1967, he said in an email.

Prendergast will be consecrating both the Ottawa archdiocese and Alexandria Cornwall diocese, of which he is apostolic administrator, to Mary’s Immaculate Heart on July 1.

Notable among these is the the occasion of the original consecration, the Marian Congress of  June 18-22, 1947, held two years after the end of World War II, 30 years after Mary appeared at Fatima, and by all accounts an extraordinary affair.

In a June 8 festal Mass to mark his archdiocese’s 170th year, Prendergast said the Congress was called by Archbishop Alexandre Vachon, whose motto was: “Ad Jesum per Mariam — To Jesus through Mary.”

Vachon “could not conceive anything more worthy” to mark the archdiocese’s centenary “than an international Marian Congress that would allow the Catholics of Ottawa in their tens of thousands to fill the streets of Canada’s capital, giving expression to their heartfelt affection for the Mother of Our Saviour,” he said.

An estimated 100,000 to 250,000 people came to the Congress, which included a “procession of floats along the canal driveway,” and a message from Pope Pius XII “broadcast during a Mass on June 19 and carried by major radio networks across the country.”

The five-day event ended with “the greatest fireworks display ever held in Canada depicting scenes in the life of the Blessed Virgin,” noted Prendergast.

Its purpose was not only to celebrate 100 years of the Ottawa archdiocese, he said, but also “to pray for lasting peace in the world, which was the message of Our Lady at Fatima 100 years ago, a message needed even more today.”

The  1947 consecration was “redone” in the 1954 Marian Year, so this year’s consecration are “a renewal of that,” Prendergast told LifeSiteNews.

The second joint consecration took place at the National Shrine of Our Lady of the Cape, near Trois-Rivières, Quebec, according to the CCCB advisory.

“[A]ll the Catholic Bishops of Canada, led by Their Eminences James Cardinal McGuigan and Paul-Émile Léger, then Archbishop of Toronto and Archbishop of Montreal respectively, consecrated the country to the Immaculate Heart of Mary,” it said.

Non-Catholic Christians are “mistaken” when they “say that we Catholics worship Mary,” Prendergast explained at the June 8 Mass, during which he reconsecrated his archdiocese to Mary’s Immaculate Heart.

Catholics make a “distinction between ‘latreia,' which is worship due to God alone and ‘dulia,' which is reverence accorded angels and saints, especially Mary, whom Oriental Christians call ‘Theotokos,' the God-bearer, for she was the Mother of the Saviour, Jesus Christ.”

Prendergast quoted two saints renowned for ceaselessly and ardently promoting personal consecration to the Immaculate Heart of Mary as a swift and sure way to sanctification.

One was 17th-century French priest, St. Louis de Montfort, who observed: “We never give more honour to Jesus than when we honour his Mother, and we honour her simply and solely to honour him all the more perfectly. We go to her only as a way leading to the goal we seek – Jesus, her Son.”

And the other was the Polish Franciscan St. Maximilian Kolbe, who offered his life in the place of another man in the Nazi death camp Auschwitz.

Maximilian, said Archbishop Prendergast, “reassured Catholics when he said, ‘Never be afraid of loving the Blessed Virgin too much. You can never love her more than Jesus did.'”

1
A legacy of scandal: Pope Francis says he has ‘carried out’ plans laid during ‘pre-Conclave meetings’
2
Mass hypnosis: why can’t people see through the COVID deception?
3
Abp. Viganò: Global liberalism and Communism are destroying the Church and society from within
4
Dutch farmers fight for their livelihoods against government plans
5
Dr. Vladimir Zelenko was a true hero and patriot who saved many lives with his COVID treatment
Subscribe to Daily Headlines »