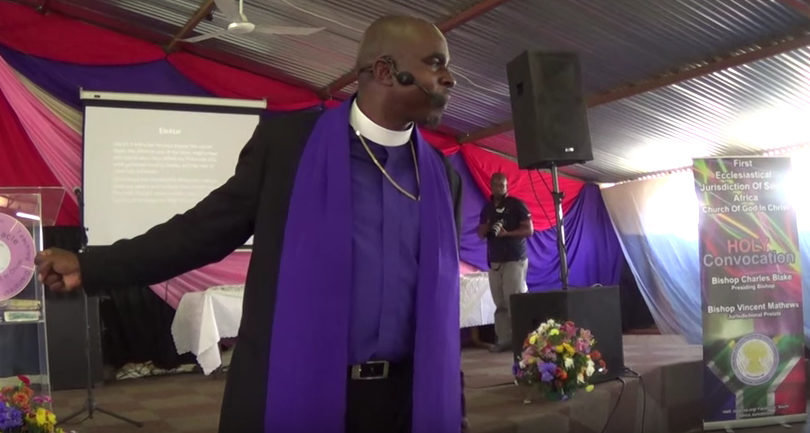 Bishop Vincent Mathews said it will take reliance on the "supernatural power of God," but he concluded that with God, all things are possible.

ST. LOUIS, Missouri, November 11, 2015 (LifeSiteNews) – The Church of God in Christ (COGIC) has launched a “Family Life Campaign” to adopt children who otherwise would have been aborted.

The denomination, one of the oldest Pentecostal groups in the world, held its annual convocation in St. Louis this week. At the gathering, songs and praise filled the air. And a unique call to lay down one's life for the “least of these” went out to challenge the faithful.

Citing statistics that black women have disproportionately high rates of abortion, members were challenged to save black babies' lives by adopting them.

“Some 3,446 African-Americans were lynched in the U.S. between 1882 and 1968,” the church announced. “That number is surpassed in less than three days by abortion in the African-American community.”

Bishop Vincent Mathews issued the call for at least ten percent of COGIC faithful – including retired couples – to adopt the child of a pregnant mother who otherwise would kill her baby or to adopt a child in the foster care system.

The 46-year-old missionary said that if the faithful would give their lives in this way, communities would be safer, and the world would see a genuinely strong, active faith in Christ.

The bishop said it will take reliance on the “supernatural power of God,” but he concluded that with God, all things are possible.

“Do you really love God?” Mathews preached. “Do you really want to serve him? Well, it's not just about coming to a convention looking good. It's about going home, rolling up your sleeves, and taking care of a child who may have been born addicted to drugs.”

“And now love that child,” Mathews said. “Stay up all night. Love on that child until he's right. Now, now you are really serving God.”

The COGIC Family Life Campaign has already inspired Christians outside the denomination. Rev. Dean Nelson, the national outreach director of Online for Life, told LifeSiteNews, “It is no surprise that COGIC has launched this initiative. They have not only remained consistent to biblical teaching on the issues of abortion but have been the most outspoken of any black denomination in this county.”

Rev. Nelson continued his praise for “the fastest growing African-American denomination in the country”: “They have also shown willingness to work with white Evangelicals and Catholics on a host of issues affecting the black family.”

“It is my hope that other African-American church leaders will follow suit,” Nelson concluded.

“The leadership of the Church of God in Christ should be commended for this new initiative,” Rev. Brian Walker of Pro-Life Action Ministries told LifeSiteNews. “It addresses an important need to reduce abortion and provide women in the church and wider community a way to allow their child to live and be adopted into a loving Christian family.”

“This should be seen as a victory for the black pro-life movement and its leaders who have worked for many years to awaken the 'sleeping giant' of the Church of God in Christ,” Rev. Walker said.

“Practicing pure religion to care for orphans is a good thing, and a challenge to all of us,” Walker concluded.

Dr. Hunter continued, “Like the opening of the book of Exodus, first came slavery, then child killing. Abortionists have killed more children than all world wars combined. The enemy has a plot that runs deep fueled by apathy, but God has a plan that runs deeper – it is fueled by love. The COGIC has bold members with a full tank of love.”

“We need to continue to help these families adopt and support their efforts,” Lane, who travels the world preaching the Gospel, told LifeSiteNews. “I only hope the governmental entities will see and take note of some of the special circumstances that come with some (not all) African-American families, as compared to other families.”

“It is wonderful to see how we can continue to learn from each other to continue to build up the Kingdom of God here on Earth,” Lane concluded.

Bishop Mathews, a former principal from Detroit, will oversee the Family Life Campaign. He and his wife, who serve as missionaries in South Africa, have ten children.

Bishop Mathews leads the COGIC International Missions Department. He's been a missionary in Johannesburg for the past eleven years. An author of six books, the bishop says that a Christian's faith must be active to be real.

The Church of God in Christ is the fourth largest Protestant group in the U.S., with churches in 63 countries worldwide, 12,000 congregations, and a total membership of nearly 6.5 million.

Eddie was found in a trash bag: now he’s bringing his adoptive family joy beyond measure