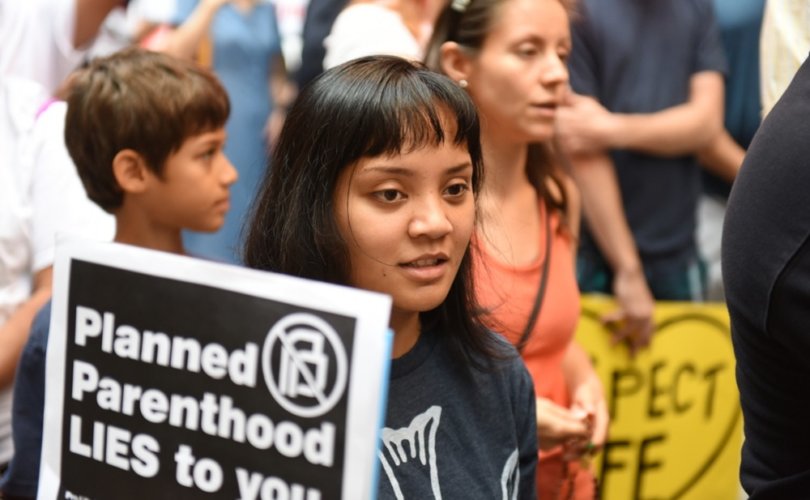 September 3, 2020 (LifeSiteNews) — A coalition of more than 100 American black leaders are calling on Planned Parenthood Federation of America to disavow its “racist legacy” and end its “systemic racism” that “targets Black lives in the womb.”

In a letter sent Tuesday to Planned Parenthood acting president Alexis McGill Johnson, the signatories blast the abortion giant for the “massive iniquity” of targeting black communities for abortion, all the while stating support of Black Lives Matter.

They ask McGill Johnson to “confront the systemic racism of America’s abortion practices and to publicly renounce the racist legacy of your founder, Margaret Sanger.”

“Ms. Johnson, your words about the Black Lives Matter movement ring hollow while your organization perpetuates this racist legacy,” the signatories write. “[W]ill you confront the iniquity that your abortion practices perpetrate against Black lives? Will you fight the racism that targets Black lives in the womb?”

The “impact of abortion on Black communities is unequal and disproportionate,” the signatories write.

Black women are only 13 percent of the female population, but they “represent 36 percent of all abortions,” the letter states.

Black women are also “five times more likely than white women to receive an abortion. In some cities, like New York, more Black children are aborted every year than are born alive.”

“This massive iniquity, and the disproportionate harm it does to Black Americans, is fully in keeping with the racist, eugenicist vision of your organization’s founder,” the signatories write. “Margaret Sanger wanted to use abortion and contraception to cull minority populations.”

Indeed, Sanger infamously stated in a 1939 letter: “We do not want word to go out that we want to exterminate the Negro population.”

The letter to McGill Johnson was organized by the Human Coalition Action (HCA)  in partnership with the Frederick Douglass Foundation, according to a preamble on the HCA website.

“This effort demonstrates the outrage among the Black community that we have been strategically and consistently targeted by the abortion industry ever since the practice was legalized almost 50 years ago,” HCA executive director Rev. Dean Nelson told Catholic News Agency.

The letter comes after the Planned Parenthood of Greater New York (PPGNY) affiliate ousted CEO Laura McQuade in June after 300 of the affiliate’s employees signed a letter accusing McQuade of “systemic racism, pay inequity, and lack of upward mobility for Black staff,” as well as abusive behavior and financial malfeasance.

In July, PPGNY announced that it was removing Sanger’s name from its flagship Manhattan abortion facility because of its founder’s “harmful connection to the eugenics movement.”

The step was “necessary and overdue” to “reckon with our legacy and acknowledge Planned Parenthood’s contributions to historical reproductive harm within communities of color,” the chair of the affiliate’s board said.

The coalition’s letter referred to this incident, stating that the abortion giant’s New York employees “raised awareness about the toxic culture and systemic racism within the organization.”

“We call on you to change that. Planned Parenthood National must renounce the views and legacy of its founder and acknowledge and discontinue its ongoing systemic targeting of Black Americans with abortion facilities.”