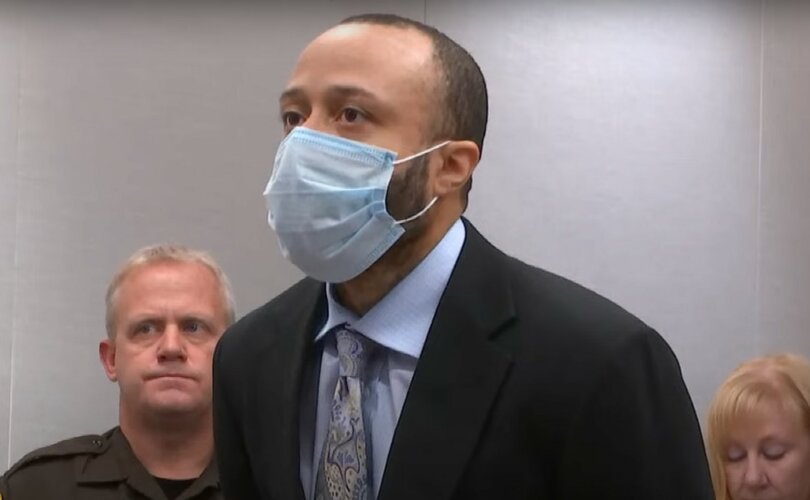 Darrell Brooks representing himself in court on October 26, 2022YouTube/Screenshot

WAUKESHA, Wisconsin (LifeSiteNews) – A Waukesha County jury announced Wednesday that it had voted to convict Darrell Brooks on numerous murder and reckless endangerment charges over an attack carried out last year in which he plowed his SUV through crowds at a Christmas parade, killing six people.

Among the murdered victims was an eight-year-old boy named Jackson Sparks. A Catholic priest and “multiple parishioners and Waukesha Catholic school children,” were injured according to NBC News.

The Black Lives Matter supporter and repeat offender represented himself at trial and frequently displayed erratic behavior, including regular outbursts. He also repeatedly said he did not “consent” to being called Darrell Brooks, but instead tried to claim he was the “state of Wisconsin.” He accused the judge of not having a license to practice law and of violating her oath of law, often interspersing seemingly random legal terms as if they represented a valid motion in court.

Brooks was out on just a $1,000 bail prior to the murders, thanks to left-wing Milwaukee County District Attorney John Chisholm’s office. One of the charges against Brooks at the time was attempting to run a woman over with his car. “Earlier [in November 2021], he confronted a woman outside a motel. He knocked her phone out of her hand and drove off,” NPR reported. “He then returned, punch her in the face, and and ran her over with his vehicle. The report notes that the woman had tire marks on her pants in addition to other injuries from the incident.”

Never forget what this monster did pic.twitter.com/xEzhjsAPR1

Brooks faces life sentences for each of the murders, according to the Milwaukee Journal-Sentinel.

He also faces 12.5 years in prison for each reckless endangerment charge, the Journal-Sentinel reported.

“Burn in hell you piece of s***” is yelled at #DarrellBrooks from the gallery. Person is removed. #WaukeshaParade pic.twitter.com/SXYzdzxw3V

A protester inside the courtroom was removed at the beginning of the reading of the convictions for yelling at Brooks.