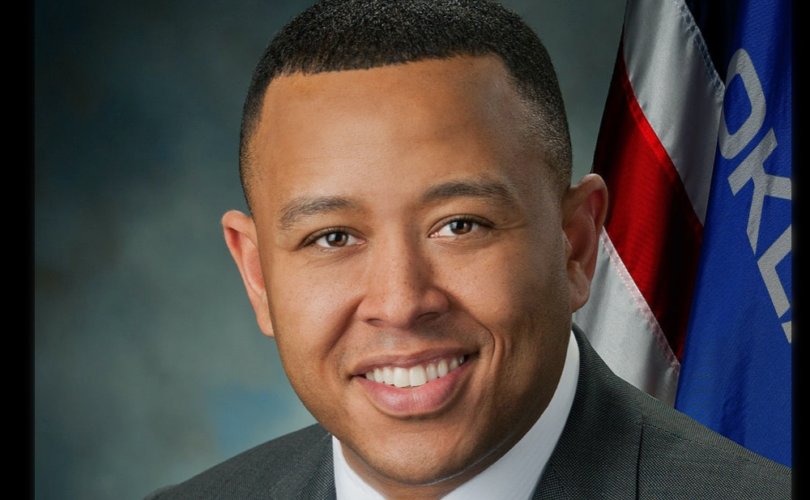 In a recent article for Fox News, Tahrohon Wayne (T.W.) Shannon, a Republican candidate for U.S. Senate in Oklahoma, asserted that the abortion industry targets black women and black babies.

Shannon wrote, “Their officially sanctioned regime of murder is especially effective in snuffing out the lives of Black and Brown babies. Big Abortion, led by Planned Parenthood, puts profit over principle, and lies over life.”

“Every single year since 1973, over 400,000 Black babies have been exterminated by the abortion industry,” he asserted.

“That’s more than 19 million boys and girls. And Planned Parenthood has received billions in taxpayer dollars from Democrats who control Congress and the White House.”

In the U.S., nearly 36% of all abortions are performed on African American babies although African Americans make up only 12.8% of the population. Many abortion clinics are built within walking distance of minority communities.

Shannon pointed out that the author of the leaked U.S. Supreme Court draft report which could overturn Roe v. Wade, Justice Samuel Alito, has stated that some supporters of abortion “have been motivated by a desire to suppress the size of the African American population.”

Alito continued, “It is beyond dispute that Roe has had that demographic effect. A highly disproportionate percentage of aborted fetuses are Black.”

Racism has been involved in abortion since it was first promoted in the United States. In covering up her genocidal aims, Margaret Sanger, the founder of Planned Parenthood, infamously said, “We don’t want the word to go out that we want to exterminate the Negro population.”

Sanger hoped abortion and contraception would bring about what she called the “elimination and eventual extinction of defective stock — those human weeds which threaten the blossoming of the finest flowers of American civilization.”

“Because that was always the plan. Liberal Democrats like Vice President, Kamala Harris, former Secretary of State, Hillary Clinton, and House Speaker, Nancy Pelosi, carry on Sanger’s dirty work, boasting about their support for abortion anytime and anywhere.”

In 2019, Clinton was given Planned Parenthood’s “Margaret Sanger Award.”

“I am really in awe of her,” Clinton said in her acceptance speech, “and there are a lot of lessons we can learn from her life.”

“The same race-hustling, (mostly rich and white) Democrat politicians who have been telling Black Americans for 50 years that all conservatives hate them, the same politicians who rail about the supposed structural racism of America, proudly support an organization that is single-handedly responsible for the deaths of more Black people than the Ku Klux Klan,” Shannon wrote.

“The Supreme Court may be on the verge of overturning a decision that has been devastating to Black babies,” he continued. “I welcome that day.”

Shannon concluded: “And I’m not afraid to tell the truth: don’t tell us “Black Lives Matter,” until Black Babies Lives Matter, too.”