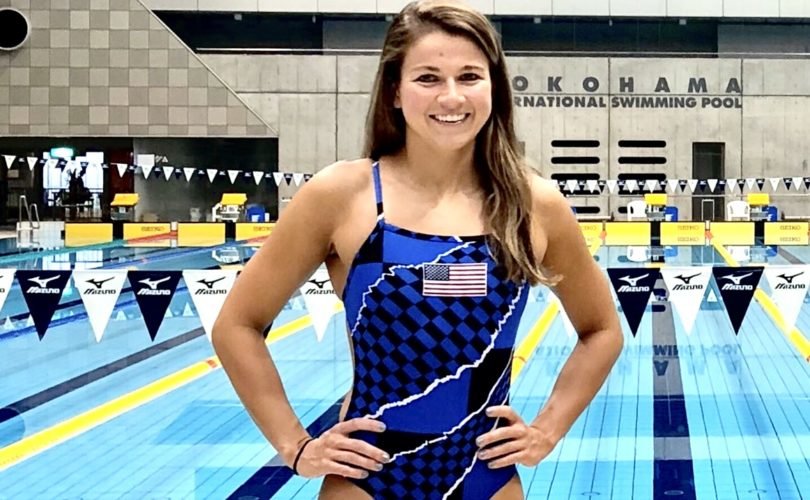 July 21, 2021 (LifeSiteNews) – A blind-deaf swimmer withdrew from the Paralympics after the U.S. Olympic and Paralympic Committee denied her a personal care assistant because of new restrictions.

Becca Meyers suffers from Usher syndrome, affecting both her vision and hearing. Despite her disabilities, Meyers is a three-time gold medalist and six-time Paralympic medalist.

In an interview with USA Today, Meyers revealed that she had been previously approved by the U.S. Olympic and Paralympic Committee (USOPC) to have her own personal care assistant (PCA). This year, however, she explained that the USOPC is denying “reasonable and essential accommodation for me to be able to compete at the Games,” citing COVID-19 restrictions.

“Heartbroken to share that I’m withdrawing from the Tokyo Paralympic Games,” she tweeted. “The USOPC has repeatedly denied my reasonable and essential accommodation because of my disability, leaving me no choice.”

This year, the USOPC will be limiting staff to follow new COVID-19 restrictions. Meyers was told that they will only provide one PCA to assist the athletes. This PCA is responsible for 33 other athletes.

She revealed that this is not the first time that the Paralympics has failed disabled athletes. “At the 2016 Paralympic Games in Rio, I was crippled with fear and anxiety before competition even began,” she recounted.

Meyers explained that the staff was unprepared to care for a blind-deaf athlete, and she was not given the help she needed. This resulted in her being moved to the hotel where her parents were staying so she could receive the necessary care.

“How could I possibly set foot in a foreign city, with the numerous restrictions and barriers that COVID-19 has put up and expect to feel safe for two weeks?” she asked.

“Every single Paralympian has earned the right on this team to compete for our country,” Meyers continued. “Advertisers, brands and networks are all celebrating athletes with disabilities. Showcasing us breaking barriers, defying odds, overcoming adversity.”

“What you don’t see, though, is that many of those barriers and adverse situations are being created by our own Paralympic structure,” she added.

Meyers is not the only athlete who faces challenges because of COVID-19 regulations. Kim Gaucher, a member of the Canadian national women’s basketball team, was told that she could not bring her breastfeeding baby to the Olympics. This caused an uproar across social media platforms.

After the outbreak on social media and numerous appeals from Gaucher, the International Olympic Committee and Japanese organizers are allowing her to attend with her baby.

Similarly, Meyers’ story is being shared on social media. “This is disgraceful,” EWTN reporter Raymond Arroyo tweeted in response to her story.

U.S. Sen. Ben Cardin, D-Maryland, condemned the USOPC, saying, “It is disgraceful that she was denied essential and reasonable accommodations, which led to her withdrawal from the Tokyo Olympics. Our Paralympic athletes deserve better.”