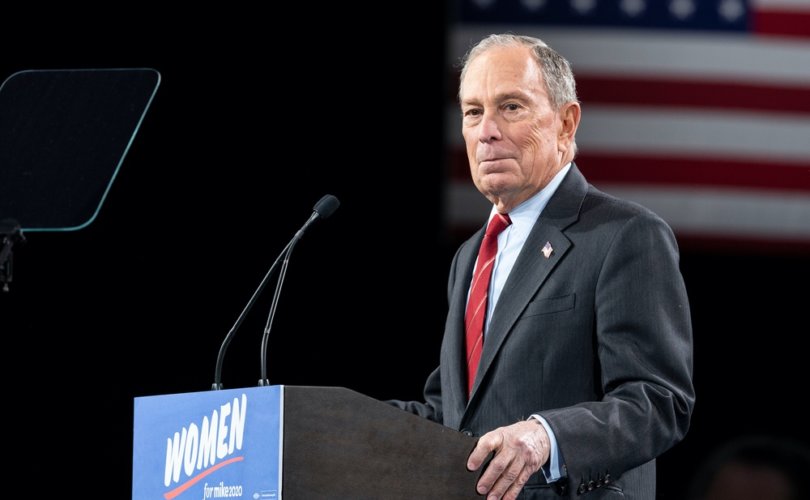 September 30, 2019 (LifeSiteNews) – Former New York City Democrat Mayor Michael Bloomberg made a curious claim about the leadership of China recently, claiming that President Xi Jinping is “not a dictator” and the ruling Chinese Communist Party is ultimately accountable to the people living under the regime.

“The Communist Party wants to stay in power in China and they listen to the public,” Bloomberg said during a discussion of global carbon emissions on PBS’ Firing Line. “When the public says, ‘I can't breathe the air,' Xi Jinping is not a dictator. He has to satisfy his constituents, or he's not going to survive.”

“He's not a dictator?” host Margaret Hoover incredulously responded. “He doesn't have a vote, he doesn't have a democracy. He's not held accountable by voters. Is the check on him just a revolution?”

“No government survives without the will of the majority of its people,” Bloomberg insisted. “Even (in) governments that aren't what we call a democracy, there are lots of stakeholders who have vested interests and they have an impact.”

.@MikeBloomberg tells @FiringLineShow that China's leader is addressing pollution to satisfy constituents & secure his political future.
“The Communist Party wants to stay in power in China and they listen to the public,” he says. pic.twitter.com/B9SoAXJwrM

China technically holds elections, but most candidates can only “run” if approved by the Chinese Communist Party, which also bars meaningful competition from any other party. “Political positions are directly elected only at the lowest administrative levels,” international watchdog Freedom House wrote. “In practice, however, independent candidates for these posts are often kept off the ballot or out of office through intimidation, harassment, fraud, and in some cases detention.”

The regime takes numerous actions to quash dissenting opinions among the populace, from raiding churches not approved by the state to widespread surveillance efforts to deny internet access to “illegal” information. The regime has also been accused of grotesque human-rights violations such as forced organ harvesting. Its longstanding practice of forced abortions to limit population growth is well known.

Bloomberg’s remarks come weeks after the former mayor announced he is organizing a global economic forum to be hosted in Beijing in November.