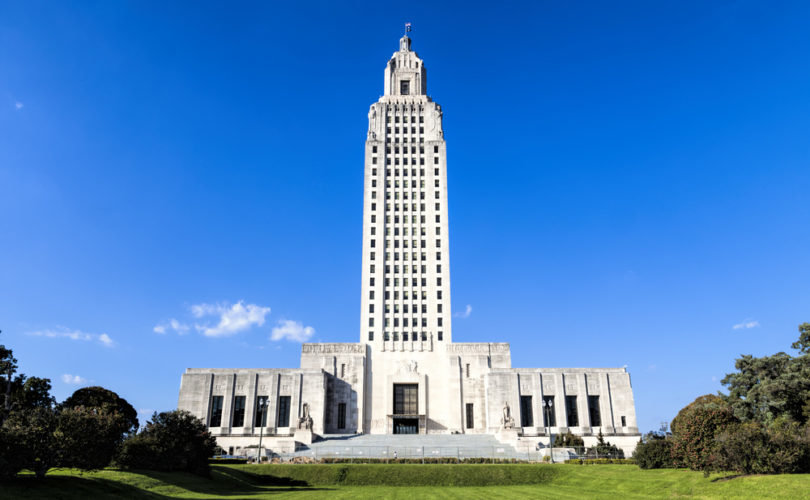 BATON ROUGE, LA, April 16, 2015 (LifeSiteNews.com) — A Louisiana lawmaker kicked off the state’s legislative session Monday by publicly criticizing a religious freedom bill currently before the legislature, claiming it makes Louisiana look bad, and likening it to hate, prejudice and bias.

Senate President John Alario said the Marriage and Conscience Act “puts Louisiana in a light of hatred and bigotry and discrimination.”

“As it was originally introduced, I’m not in favor of it,” Alario stated. “It would put Louisiana in such a bad light, we don’t want any part of it.”

The Marriage and Conscience Act would protect residents acting “in accordance with a religious belief or moral conviction” pertaining to marriage, by prohibiting the state from denying them business licenses, benefits, or tax deductions due to their actions in keeping with their conscience. It seeks to eliminate fear of state retribution for wedding planners, photographers, and bakers who take issue with providing services for “homosexual weddings.”

The bill hit an obstacle after a legislator tried to take action on it while its sponsor, Republican House Member Mike Johnson, was not present, Democrat Representative Walt Leger reported. But Leger, No. 2 ranking lawmaker, who was presiding at the time, and who opposes the bill, would not offer more specifics about what action had been sought.

The Louisiana religious freedom bill has the support of Gov. Bobby Jindal, who took steps to clear up the discrimination narrative before both chambers of the Louisiana legislature.

“I absolutely intend to fight for the passage of this legislation — and any other that seeks to preserve our most fundamental freedoms,” Jindal said. “All this bill does is provide necessary protections for individuals to prevent adverse treatment from the state based on religious beliefs regarding marriage. This legislation does not allow a restaurant or industry to refuse service to a gay or lesbian person.”

Jindal, a potential 2016 Republican presidential candidate, has stayed strong in favor of his state’s religious freedom bill, which has some of the strongest language compared to others, and his posture is a marked contrast to Republicans in other states surrendering to pro-homosexual pressure.

The Louisiana Marriage and Conscience Act was not sent to a House committee, stalling it for now from getting a public hearing or legislative vote. It was the only one among hundreds of bills introduced Monday that was not sent to committee.

It’s not yet clear whether Jindal and Johnson, the bill’s sponsor, will have an uphill battle garnering support from their fellow members of the GOP, as other Louisiana Republicans treaded softly when asked about the act, citing the state’s $1.6 billion budget shortfall.

Senator Robert Adley said that although the issue has “clearly gathered national attention,” he has not taken a position yet on the religious freedom bill. “Right now I’m more interested in doing what we were sent here to do and that is deal with this budget.”

“To be honest,” House Speaker Chuck Kleckley said, “I’ve been spending all my time on the $1.6 billion (budget deficit) and haven’t had a chance to dig into it.”