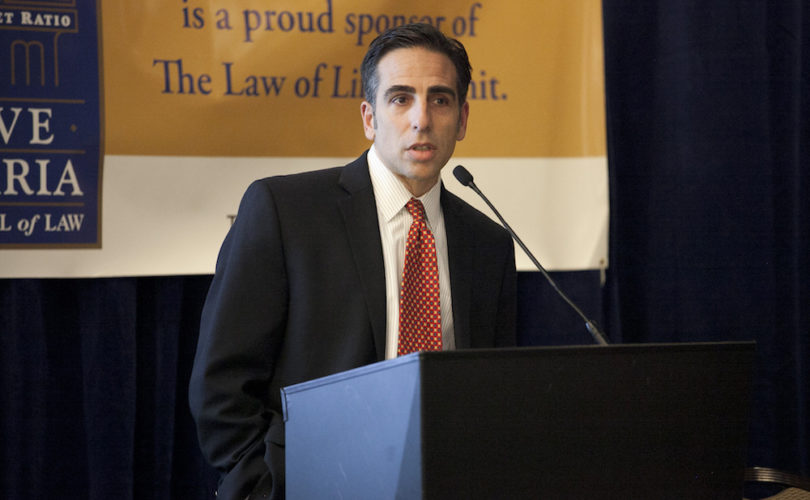 Sept. 6, 2016 (LifeSiteNews) — During the 11 years since the “brutal and barbaric” death of his sister Terry Schiavo, Bobby Schindler has seen America’s health system becoming “increasingly aggressive” in its efforts to end the lives of those it deems unworthy.

Schindler, now 51 and head of the Terry Schiavo Life and Hope Network, will speak at Life Canada’s first New Hope Fundraising Gala on September 29 in Vancouver. He told LifeSiteNews that he will talk about the long, much publicized and eventually doomed struggle to protect Terry from a husband who claimed she preferred death to permanent disability. He will also discuss his own commitment to protect others whose disabilities have put them at the mercy of hospital staff or kin.

“When we were fighting for Terry,” he said, “we became aware of many others who told us of their very similar struggles on behalf of family members and wanted to encourage us.” Once Terry Schiavo’s husband won a court order allowing her to be starved and dehydrated to death, Schindler realized the best way to honor her memory was to continue the fight to defend human dignity.

Schindler told LifeSiteNews that since her death in 2005, he has seen an increasing promotion by the medical system of “quality of life” to justify killing vulnerable individuals unable to speak for themselves. But the system’s true goals are not humanitarian. “They are cost-cutting,” he said.

Those who want a relative’s life sustained out of hope for the person’s recovery or simply out of respect for his or her life often do not know their rights to resist the pressure from hospital staff. That is where Schindler’s group comes in. “They need advocates who know the health system and know the law,” he said.

One positive development is the willingness of judges to issue orders protecting the vulnerable. Their motivation is simple, Schindler said. “The judges know that if the hospital is wrong [about how hopeless the patient’s situation is], there is no way to take back the decision once they are dead.”

Schindler said he knew of two recent cases where courts stopped hospital staff and parents from pulling the plug at the behest of boyfriends, and the girls in question regained consciousness.

How does he counter the arguments of those who contend that keeping some people alive simply prolong their agony? “Nobody chooses to live permanently with a serious brain injury,” he replied. “But we as a society have to decide how to best respond to people with disabling conditions. We are called upon to show them compassion and treat them with the dignity they deserve as human beings, not get rid of them because they don’t come up to some standard.”

Guest Speaker: Mr. Bobby Schindler the brother of Terri Schiavo, the Florida woman who was starved to death by court order. Since her death, Bobby has assisted over 1500 medically vulnerable patients and families. Don't miss this opportunity to hear Mr. Bobby Schindler discuss the life and death of his sister and how Canadians can still have hope despite new euthanasia and assisted suicide legislation.