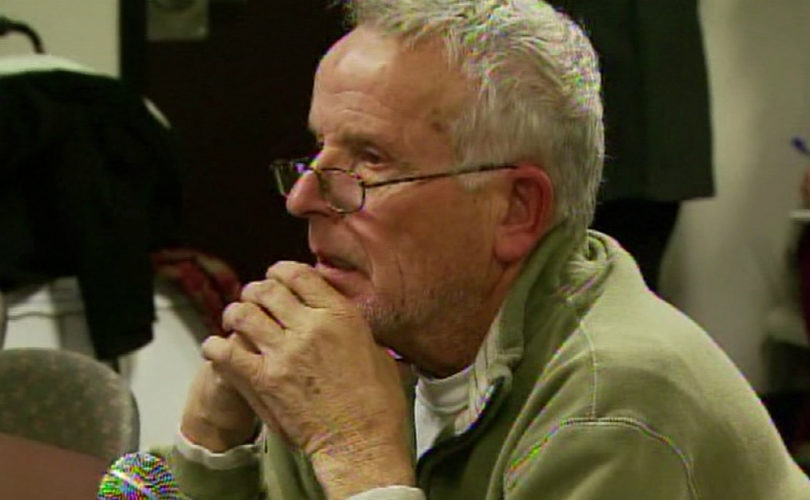 WILL COUNTY, Illinois, September 14, 2019 (LifeSiteNews) – The bodies of 2,246 aborted babies were found in the home of a recently deceased abortionist who previously operated in 2020 Democrat contender Mayor Pete Buttigieg’s South Bend, Indiana.

Abortionist Dr. Ulrich Klopfer committed abortions at The Women’s Pavilion in South Bend, Indiana – home to the University of Notre Dame and the city where Buttigieg rose to political prominence – and at other Indiana facilities until his medical license was suspended in 2016.

As the watchdog group Operation Rescue has extensively documented, Klopfer had a history of abuses, including failing to report statutory rape of a 13-year-old and a 10-year-old. He sent the latter home with her parents, who knew their daughter was raped by her uncle but didn’t want him prosecuted, without reporting it to the police.

The Will County Sheriff’s Office announced on September 13 that “an attorney representing the family of Dr. Ulrich Klopfer” called the county coroner’s office on September 12 to inform them “that while going through the doctor’s personal property they discovered what appeared to be fetal remains and requested that the Will County Coroner’s Office provide proper removal.”

“The family is cooperating fully with this investigation. There is no evidence that any medical procedures were conducted at the property.”

On its abortiondocs.org database, Operation Rescue lists two Indiana abortion facilities as being affiliated with Klopfer. The lack of evidence that any of the babies were killed on Klopfer’s Illinois property raises the possibility they were aborted in Indiana and transported across state lines – something that could be grounds for federal involvement. Operation Rescue’s Cheryl Sullenger told LifeSiteNews she was not aware of Klopfer operating any abortion centers in Illinois.

“We are horrified by the reports of over 2,000 fetal remains being found on the property of Dr. Ulrich Klopfer, a man who operated abortion facilities in Gary, South Bend[,] and Fort Wayne,” commented Mike Fichter, President and CEO of Indiana Right to Life. “These sickening reports underscore why the abortion industry must be held to the highest scrutiny. We are calling on Indiana authorities to join in the investigation to determine if these fetal remains have any connection to abortion operations, or personnel, in Indiana.”

Dr. Monica Migliorino Miller, director of Citizens for a Pro-Life Society (CPLS) and a longtime pro-life activist, told LifeSiteNews that sadly, she wasn’t surprised by the grisly discovery.

“Indeed, 31 years ago Citizens for a Pro-Life Society, with the Pro-Life Action League, found hundreds of aborted babies killed by Klopfer left out for garbage pick-up on the loading dock of the Vital Med laboratory in Northbrook, [Illinois],” said Miller. “These were babies he killed at the Indiana abortion center where he worked at that time – [the] Fort Wayne Women's Health Organization, owned then by Susan Hill, who decades ago ran a string of abortion clinics. Many of the bags containing the babies even had his name scribbled on them.”

“Citizens for a Pro-Life Society buried some of the Klopfer babies in Tallahassee, [Florida], but many of them were buried in Fort Wayne – as we delivered them to the pro-lifers there for the purposes of their internment.”

Miller described in her memoir Abandoned: The Untold Story of the Abortion Wars finding, rescuing, photographing, and burying the bodies of aborted babies she and other activists found left out with the trash during the early days of legal abortion. She said CPLS is working on arranging burial for the 2,246 babies.

In May 2019, the U.S. Supreme Court upheld an Indiana law requiring the humane burial or cremation of aborted babies. The law was signed by then-Governor Mike Pence in 2016, before he left office to become President Donald Trump’s running mate.

“We grieve for the thousands of innocent victims of Ulrich Klopfer. Their humanity is undeniable,” said Marjorie Dannenfelser, President of the Susan B. Anthony List. “This devastating discovery proves Kermit Gosnell’s ‘House of Horrors’ was not an outlier and shows the U.S. Supreme Court ruled correctly in upholding Indiana’s law…We hope Klopfer’s victims will finally be treated with respect, and that this atrocity will awaken hearts and consciences across the nation to the brutal reality of abortion.”

Gosnell, the Philadelphia abortionist who was convicted of murdering babies outside the womb, is currently serving three life terms in prison. In his trash-filled, squalid clinic, he, too, kept trophies of the babies he aborted – their feet preserved in as many as 50 jars, a similarity Sullenger noted.

“The discovery of the aborted babies on Klopfer’s property is reminiscent of Kermit Gosnell’s practice of keeping dismembered aborted baby feet as trophies, which is typical behavior of known serial killers,” she told LifeSiteNews. “Or, it is possible that [they] were kept because he was too cheap to pay for a company to properly dispose of them. We will have to see what the investigation shows.”

The abortion facility currently operating in South Bend is Whole Woman’s Health, which Buttigieg defended as recently as last month.