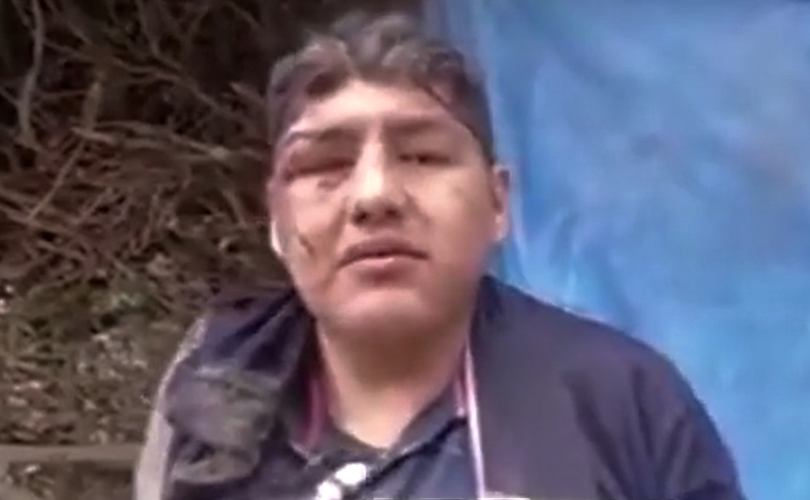 (LifeSiteNews) — A man in Bolivia broke out of a coffin just a few days ago after being buried alive “as a sacrifice to mother earth.”

Victor Hugo Mica Alvarez, 30, passed out after heavy drinking on the evening of August 5 at the start of the “Pachamama” Mother Earth Festival in El Alto, Bolivia. He awoke in the middle of the night only to find himself 50 miles away in Achacachi enclosed in a casket.

At the Festival of the Pachamama, Bolivians make offerings to the goddess of earth and fertility in the form of animal sacrifices, including sheep fetuses, cocoa leaves, and as the present case indicates, even human sacrifice. These offerings are called “sullu,” and they made especially in the month of August because that is when the goddess is thought to “open her mouth” for such sacrifices.

Alvarez believes he was buried by his companions as a sacrifice to the Pachamama. He told the local Bolivian news outlet Página Siete, “Last night was the pre-entry [of the festival], we went dancing. And afterwards I don’t remember. The only thing I remember is that I thought I was in my bed, I wanted to get up to go urinate and I couldn’t move. When I pushed the coffin, I was able to break a glass that it had and that way I was able to get out. They wanted to use me as a sullu.”

However, when Alvarez reported the incident to police, they at first refused to believe him, thinking he was too drunk.

In 2019, when the Pachamama idol was worshipped in the Vatican gardens just outside St. Peter’s Basilica in the presence of Pope Francis, Bishop Athanasius Schneider pointed out in a statement on the issue that there is a living cult of the Pachamama in South America, especially among the indigenous peoples of the Andes. Along with many other clerics, Schneider forcefully condemned the worship of the goddess of fertility, who demands child sacrifice, a practice maintained to this day in certain places.

In Bolivia, the offerings to the Pachamama continue throughout the year. Many indigenous people participate in dances, sacrifices, and ritual ceremonies that surround the worship of the goddess.