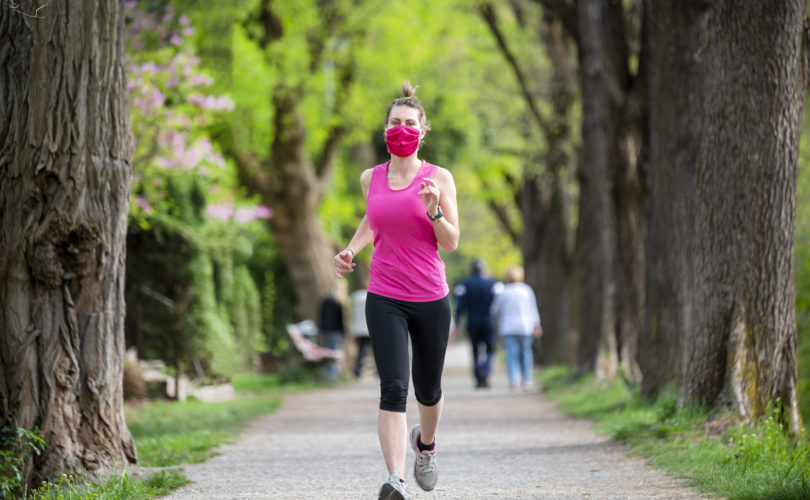 WASHINGTON, D.C., May 13, 2021 (LifeSiteNews) — The U.S. Centers for Disease Control & Prevention (CDC) has been caught citing misleading stats in order to justify forcing Americans to wear masks outdoors, where the risk of contracting COVID-19 is near zero.

The CDC long maintained that there is about a 10 percent chance of COVID-19 transmission when the actual number is likely anywhere from one percent to less than 1/10th of a percent, according to multiple experts. That means the CDC has inflated the possible risk — and the fears of Americans who rely on information and recommendations supplied by the government organization — up to 100 times higher than actually warranted.

The number “seems to be a huge exaggeration,” according to University of St. Andrews virologist Dr. Muge Cevik in a statement to The New York Times (NYT), which broke the story.

“Saying that less than 10 percent of Covid transmission occurs outdoors is akin to saying that sharks attack fewer than 20,000 swimmers a year. (The actual worldwide number is around 150.) It’s both true and deceiving,” averred the NYT report.

In fact, “there is not a single documented Covid infection anywhere in the world from casual outdoor interactions, such as walking past someone on a street or eating at a nearby table,” NYT reporter David Leonhardt wrote. Further, much of the data comes from cases at buildings such as schools and construction sites in Singapore that were eventually and inaccurately classified as outdoor transmissions.

Has the NYT run afoul of social media community standards by telling the truth?

By uncovering the CDC’s exaggerated stats, the leftist NYT has conducted the same sort of truthful reporting that led YouTube to permanently deplatform LifeSiteNews in February.

The U.S. government’s campaign of fear and shame

The CDC’s unself-conscious campaign of fear has had a huge impact on vast segments of the U.S. population.

Pollsters at the Morning Consult found that people who received the COVID-19 vaccine are more afraid of returning to normal life than those who have not been vaccinated. The following chart, published by Fox News, displays the stunning level of fear still experienced by the vaccinated:

“What does this tell us?” asked Tucker Carlson on his Fox News show. “Among other things, it tells us that we’ve long ago left the realm of science, and are instead in a state of mass hysteria and mass manipulation.”

“Many Americans are too scared to think clearly,” noted Carlson. “If you’ve had the vaccine, which you say you believe is effective, but you’re too afraid to rent a car for fear of getting COVID, you’re not thinking clearly. And you’re not thinking clearly because you’re too afraid. And you’re afraid because you’ve been told for more than a year that you are required to be terrified.”

“And the arrival of the vaccine has not calmed you at all,” continued the Fox News host.  “Instead, demagogues have instructed them to channel their fear into hate, and turn it on anyone who disobeys their orders. The result is vaccinated Americans in masks cannot be happy or feel safe, or feel any relief at all, until every other person in the country joins them in getting the shot, and covering their faces. That’s not rational. That’s not science. It’s something much darker than that. What began as public health measures have become instruments of social control.”

Politicians in Orange County are building a digital database of residents who’ve been vaccinated against COVID. Not surprisingly, some citizens fear that information could be used going forward to violate their privacy, or to limit their constitutional rights. No matter where you are on vaccine passports, those are obviously valid concerns. They’re not crazy.

If authorities in Orange County decided to start a database of everyone infected with HIV, or every woman who’d had an abortion, civil libertarians and others would, of course, ask vigorous questions about it. But with COVID, there are no questions allowed. Orange County’s board of supervisors effectively ignored Tuesday’s protest. One of the supervisors, a Democrat called Katrina Foley, dismissed the protestors with undisguised contempt. “They don’t believe in vaccines,” she snorted.

By issuing differing directives for the vaccinated and unvaccinated, the CDC is attempting to cast shame on those who must continue to wear masks.

By abstaining from the C19 jab, is a U.S. Senator revealing himself to be a ‘Russian asset?’

After Republican U.S. Senator Ron Johnson told Carlson on Monday that since he has already had COVID-19 and after having consulted with his physician, he decided to abstain from the C19 vaccine.

“There is no medical reason for him to get the vaccine,” noted Carlson. “People shouldn’t take medicine they don’t need. Ron Johnson has decided for these reasons against getting the shot. Now, that is not a crazy position. In fact, it’s an entirely rational position.”

Yet in a brief video clip, MSNBC’s Brian Williams denounced Sen. Johnson’s declaration on Fox News, suggesting that he may be acting as stooge for Russia:

I know really smart, educated, substantial people who believe (Sen. Johnson) to be a witting or an unwitting asset of Russia — who would sound a lot like that — in American society.