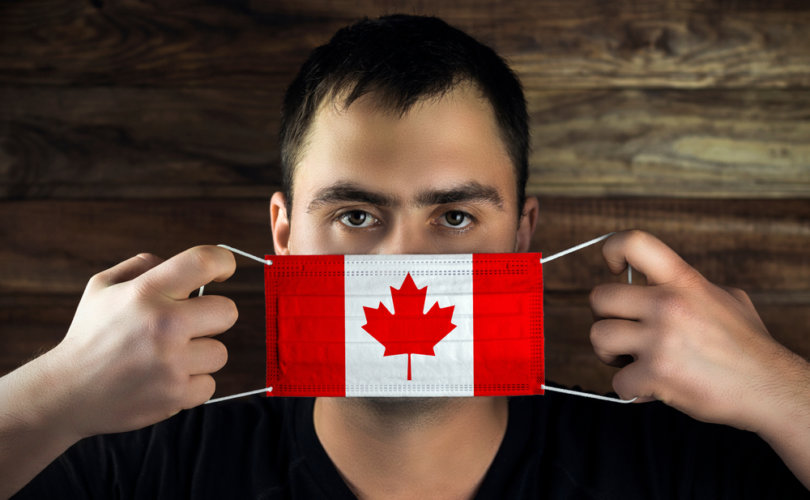 OTTAWA, Canada, March 11, 2021 (LifeSiteNews) — Canada’s national statistical agency stated in a report released yesterday that there are “excess deaths” in the country when compared to previous years, but those deaths are not due only to COVID-19, but are due increasingly to what it calls “indirect consequences of the pandemic,” citing as examples “delayed medical procedures” due to lockdowns and “increased substance use.”

“In the early months of the pandemic, the weekly number of excess deaths and deaths caused by COVID-19 were closely aligned and mostly affected older populations, suggesting that COVID-19 itself was driving excess mortality in Canada,” stated Stats Canada in its March 10 report titled “Provisional death counts and excess mortality, January to December 2020.”

“However, more recently, the number of excess deaths has been higher than the number of deaths due to COVID-19, and these deaths are affecting younger populations, suggesting that other factors, including possible indirect impacts of the pandemic, are now at play,” the report added.

Stats Canada reported that in 2020, there were an estimated 296,373 deaths in Canada, representing an excess of 13,798 deaths above and beyond what would have been expected had there been no pandemic.

“This is about 5% more deaths than expected in that period,” the report stated.

But the statistics agency went on to point out how last year saw across the country a significant spike in, for example, overdose deaths, as lockdowns forced drug users to withdraw to themselves and away from “substance use treatment programs” that could help them.

An additional Stats Canada report released today on the social and economic impacts of COVID-19 in the country doubled down on the claim from the previous report, stating that “non-COVID-19-related deaths account for some of the excess mortality.”

The report listed delayed cancer screenings, a plummet in Canadians’ overall mental health, and damage caused to low-income Canadians as consequences of the “lockdowns” and “restrictions” put in place by government authorities to keep people safe from the virus.

“For colorectal cancers, a six-month suspension of primary screening could increase cancer incidence by 2,200 cases, with 960 more cancer deaths over the lifetime,” the report stated.

Canada has a population of about 37 million. The government of Canada reports today that there have been about 22,000 deaths attributed to COVID-19, meaning that a mere .05 percent (five one-hundredths of one percent) of the population has succumbed to the virus. Of the estimated 896,739 cases, there have been 843,962 recoveries, meaning that about 95 percent of those infected have already recovered.

The majority (88.5 percent) of COVID-19 deaths in Canada have been among the elderly (70 years and older), many of them residents of long-term care homes. Statistical research shows that children, teens, and young adults “do not have a high-risk for significant negative medical outcomes, including fatality” from COVID-19 infection. A July 2020 U.S. study by Ealy, McEvoy, Gupta, and others, found that children have a probability of recovery of 99.9577% from COVID-19 infections.

Toronto Sun columnist Anthony Furey, commenting on the Stats Canada reports, said that politicians who claimed that lockdowns would cause no harm need to be held to account.

“As the months pass by, there will be more and more such reports and stories about the harms of lockdowns. The evidence suggesting that the cure was worse than the illness will mount. This will be maddening for those who have been ringing the alarm bell on this for quite some time, to see their predictions sadly materialize,” he said.

“All of those politicians, public health officials and talking head medical experts on TV who acted like there could be no negative repercussions from lockdowns will stealthily pivot in the coming months and attempt to rewrite history. They’ll try to say that they were never all that hardline and that they were actually among those voices calling for a more balanced approach. So here’s a question: Are Canadians going to let them get away with it,” he added.

Stats Canada’s reporting confirms the warning of numerous anti-lockdown advocates who have made the case that the so-called “cure” of shutting down the country and keeping people at home will be far worse than the effects of the coronavirus “disease.”

In February, a group of both federal and provincial politicians banded together to form the non-partisan “End the Lockdowns National Caucus” with the sole goal of ending lockdowns. “After careful examination and scrutiny of mitigation measures undertaken by all levels of government, it is now evident that the lockdowns cause more harm than the virus and must be brought to an end,” a position statement of the group reads. ​

The lockdowns have negatively affected all segments of society, including the youngest.

The Children’s Hospital of Eastern Ontario (CHEO) reported in January how it’s seeing a “disturbing trend” of babies coming to the hospital with “fractures and head trauma” in the wake of COVID-related lockdowns across Ontario and Quebec. “In my 16 years at CHEO, I have never seen this many infants with serious maltreatment injuries,” said Dr. Michelle Ward, pediatrician and Medical Director for Child and Youth Protection at CHEO, in a Jan. 29 press release.

Academics have also weighed in, pointing out that the lockdowns could result in more deaths than the virus in the long term.

Academics from Harvard, Duke, and Johns Hopkins universities recently released a paper projecting that COVID lockdowns will result in a “staggering” one million excess deaths in the U.S. over the next decade-and-a-half due to a spike of health-related issues caused by unemployment.

Other doctors and health professionals from all over the world have also banded together in opposition to lockdowns to stop the spread of COVID.

The signers call upon policymakers to allow those who are less vulnerable to COVID-19 to be “allowed to resume life as normal.”

“Coming from both the left and right, and around the world, we have devoted our careers to protecting people. Current lockdown policies are producing devastating effects on short- and long-term public health. The results (to name a few) include lower childhood vaccination rates, worsening cardiovascular disease outcomes, fewer cancer screenings and deteriorating mental health — leading to greater excess mortality in years to come, with the working class and younger members of society carrying the heaviest burden. Keeping students out of school is a grave injustice,” the declaration states.