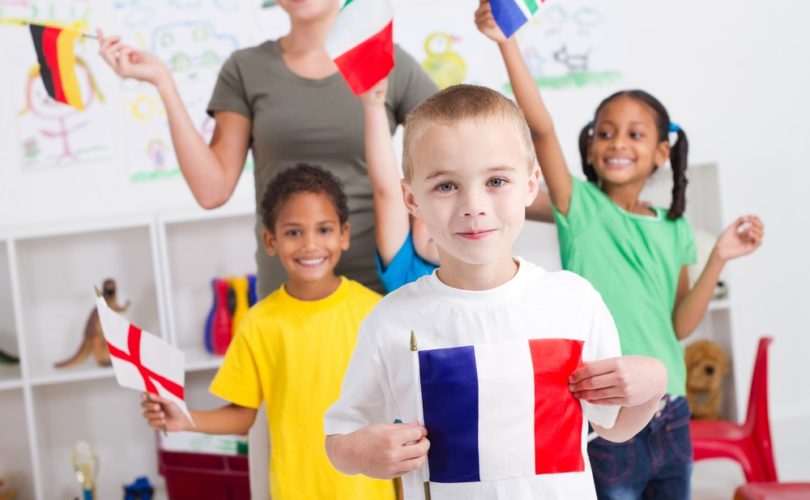 January 22, 2016 (LifeSiteNews) – France’s natural population increase hit an unexpected low in 2015, down between 20 and 33 percent compared with the last nine years and the overall lowest since 1976. Deaths are up and births are down, says the latest report on the French demography of the INSEE, the National Institute of Statistics.

To be sure, the net increase is still at a comfortable level: by the end of 2015, France had 250,000 more citizens than the previous year, including about 20 percent who represent the estimated migration balance between people who left and those who arrived. But the birth rate curve is going steadily down.

While the French press gave prominence to the subject – in previous years, France’s birth rate was a source of national pride – few underscored the really worrisome aspect of the latest figures: the number of women of child-bearing age is going steadily down, and even spectacularly so since 2006. Those in the 20-40 age bracket are hit hardest: from 9.3 million in 2006, they went down to 8.5 million in 2015, even though the general population has continued growing. This is due to aging: the older cohorts are gaining, with the over 65s representing an estimated 18.8 percent of the total population in 2015, over 3.5 points more than in 1996.

The fact that the number of women of child-bearing age is shrinking means, all other things being equal, that the French birth rate will necessarily go down. The effects of this situation have not been immediate: over the last decades, the average age at which women give birth has been going steadily up and has now reached 30.4. Most of these women will have no more and no fewer children than if they had had their first child earlier – the completed fertility rate remains roughly the same.

Has the breaking point been reached? Time will tell. But it is a possible explanation for the more rapidly declining number of births.

After having risen noticeably since the year 2000, when it reached 1.89 children per woman of child-bearing age, the upward trend of the total fertility rate capped at 2.03. In 2015, it reached a five-year low at 1.96. This is reasonably good compared with suicidal rates in many European countries, second only to Ireland. But the figure should exceed 2.1 children per women to guarantee a simple replacement of generations, and that has not been the case since 1974.

Abortion was made legal in France in January 1975.

What is the reason for the latest decline? Analysts are quoting psychological reasons, including the terrorist attack in Paris in January and the ongoing economic crisis – even though the financial crisis in 2008 did not provoke a noticeable decrease in births.

Another and probably more important factor is the socialist government’s zeal in gradually dismantling many family-friendly aspects of the French tax system – for example, childcare benefits and other state incentives for larger families. Since July of 2015, the universality of child benefits was scrapped, and many higher- and middle-income families were hit by substantial cuts. Help toward childcare was also made income-dependent, and the traditional tax relief proportionate to the number of children in a fiscal home was reduced over the last few years.

Heavy taxation on high- and middle-income families, the high cost of housing in France, and redistribution of wealth to low-income families did the rest. A spokeswoman for the World Movement of Mothers told the press that her organization now frequently meets parents who hesitate to have a third child.

Obviously, this is not a stable context for having a child, let alone a large family.

Ethnic statistics are taboo in France, but it must also be added that many births occur within the growing immigrant community, where the birth rate is traditionally higher. Estimates quote the fertility rate of French-born mothers as being nearer to 1.7 children per woman when foreign-born mothers are left out of the statistics.

There were more deaths in France in absolute numbers than in any year since the Second World War: 600,000, up 7.3 percent from 2014. An uncommonly long flu season, hot weather in July, and cold weather in October are being held responsible by the INSEE for excess mortality to the tune of 30,000 among the older age-cohorts, which if true leaves 11,000 deaths unexplained. At any rate, life expectancy has dropped notably: down by four tenths of a year for women and three tenths for men, to 85 and 78.9, respectively.

Cynics may consider this good news. As the aging population weighs more heavily on the workforce, lower life expectancy would afford some relief.

The INSEE’s report gives no details as to abortion figures in France last year. At an average annual estimate of 210,000, more than one in five pregnancies ends with an abortion. Only days after the French health minister, Marisol Touraine, announced that all medical acts related to abortion will be fully refunded under the national insurance system, and the institution of abortion quotas for all the regional health agencies, the bad news about French demographics shed an even sadder light on those statistics.