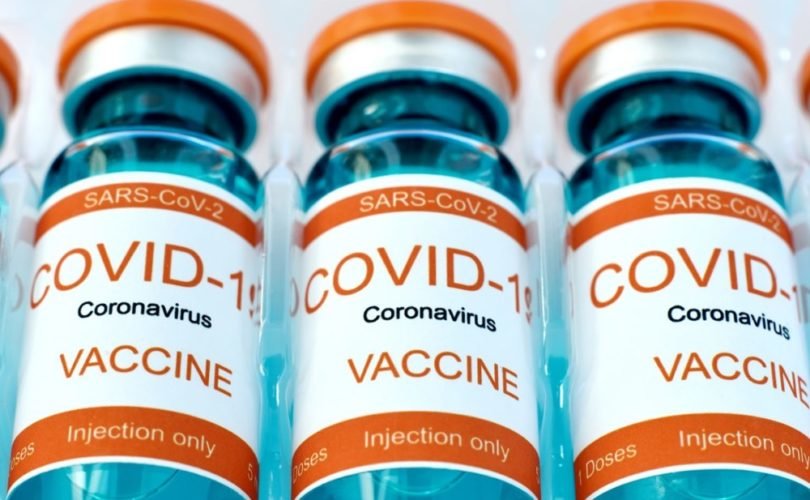 (LifeSiteNews) – A letter published in the New England Journal of Medicine (NEJM) on Wednesday reported that the effectiveness of the anti-COVID shots wanes significantly within months of receiving them, and that the majority of study participants who contracted the virus had been double-jabbed.

Researchers at the University of California San Diego Health (UCSDH) tested healthcare workers at the facility as well as faculty and staff members at the medical school from March 1, 2021 to July 31, 2021, for infection with COVID-19, categorizing individuals as either vaccinated (those who had received both doses of either the Pfizer or Moderna mRNA-developed shots) or unvaccinated.

The university employed a strict testing regimen, requiring anyone who expressed one symptom correlated with COVID-19 to undergo a PCR test for the virus, and UCSDH has maintained an equally strict mask mandate throughout the research timeframe.

The researchers reported that 227 staff tested positive for the virus following a PCR test, over 57 percent of whom had been double-jabbed and were thus considered fully vaccinated. Of those testing positive who had received the COVID shots, 83.8 percent displayed symptoms of COVID-19, only slightly less than the 88.9 percent of symptomatic individuals who were unvaccinated. No deaths occurred among either group; however, the report notes that one unvaccinated individual was hospitalized with symptoms of the virus.

That there was little difference discovered between the percentage of symptomatic individuals between both groups suggests that viral loads are carried by both the vaccinated and unvaccinated in much the same measure.

In terms of efficacy, the clinical trials performed by Pfizer suggested that its injection has an effectiveness against COVID infection of 95 percent, with Moderna reporting a 94.1 percent figure for its mRNA shot. The research team reported that “vaccine” effectiveness at USDC was originally calculated to be in excess of 90 percent in March, but that the efficacy sharply dropped just four months later, falling to 65.5 percent in July.

The research team suggested that the drop in effectiveness of the jabs was “due to both the emergence of the delta variant and waning immunity over time, compounded by the end of masking requirements in California [on June 15] and the resulting greater risk of exposure in the community.”

The team evaluated their findings to demonstrate “the importance of rapidly reinstating nonpharmaceutical interventions, such as indoor masking,” despite there being multiple studies debunking the claim that masking has a significant impact on mitigating the spread of the virus.

Investigative reporter Alex Berenson suggested that the NEJM publication of 65 percent effectiveness likely “overstates real vaccine effectiveness,” since many of those who had received the shots “were still at or close to peak protection,” many of the healthcare workers tested were “young and healthy and thus more likely to have a strong immune response,” and finally that many of the group were jabbed with Moderna’s shot, “which has a higher dose and thus may last slightly longer than Pfizer.”

In fact, the researchers suggested that a need for “booster doses may be indicated” by their findings, in addition to an increase in “intensive testing strategies,” and “continued efforts to increase vaccinations.”

Already proposals for COVID booster shots have been circulating among U.S. Food and Drug Administration (FDA) and Centers for Disease Control and Prevention (CDC) talking heads, with White House COVID-19 Task Force coordinator Jeffrey Zients announcing in an August 18 interview that the Biden administration is preparing for “the potential need for vaccine booster shots.”

Zients explained the government’s position to arise from a perceived upsurge in so-called COVID “cases,” which he said are “concentrated in communities with lower vaccination rates. So this remains a pandemic of the un-vaccinated.”

“We know getting more people vaccinated is the best way to end this pandemic,” he added.

Noting the evidence of COVID shot effectiveness waning dramatically over time, U.S. Surgeon General Dr. Vivek Murthy stated that the White House hopes “to offer booster shots to fully vaccinated adults, 18 years and older” beginning the week of September 20. Those who are eligible to receive the shot can do so “eight months after their second dose of Pfizer or Moderna mRNA vaccines” and there will be no charge.

Although CDC Director Rochelle Walensky claimed that the jabs “continue to offer the best protection against severe COVID illness,” Murthy later revealed that the task force “made a determination that without a booster we will see an increase in breakthrough hospitalizations and breakthrough deaths.”

President Joe Biden confirmed plans “for every adult to get a booster shot,” beginning this month.

Meanwhile, the World Health Organization (WHO) has come out against recommending booster shots, determining that, as things stand, “the data around the need for boosters is not conclusive.”

“We also don’t know about the safety of boosters,” WHO chief scientist Soumya Swaminathan said. “These need to be studied as well, so before we launch into full-scale booster programs for the whole population there are a number of questions that need to be answered.”

Owing to safety concerns, WHO Director General Tedros Adhanom Ghebreyesus called for “a moratorium on boosters until at least the end of September.”

— Article continues below Petition —
PETITION: No to mandatory vaccination for the coronavirus
Show Petition Text
1079693 have signed the petition.
Let's get to 1100000!
Thank you for signing this petition!
Add your signature:
Show Petition Text

In Israel, officials forged ahead with a booster shot program staring July 30, initially beginning with those over 60 years old but moving to permit anyone over 30 to get the third jab after three weeks.

Within one week, 14 Israelis who received the additional recommended shot tested positive for the virus, two of whom were hospitalized.

In the U.S., two senior FDA officials just announced that they are resigning amidst disagreements with the White House over the rushed booster shot effort.