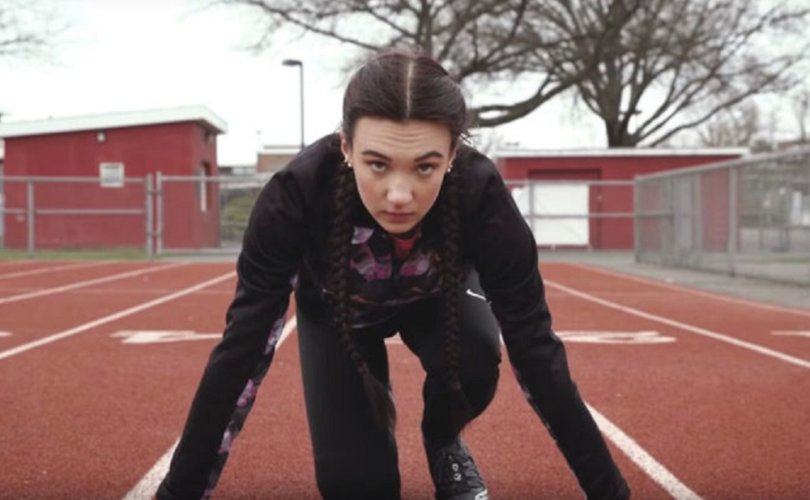 September 2, 2020 (LifeSiteNews) – The US Supreme Court’s decision to write transgenderism into federal nondiscrimination law does not create a right for gender-confused male students to compete against actual girls, the US Department of Education’s Office for Civil Rights (OCR) concluded in a letter explaining how the divisive ruling factors into its own judgment.

The Connecticut Interscholastic Athletic Conference’s (CIAC’s) official handbook says the conference “shall defer to the determination of the student and his or her local school regarding gender identification,” without any conditions pertaining to physical transitions or testosterone levels. This has led to biologically male competitors consistently outperforming actual females and depriving them of numerous opportunities, according to a complaint filed by Alliance Defending Freedom (ADF) on behalf of runners Selina Soule, Alana Smith, and Chelsea Mitchell.

The OCR has weighed in on the side of the runners, concluding that the CIAC policy violates the civil rights of female athletes, denying them “benefits and opportunities, including advancing to the finals in events, higher level competitions, awards, medals, recognition, and the possibility of greater visibility to colleges and other benefits.”

On August 31, the OCR released a revised version of its Letter of Impending Enforcement Action. Much of the letter simply restates education officials’ previous positions and factual determinations; the change is that the letter now accounts for the Supreme Court’s now-infamous decision in Bostock v. Clayton County, which redefined “sex discrimination” in Title VII of the 1964 Civil Rights Act to add sexual orientation and gender identity, in addition to its original biological meaning.

The Bostock decision “does not alter the relevant legal standard under 34 C.F.R. § 106.41, or how that provision interacts with 34 C.F.R. § 106.31 or 34 C.F.R. § 106.6,” the letter explains. “In Bostock, the U.S. Supreme Court held that an employer violated Title VII of the Civil Rights Act of 1964 by terminating a transgender employee on the basis of their transgender status […] However, the Court expressly declined to decide questions about how its interpretation of Title VII would affect other statutes.”

It then quotes the Bostock majority opinion, written by Justice Neil Gorsuch, which expressly states that it “does not prejudge any such question” about “sex-segregated bathrooms, locker rooms, and dress codes.”

“After reviewing Bostock, the Office for Civil Rights concurs with counsel for the employee’s concession in R.G. & G.R. Harris Funeral Homes, Inc. v. EEOC, that the Bostock holding does not alter the legal authority for sex-segregated teams under Title IX,” the letter determines. “Even if Bostock applied to Title IX—a question the Supreme Court expressly declined to address—its reasoning would only confirm that Title IX does not permit a biologically male student to compete against females on a sex-segregated team or in a sex-segregated league.”

LGBT activist groups such as the National Center for Transgender Equality (NCTE) have assailed the suit as a “desperate attempt” to “strip transgender students of the rights every student deserves and policies that provide them the same opportunities as every other student.” But science backs up the plaintiffs’ concerns.

Last June, the Journal of Medical Ethics published a paper by researchers in New Zealand finding that “healthy young men (do) not lose significant muscle mass (or power) when their circulating testosterone levels were reduced to (below International Olympic Committee guidelines) for 20 weeks,” and “indirect effects of testosterone” on factors such as bone structure, lung volume, and heart size “will not be altered by hormone therapy”; therefore “the advantage to transwomen (men) afforded by the (International Olympic Committee) guidelines is an intolerable unfairness.”

LifeSiteNews is currently running a petition in support of ADF’s complaint, which has so far collected more than 186,000 signatures.