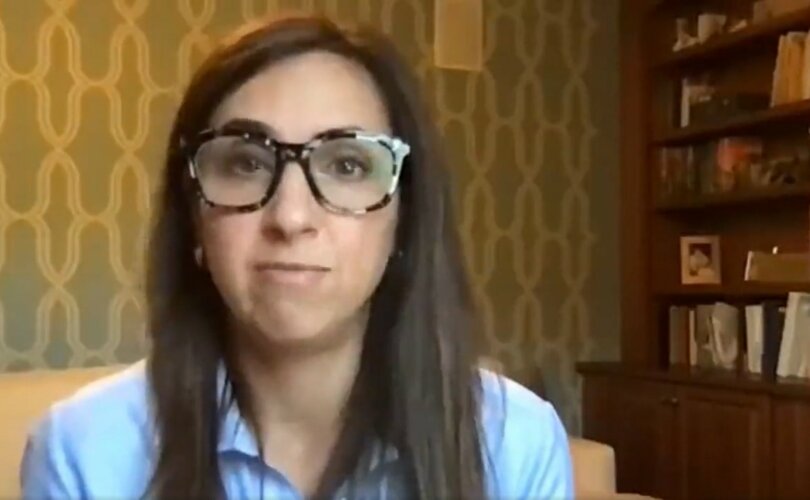 BOSTON (LifeSiteNews) — Embattled Boston Children’s Hospital (BCH) is once again snagging headlines for all the wrong reasons after the head of its gender clinic was seen admitting in a recently resurfaced video that rates of gender dysphoria have “skyrocketed” and that transgender drug regimens can damage fertility.

In a recorded webinar called “Puberty Blockers and Hormone Therapy for Gender Diverse Youth and Adolescents” on the National LGBTQIA+ Health Education Center website, Dr. Carswell explained that “the number of adolescents who have been coming into gender programs over the last several years has really kind of skyrocketed,” adding that puberty-blocking drugs are being “given out a lot like candy.”

Though promoting transgender treatment as “great” and “helpful,” Carswell cautioned that “you need to have the conversation about fertility.”

According to the gender clinic director, medication “that shuts down your estrogen or shuts down testosterone entirely” will cause its recipient to “stop … producing sperm or eggs.”

Which is it @BostonChildrens? Why are you deceiving patients? Do parents know they might be sterilizing their children when they agree to blockers? pic.twitter.com/eErMDGykTl

Carswell, who previously stated in another BCH video that children might know that they are transgender “from the minute they were born, practically,” added that a child who hasn’t yet started puberty will be unable to produce sperm or eggs in the future if puberty blockers are followed up with cross-sex hormones.

“So, for my population, when we have like a 12- or 13-year-old testicle-bearing person who hasn’t really had too much puberty, and we’re talking about, okay we’re going to put in a blocker, and then you’re going to start on estrogen, guess what? You don’t have any sperm and you’re not gonna get them unless we reverse everything,” the gender clinic director said.

“So, that’s a big deal,” Carswell said. “And that’s something that you must have the conversation about.”

Boston Children’s Hospital states on its website that “[c]hildren and adolescents who are in puberty may choose to pause puberty using puberty blockers,” and that the drugs are “temporary,” “completely reversible,” and “do not cause any permanent changes.”

However, claims of the reversibility of puberty-blocking medications (whose off-label use for treatment of gender dysphoria is not approved by the FDA), fall flat if puberty blockers are followed up with cross-sex hormones.

In a Monday article for the City Journal, Manhattan Institute fellow Leor Sapir pointed out that when cross-sex hormones are “taken as a follow-up to puberty blockers, sterility is virtually guaranteed, since the organs responsible for producing sex gametes (ova and sperm) are not allowed to develop.”

The World Professional Association for Transgender Health (WPATH) has recommended that cross-sex hormones be prescribed for youth ages 16 and up. Updated guidance leaked this summer dropped the minimum age, recommending that the hormones may be prescribed for children as young as 14.

Meanwhile, despite promoting puberty-blocking drugs for children, in the resurfaced 2020 webinar Dr. Carswell expressed concern that medical providers treating so-called “transgender” patients tend to “get very, very, very swayed by our patients,” a reality she flagged as “dangerous.”

“We don’t need a generation of people who are having all these health issues because we didn’t want to wait and be a little more cautious with our treatments,” she warned.

According to Carswell, the BCH gender clinic at the time received anywhere from “two to 18 calls for new patients per week.”