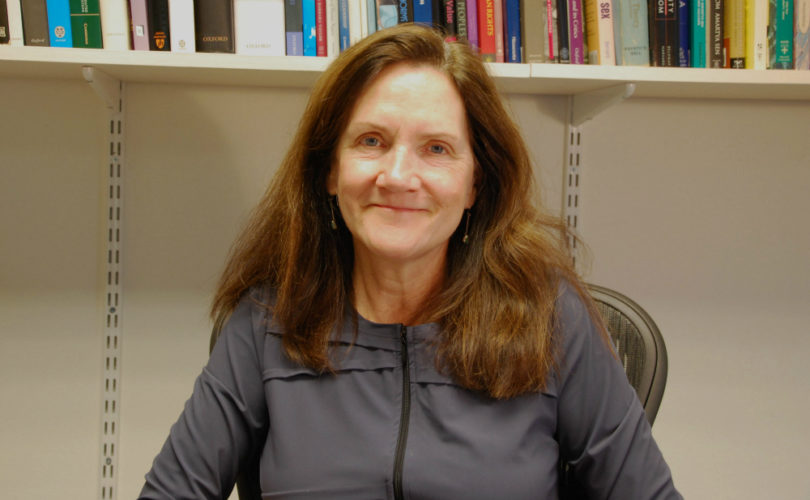 “Having more than one child is just something that none of us – Chinese or American – has a moral right to do,” Sarah Conly, an Associate Professor of Philosophy at Bowdoin College, wrote in a column. “We don't have a right to have so many children.”

“China has enforced its one-child policy in unacceptable ways,” she acknowledged. “Still, the idea that people should limit the number of children they have to just one is not, I would argue, a bad one, for the Chinese or for the rest of us.”

Conly responded to arguments that limiting couples to just one child violates human rights, by saying that rights, such as religious freedom and freedom of speech, have natural limits. For instance, she said, no one has the “right” to yell “fire” in a crowded theater.

“Uncontrolled fertility is likely to have worse consequences than the false cry of 'fire!' in a crowded theater,” Conly said. “Even having two children – the replacement value for the population – as the new Chinese policy allows is likely to be too many children.”

As for religions that may prohibit the use of contraceptives, she said they should simply be pressured to change their teachings. “Does the right to religious freedom mean we have a right to do whatever our religious doctrines dictate?” she asked. “Of course not.”

“We want to accommodate religious practice whenever we can, even when that has some cost to social welfare. But again, if the cost is too great, we tell practitioners that in this case they need to amend their own ways,” she wrote. “We’ve done this many times and will do it again. Typically, a change like this (allowing contraception) doesn’t cause an otherwise thriving religion to collapse and fail.

Conly concluded, “We may well be able to reduce the fertility rate without using sanctions at all, and that would, of course, be best.”

To accomplish her worldwide one child policy, Conly recommended making contraception free and readily available over-the-counter. She advised giving out awards to those who have only one child, in the form of tax breaks – the exact opposite of what the State does now in helping families with the Child Tax Credit. Further, she wrote that “[w]e can provide disincentives” in the form of “tax penalties for those who have more than one child.” Conly concluded that if that isn't enough, greater “sanctions” may be necessary.

Conly argued along the lines of the long ago debunked overpopulation myth, writing that supporting the world's people “will bring about environmental disaster,” and warned about global warming.

Colin Clark, former director of the Agricultural Economic Institute at Oxford University, stated that if all farmers used the best methods, enough food could be regularly raised to feed 1,053,000,000,000 people a normal Japanese diet, or over 35,000,000,000 (nine times the world's population) an American diet.

Most of our planet is empty. The entire world population could live in Texas, with each man, woman, and child given 2,000 square feet of space (larger than the average home). Author Valerie Protopapas explains: “In the Third World, most poverty is the result of inefficient economies, political strife and poor management. Well run governmental and economic structures in such 'overcrowded' places as Hong Kong, Japan, and Taiwan put the lie to the belief that people are a detriment.”

Opponents of population control contend that our problem is not overpopulation, but rather our inefficient and selfish use of the abundant space we have. Jacqueline R. Kasun writes, “Most people who accept the 'overpopulation' theory, don't want to be eliminated themselves to lower the number of people in the world, but rather are worried about having to share their abundance with someone else[.] … There is more than enough arable land and goods available for all humanity; it is a matter of distribution and the poor management of much that should be far more productive.”