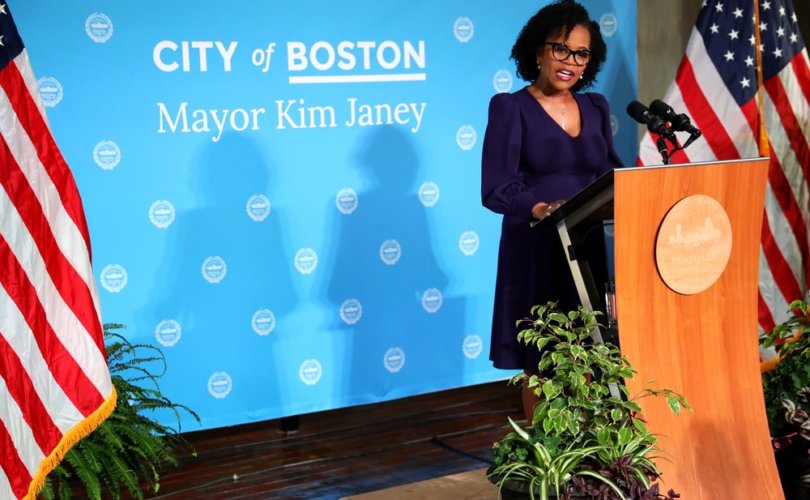 “There’s a long history in this country of people needing to show their papers,” Janey, who is black, told a Boston news organization. “During slavery, post-slavery, as recent as you know what immigrant population has to go through here…we want to make sure that we are not doing anything that would further create a barrier for residents of Boston or disproportionally impact BIPOC [Black, Indigenous, and people of color] communities.”

However, some of the Boston City Council came out in support of banning unvaccinated individuals from some spaces and possibly work.

“If we want to get serious about addressing vaccine hesitancy, slowing the spread of the Delta (and subsequent) variants, and keeping our families, friends, and neighbors safe, then we need to take bold and effective action,” city council member Matt O’Malley tweeted, sharing his support for vaccine passports.

“We should be doing this in Boston,” O’Malley said, responding to an article about New York Mayor Bill de Blasio’s mandate.

“Earlier today, I pointed out several hurdles facing communities of color with lower vaccination rates,” Janey said in a later statement. “These hurdles should not be excuses, but we must consider our shared history as we work to ensure an equitable public health and economic recovery.”

Only 50 percent of black Boston residents have received vaccination against COVID-19, according to the July 23 vaccination report from Massachusetts.

“If we still had water fountains, the unvaccinated would have separate ones,” he said as part of a sardonic monologue.

Statistics show that both black Americans and Latino Americans have been more “hesitant” than white Americans to get the coronavirus vaccine. And because people who are not vaccinated are being segregated into “unfashionable” sections at ball games, this implies that many black people are going to be treated — as they were under “Jim Crow” laws — like second class citizens.

“That’s going to make for some pretty embarrassing photographs some time soon,” Carlson said. “It seems like the new segregation looks a lot like the old segregation, and we wonder how they’re going to explain that. Can’t wait to hear it.”

Many Americans have cited potential side effects as a reason for declining experimental coronavirus vaccines.

Other people, especially young men, have developed heart inflammation linked to the vaccine. It includes Isaiah Harris, an otherwise healthy high school football player, who ended up in the hospital with a heart attack after getting vaccinated. “The condition was later attributed to Pfizer’s COVID vaccine — but doctors initially refused to believe his condition had anything to do with the vaccine,” Children’s Health Defense reported.

The most recent analysis of the federal Vaccine Adverse Event Reporting System (VAERS) database shows there have been nearly 500,000 reported reactions to or deaths from the vaccine.

None of the vaccines on the market in the U.S. have received full approval from the Food and Drug Administration (FDA) and their Emergency Use Authorization (EUA) was rushed through in a shortened time frame. However, Pfizer’s two-shot (for now) regimen is expected to gain full approval by fall.

Pro-life individuals might also have objections to taking a vaccine that was developed from or tested on an aborted fetal tissue cell line. Furthermore, some people may reason that taking this vaccine will only encourage future vaccine manufacturers to continue to use aborted fetal tissue.