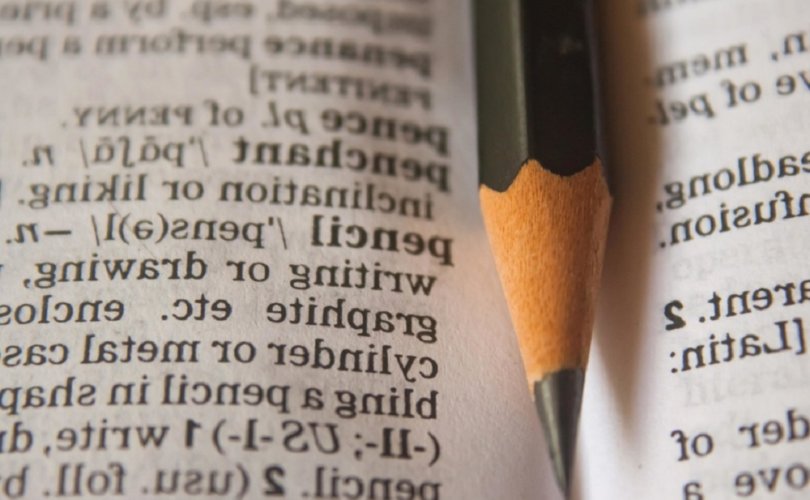 SPRINGFIELD, Illinois, April 29, 2019 (LifeSiteNews) — The U.S.-based Merriam-Webster dictionary company announced the addition of a number of new pro-transgender phrases to its dictionary, such as “bottom surgery,” that come directly from LGBT ideology.

According to the website of the Merriam-Webster dictionary company, “The English language never sleeps, and neither does the dictionary. The work of revising a dictionary is constant, and it mirrors the culture’s need to make sense of the world with words.”

Among the neologisms are: “top surgery,” “bottom surgery,” and “gender non-conforming.”

Merriam-Webster defines the phrases as follows:

The GayStarNews website noted the addition of the LGBTQ terminology to the dictionary and called attention to the new additions that were “transgender and non-binary inclusive words.”

Scholar and veteran columnist Thomas Sowell has often remarked on how government and political elites seek to redefine words for their own purposes. In a 2015 column, Sowell warned that leftists have used their “verbal talents to change the whole meaning of words and to substitute new words, so that issues would be debated in terms of their redefined vocabulary, instead of the real substance of the issues.”

These are the sorts of words taught in schools, Sowell wrote, where teachers should teach “how to think, not what to think.” “Today, they are teaching students what to think — political correctness. Instead of knowledge, students are given ‘self-esteem,’ so that they can vent their ignorance with confidence.”