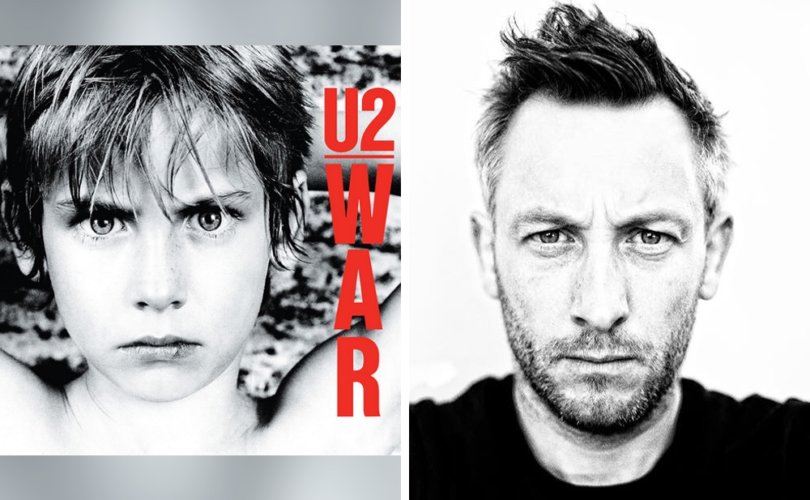 May 22, 2018 (LifeSiteNews) – As a child, he graced the cover of U2's debut album “Boy” and their 1983 breakthrough album “War.” Now 44-year-old photographer Peter Rowen is speaking out against U2's recent embrace of legalized abortion. On May 1, the Irish band tweeted its support for repealing Ireland’s pro-life Eighth Amendment and legalizing abortion on demand across the Emerald Island.

Rowen posted May 15 on his Facebook page: “Horrified to see U2 using their voice to promote something that’s so obviously wrong! Shame on them. Proverbs 6 v 16 -19 #savethe8th.”

On May 25, the Irish people will vote on whether to repeal their pro-life constitutional amendment that guarantees pre-born humans the right to life.

Rowen went on to write:”The 8th amendment is the only legal protection that the unborn currently have under the Irish constitution. Removing it (which is what’s being proposed ) will literally pave the way for abortion on demand. The most difficult, the most complex and complicated cases are being used to sway the Irish people on the run into this referendum. The reality is that if abortion is made legal in Ireland most of the children who die will be healthy babies aborted by healthy mothers.”

“It’s very sad to see this band (who once professed a strong Christian faith) come to this.”

“War” was U2's third studio album released in 1983 and was their breakthrough in the United States, reaching #12 on the Billboard album chart. Rowen appeared innocent looking on the cover of 1980's “Boy” but had a more hardened look on the cover of “War” which, not surpisingly given the title, covered topics like violence in Northern Ireland, the Cold War, atomic weapons, and refugees.

Many of the songs contain Christian imagery including “Sunday Bloody Sunday” which mentions “the victory Jesus won.”   While the song is about the bloody conflict in Northern Ireland at the time, pro-life people can draw inspiration in its call to eschew violence.

Another song “Drowning Man” portrays the love of God reaching out to the hopeless, and quotes Isaiah, another theme which could apply to the unborn dying and perhaps literally drowning in the womb.

The iconic “40,” a mainstay of the group's live shows in the '80s, was spontaneously written in the studio, with Bono singing lines from Psalm 40.  With lines like “I waited patiently for the Lord, He inclined and heard my cry / He brought me up out of the pit, out of the miry clay” could be the heart cry of an unborn child relying on God's protection.

Three of the four band members were heavily involved in a Christian group in the band's early years.  Much of their second album, 1981's “October,” reflects their spiritual journey.

U2 and Bono, the group's lead singer, in particular, have been advocates for the poor and oppressed including the victims of AIDS in Africa.  Given that legacy, it's ironic they would turn their backs on the unborn.

As Rowen writes “We’re being told it’s a human rights issue. Since when did humans have the right to end the life of another?”

Editor’s note: Rich Campbell lives in Chester County, PA, and works at the University of Delaware.