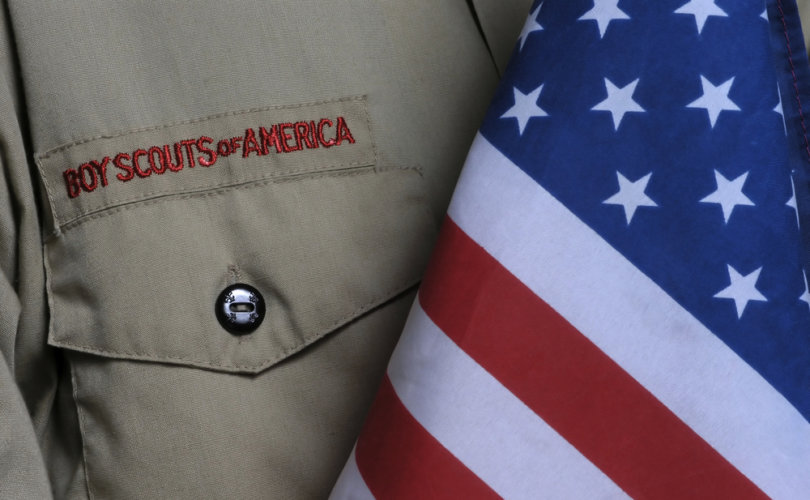 The century-old youth organization has hired the law firm Sidley Austin LLP to assist with a potential chapter 11 process, Fox Business reports, a move that would give the BSA breathing room to negotiate with people who’ve brought sexual harassment suits for alleged “inappropriate conduct” from employees and volunteers dating all the way back to the 1960s.

The move is part of the organization’s plan to “explore all options available to ensure that the local and national programming of the Boy Scouts of America continues uninterrupted,” the BSA explained in a letter to employees Wednesday.

The Boy Scouts have simultaneously experienced a steady decline in both memberships and donations, with Nonprofit Quarterly reporting in May that the organization ran deficits of $45 million in FY 2016, $18 million in 2015, and almost $34 million in 2013. The BSA’s memberships were “2.3 million, down from 2.6 million five years ago and 4 million at its peak,” the report continues. “Even its volunteer base is declining, according to the organization’s form 990.”

Pro-family observers suspect the organization’s increasing overtures to left-wing activists on LGBT policy and gender exclusivity have been central to the Boy Scouts’ woes. Long hated by secular and homosexual activists for holding firm to its Christian and male-only identity, the BSA finally began compromising on its long-held values a few years ago.

Looks like the Boy Scouts may have gone from woke to broke in world record time. https://t.co/YEuvv5Gtcj via @WSJ

The BSA began allowing openly homosexual boys to join in 2013, openly homosexual adult leaders in 2015, and “transgender” members in 2017. Earlier this year, the organization announced that their main scouting program would be renamed simply “Scouts BSA” and accept girls, as would its Cub Scouts program for children aged nine and younger. This summer, it was even revealed that the World Organization of the Scout Movement would make condoms available to minors at the 24th World Scout Jamboree.

In May, the BSA suffered perhaps its most high-profile loss when the Mormon Church announced it would be terminating its association with Scouting programs worldwide, and launching its own youth program instead.

The Boy Scouts of America “destroyed its brand,” Rod Dreher observed at The American Conservative. “It is certainly not the case that all gay men are attracted to boys, but come on, the BSA is fighting lawsuits and stigma over rapey closeted gay Scoutmasters, and its leadership honestly thought parents would feel good about putting their sons under the care of BSA leaders who openly find males attractive?”

“Would they send their daughters on campouts with heterosexual male Girl Scout leaders?” he asked.

Whether the Boy Scouts ultimately survive and in what form remain open questions. Clarke Farrer, CEO of the local scouting council in Grand Teton, Idaho, expressed fears that the news would impact local donations, while scouting leaders in Harrisburg, Pennsylvania say they foresee no short-term impact to their operations.

A number of pro-family alternatives to the Boy Scouts have been introduced in recent years, including Trail Life USA and the Troops of St. George.