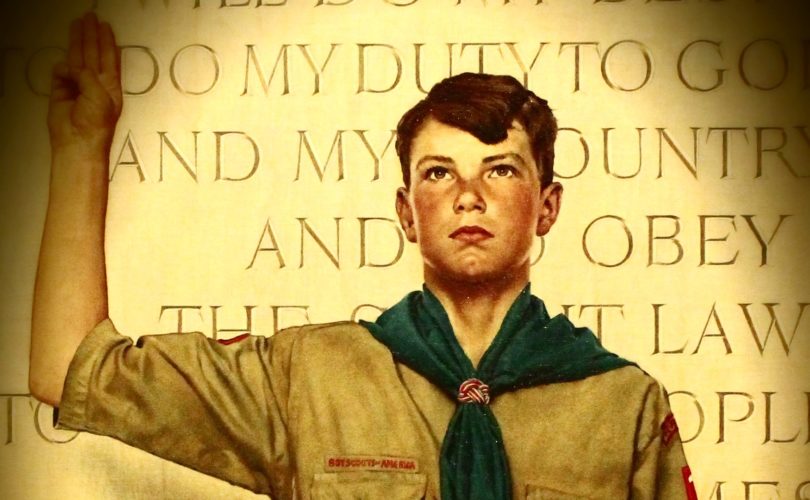 February 20, 2020 (LifeSiteNews) – In a move that has been long speculated by many, the embattled Boy Scouts of America (BSA) filed for bankruptcy Tuesday, concluding it to be the organization’s only choice in the face of years of costly lawsuits over decades of sexual abuse claims against employees and volunteers.

The BSA has been considering filing for Chapter 11 bankruptcy protection for more than a year, a move it believed would provide breathing room to negotiate settlements with plaintiffs. The organization made the decision official this week, saying it will help the BSA fairly compensate victims and preserve its long-term future, Fox News reported.

“The BSA cares deeply about all victims of abuse and sincerely apologizes to anyone who was harmed during their time in Scouting,” BSA president and CEO Roger Mosby said in a statement. “We are outraged that there have been times when individuals took advantage of our programs to harm innocent children. While we know nothing can undo the tragic abuse that victims suffered, we believe the Chapter 11 process – with the proposed Trust structure – will provide equitable compensation to all victims while maintaining the BSA's important mission.”

The move will not automatically affect individual Scouting programs, as the local councils that oversee them are distinct entities under the law. Still, the news holds grave ramifications for the reputation of the long-standing youth institution, donations to local programs, and the future of Scouting.

The child abuse scandal has gone hand in hand with a steady decline in the BSA’s memberships and donations over the past several years, which pro-family observers attribute in part to the Christian boys’ organization’s surrender to the Left on LGBT policy and gender exclusivity.

The BSA began allowing openly homosexual boys to join in 2013, openly homosexual adult leaders in 2015, and “transgender” members in 2017. The organization announced in early 2018 that their main scouting program would be renamed simply “Scouts BSA” and accept girls, as would its Cub Scouts program for children age nine and younger. In summer 2018, it was even revealed that the World Organization of the Scout Movement (WOSM) would make condoms available to minors at the 24th World Scout Jamboree, which was being hosted by the BSA.