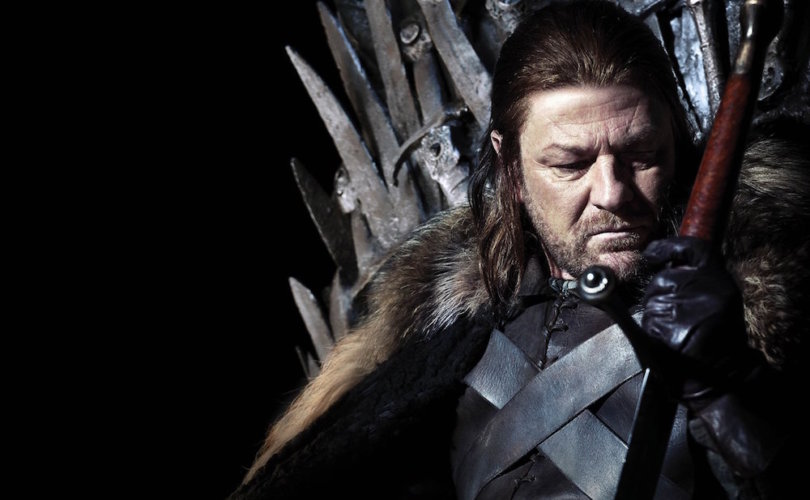 April 26, 2016 (LifeSiteNews) – The National Center on Sexual Exploitation has launched a campaign condemning the HBO series Game of Thrones for “normalizing sexual violence” and making graphic depictions of rape and torture sex into “mass entertainment.”

Their Shame of Thrones effort includes a petition, launched on LifePetitions, which says, “Instead of choosing to deal with subjects like rape with sensitivity and gravity, Game of Thrones has consistently portrayed these scenes with salacious detail.”

Proponents of Game of Thrones say that the popular fantasy show’s depictions of sexual violence “are intended to reflect harsh reality,” the petition says, but “there is nothing educational about feeding an audience obscene and degrading images of abuse, or empowering about the relentless presentation of women as sexual objects.”

This isn't the first time Game of Thrones has come under threat of boycott for its graphic sexual violence. In 2015, the show included a scene involving the rape of popular character Sansa Stark. After the episode aired US Senator Claire McCaskill issued a call for a boycott.

“Ok, I’m done with Game of Thrones,” she tweeted at the time. “Gratuitous rape scene disgusting and unacceptable. It was a rocky ride that just ended.”

The show is also well-known for its gruesome battle scenes and graphic fight scenes.

Game of Throne’s sixth season premiered on Sunday. Hawkins acknowledged that the premiere did not show explicit sexual violence (“One episode does not constitute a trend,” she noted), but said the show’s creators must work to ensure that Game of Thrones ceases to normalize sexual violence.

The petition seeks to weaken the show’s ratings by discouraging people from viewing it.

Say 'no' to normalizing sexual violence. Sign the petition here.