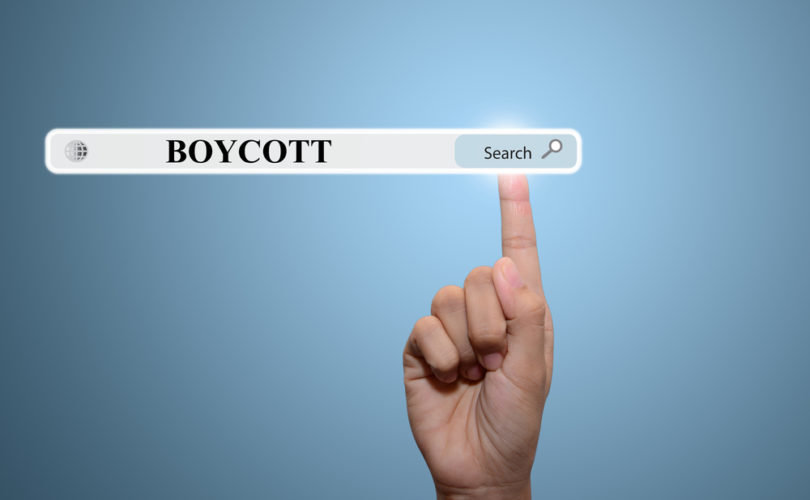 To join the boycott, visit www.boycottunitedway.org

While United Way has long said it does not partner with America's largest abortion company, 67 of its local affiliates do — to the tune of $2 million per year, according to the corporate watchdog 2nd Vote.

(Note: Pro-life activists who wish to participate in the boycott can send a letter to United Way's president urging the organization to drop the Planned Parenthood at www.boycottunitedway.org website. Click here.)

“We are horrified that United Way, which does so much good around the world, would allow its affiliates to donate to an organization that eliminates children, sells fetal parts for profit, and breaks state and federal laws,” said LifeSiteNews Editor-in-Chief John-Henry Westen and SFLA president Kristan Hawkins.

“United Way says its members do not fund abortions,” said Westen. “However, money is fungible — a donated dollar that pays for staplers frees up another dollar to be used to dismember the unborn, and sell their body parts. It is extremely troubling that United Way won't back down on its complicity in Planned Parenthood's morally and legally atrocious business practices, despite the forthcoming investigations by Congress.”

SFLA and LifeSiteNews are urging pro-life Americans and all who care about helping the poor and downtrodden to send an email to United Way’s president, demanding the organization stop funding Planned Parenthood through all local chapters immediately. The email can be read and signed at the website www.boycottUnitedWay.org.

The email holds all signers to a simple pledge: “I will not be supporting any United Way local chapter. I do not support the harvesting and selling of the body parts of aborted babies, either directly or indirectly, and neither should any chapter of United Way. No amount of good the United Way does can make up for the atrocities committed with the money that your affiliates, no matter how small a number of them, give to Planned Parenthood.”

“Our goal is simple,” said Westen and Hawkins. “SFLA and LifeSiteNews want the American people to know which companies are supporting and funding Planned Parenthood, a supposed non-profit that netted $127 million in net profit, according to their most recent annual report.”

“This is the same group that has no problems harming women, covering up sexual abuse and sex trafficking, and profiting off of the organs of their aborted children,” said the pro-life leaders.

All data and research about Planned Parenthood funding has been taken from 2nd Vote.