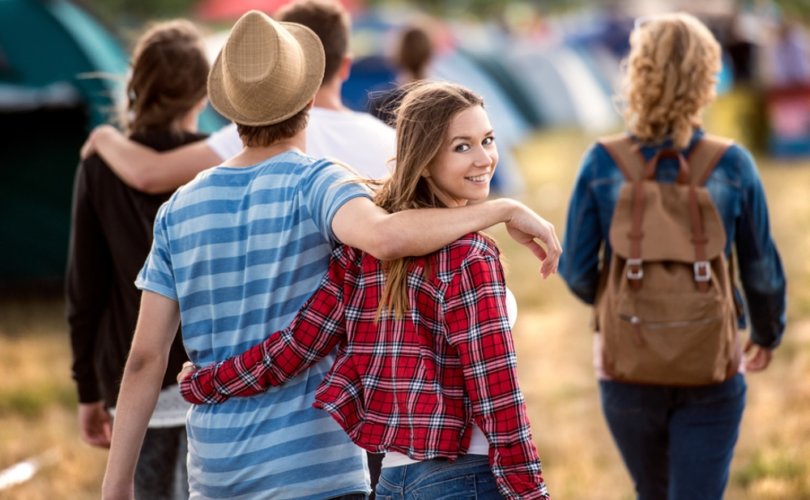 June 1, 2018 (LifeSiteNews) – Boy Scouts of America (BSA) is defending its plan to distribute condoms to “all participants” at a massive international gathering of boy and girl scouts next summer in the United States. The organizations says that it’s simply addressing the “needs of international health norms.”

In a statement to LifeSiteNews, BSA said that condoms will be made “available through the medical facilities” set up throughout the camps where an estimated 50,000 are expected to attend.

News broke last week that the World Scout Jamboree — slated for next summer in West Virginia with the Boy Scouts of America as a host — would ensure “condoms are readily and easily accessible for all participants at a number of locations.” The move marked for many the latest step in an ongoing radicalization of scouting.

Aside from making condoms available to children as young as 13, additional information from the WSJ event shows that girls are expected to make up half of the attendees. The Jamboree is being promoted as a way for participants to meet and mix faster than they could through social media.

The event is touted by organizers as “what will surely be the largest party in the world.”

According to the event information, “The World Scout Jamboree (WSJ) is the largest regular event organized by the World Organization of the Scout Movement (WOSM), gathering up to 50,000 Scouts from more than 150 countries around the World. It is an educational event to promote peace and understanding among young people from different cultures.”

Pro-life, family, and child advocates denounced the Jamboree condom policy and the BSA’s planned involvement in carrying it out. Many said that the Jamboree making condoms available to youth and purposely combining youth of both sexes together for the camping event suggests promotion of sexual activity for minors.

Dr. Michelle Cretella, president of the American College of Pediatricians, said that providing condoms to Jamboree participants is an invitation for young people to take part in sexual activity.

“The advanced promotion and free distribution of condoms sends the message to scouts that “We expect you to do this [be sexually active],” Cretella told LifeSiteNews.

“The fact that they are requiring that condoms be 'readily accessible' and are communicating this to everyone shows that the BSA is both anticipating and facilitating sexual conduct between minors at this event,” Focaracci told LifeSiteNews.

Focaracci advocates awareness on the problematic relationships held by the Girl Scouts USA organization. She has reported how the World Association of Girl Guides and Girl Scouts (WAGGGs) funds and partners with the International Planned Parenthood Federation and is also closely tied to the UN Population Fund and its agenda. The Girl Scouts USA is a member of WAGGGs.

In addition to making condoms available for participants as young as 13, the BSA must see to it that the youth have “opportunities for sufficient free time to allow participants to meet and mix in an unstructured way” and provide “spaces for young people to congregate informally.”

It is unclear where the BSA expects sexual activity to take place, whether in unsupervised sleeping facilities or simply out in the woods.

Focararri points out that the official Boy Scouts of America 24th World Scout Jamboree website states, “With 50,000 Scouts from 160 countries living side-by-side, you are sure to meet amazing guys and girls faster than you can find them on Facebook. Don't miss what will surely be the largest party in the world!”

The Jamboree “is an official educational event that is specifically designed for young people ages 14 – 17 years old,” its information states. Still, “the host organization should take into consideration the dates for the preceding and succeeding World Scout Jamborees, and if necessary, accept Scouts who are 13 years of age (who will be 18 at the time of the succeeding Jamboree),” therefore, “anyone who was born between July 22, 2001 and July 21, 2005 may attend …”

Cathy Ruse, Director of Human Dignity at Family Research Council, told LifeSiteNews the BSA’s involvement in making condoms available to youth at the Jamboree constitutes a breach of trust.

“It’s way past time for parents to wake up,” Ruse said. “What a tragedy that a trusted youth organization like the Boy Scouts has been taken over by adults who can’t be trusted.

“Who thought it was a good idea to promote the Jamboree to young teens as ‘the largest party in the world’ and promise that ‘condoms will be readily accessible’ to all the ‘amazing guys and girls’ and even to all adult leaders?” she asked.

“Wow. What could go wrong?” she said.

“The BSA, as host country, was at the table in 2016 when the guidelines were drafted and adopted,” Ruse added. “They chose the free-condoms-for-all-kids policy for their Jamboree.”

The BSA’s impending involvement in providing condoms  at the 2019 event follows the organization’s dropping of the term “boy” from its main scouting program in May in a bid for “inclusiveness.” Girls were allowed in the Boy Scouts beginning last fall.

The Boy Scouts permitted openly homosexual boys beginning in 2013, green-lighted openly gay leaders in 2015, and began allowing boys who identify as girls to be members in 2017.

The BSA says its current youth membership is around 2.3 million, according to the Associate Press, which is down from 2.6 million in 2013 and more than 4 million in peak years of the past.

The Girl Scouts USA say its organization has around 1.76 million girl members, the AP said, down from just over 2 million youth members in 2014.

Media reports mentioned tension with the BSA announcement to allow girls, given that both U.S. scouting groups are facing declining membership.

Both groups have generated controversy in recent years by departing from their previous moral traditions, with the BSA’s permissiveness in the areas of homosexuality and gender ideology, and the Girl Scouts’ involvement with big abortion and other radical causes.

The BSA has experienced renewed interest in scouting, the group told LifeSiteNews.

“We believe that is largely in response to program innovation and a more thorough understanding of what families want and need when it comes to extracurricular activities” the group said.

The BSA and Girl Scouts USA’s departure from previous moral principles has prompted a number of religious organizations to part ways with them or insist their affiliated groups maintain moral norms. This has included a number of Catholic dioceses or parishes breaking ties with the Girls Scouts in recent years, and the Mormon Church also announcing in May it was ending its association with all scouting programs worldwide, and establishing is own youth program next year.

Alternative Christian and morally traditional youth programs have also gained popularity in the U.S. in the wake of the major scouting organizations’ veering radical. Some of these include Little Flowers Girls Clubs, American Heritage Girls, Federation of North American Explorers, Columbian Squires, Trail Life USA and Troops of St. George.​