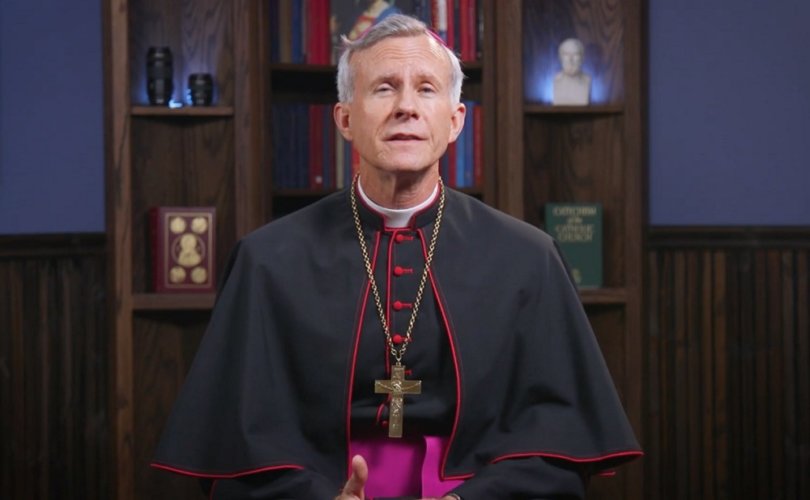 On July 26, the 54th anniversary of the papal encyclical, Strickland voiced support for the condemnation of the use of contraception amid news that Pope Francis is considering changing the irreversible teaching.

Humane Vitae, issued in July 54 years ago, taught the Truth that contraception is immoral and does harm to marriage & the family. We have lived for more than 1/2 a century with humanity rejecting this Truth & this has done great harm to the human family. Let us heed The Truth!

“Humane Vitae, issued in July 54 years ago, taught the Truth that contraception is immoral and does harm to marriage & the family,” the bishop tweeted.

“We have lived for more than half a century with humanity rejecting this Truth & this has done great harm to the human family. Let us heed The Truth!” he continued.

A Vatican-approved publication ran an article asking whether Pope Francis might write “a new encyclical or apostolic exhortation on bioethics” in line with a recent document from the Pontifical Academy for Life that undermines certain aspects of Catholic morality.

On July 2, Father Jorge José Ferrer, S.J. published an article in the Jesuit-run publication La Civilta Cattolica entitled “Re-reading the theological ethics of life.” La Civilta Cattolica is notable for having its content reviewed by the Vatican’s Secretariat of State before publishing.

The article summarized and promoted the Pontifical Academy for Life’s new book, which proposes both contraception and artificial insemination as morally acceptable and which was published by the Vatican’s publishing house Libreria Editrice Vaticana.

In the late 20th century, as the contraception pill became increasingly widespread even among Catholics, Pope Paul VI established the Pontifical Commission on Birth Control to determine the morality of contraception.

A lay committee determined that contraception was moral for Catholics and sent this recommendation to the pope. However, Paul VI surprised everyone when he overruled the recommendation and wrote Humanae Vitae, stating that all forms of contraception are contrary to natural law and therefore immoral.

The papal encyclical condemned “direct sterilization, whether of the man or of the woman, whether permanent or temporary.”

“Similarly excluded is any action which either before, at the moment of, or after sexual intercourse is specifically intended to prevent procreation — whether as an end or as a means,” the letter continued.

The Catholic Church is the only remaining religion to condemn contraception openly and completely. Paul VI warned that contraception would lead to a lack of respect for women and a general lowering of morality. In Evangelium Vitae, Pope John Paul II supported this prediction, stating that contraception has led to an increase of abortions.