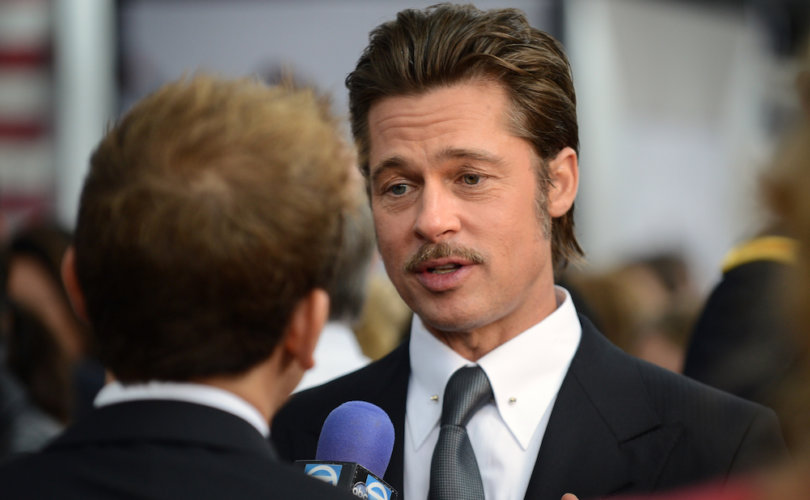 June 7, 2019 (LifeSiteNews) – Hollywood superstar Brad Pitt is calling on the Massachusetts conservative group planning a ‘Straight Pride’ parade in Boston to remove his name and image from its website, and to stop invoking him as their “mascot.”

As LifeSiteNews covered this week, the organization called Super Happy Fun America (SHFA) wants to organize a Boston Straight Pride Parade for this coming August, to “achieve inclusivity and spread awareness of issues impacting straights in Greater Boston and beyond.” A semi-facetious tone runs throughout the SHFA website, including a page claiming Pitt, a “hero to straight men all around the world,” as its mascot, USA Today reports.

Following coverage of the group’s parade plans, Pitt has privately contacted the organization to demand it stop using his name and face, according to The Hollywood Reporter. SHFA’s Mascot page now reads, “the Straight Community has adopted [Redacted] as our mascot! Congratulations to [Redacted] for being the face of this important civil rights movement.”

SHFA also followed up with an announcement claiming that right-wing provocateur Milo Yiannopoulos (who is homosexual) will not only replace Pitt as mascot, but serve as the parade’s grand marshall.

“I might technically be a sequined and perfectly coiffed friend of Dorothy’s, but I’ve spent my entire career advocating for the rights of America’s most brutally repressed identity—straight people—so I know a thing or two about discrimination,” the site quoted Yiannopoulos as saying. Yiannopoulos himself has not publicly confirmed his involvement with the event.

While LGBT advocates assail the event as “homophobic,” and the organizers have a history of events designed to tweak Boston’s left-wing sensibilities, the proposed parade does pose serious questions about the LGBT lobby’s logical consistency in demanding recognition of homosexual pride while condemning the very concept of heterosexual pride.

In Boston’s case, it also draws attention to city officials’ elevation of LGBT pride above other values and beliefs, such as flying LGBT flags above city hall while forbidding Christian flags.