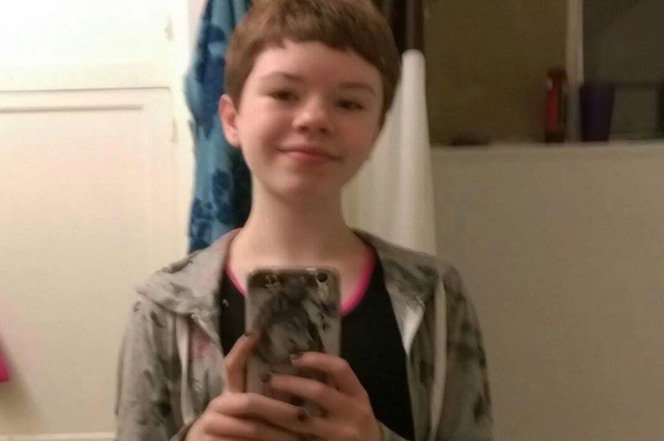 Abigail Kopf gave two 'thumbs up' to respond to her family shortly before she was set to have her organs harvested.

KALAMAZOO, Michigan, February 26, 2016 (LifeSiteNews) – A victim of Saturday's gun massacre who was declared brain-dead and set to have her organs harvested was rushed to surgery on Sunday after unexpectedly responding to her mother and doctor.

Abigail Kopf, 14, was shot as part of Jason Dalton's alleged shooting massacre in Michigan last Saturday. According to People Magazine, Michigan State Police First Lt. Dale Hinz said that the girl's parents “were told that she was brain dead and that it was unlikely that there was anything else they could do for her.”

An hour later, however, Hinz told People, “She squeezes her mother's hand and her mother begins to communicate with her.” The mother called in doctors, who got two “thumbs up” when asking the girl questions.

“It was a miracle,” Hinz said. “The one ray of hope and light that we have in this very dark situation.”

Her family subsequently released a statement saying Abigail's prognosis “is uncertain as she continues fighting for her life.”

But according to a more recent statement from the parents released this Thursday, Abigail's condition is improving. “She is responding to staff, has given thumbs up and wiggled her toes. We anticipate further improvement over the next several days,” they said.

The question of determining when a person is brain-dead has been the subject of considerable controversy for some time, with disagreement over the legal definition of brain death.

There are countless stories of patients who were declared or otherwise thought to be brain-dead but later awoke, many who were cognizant of conversations around them about discontinuing life-sustaining measures.

Twenty-year-old University of Nevada freshman Aden Hailu was declared brain-dead earlier this year after suffering from a lack of oxygen during surgery.

She was the center of a legal fight between the hospital that wanted to discontinue treatment and her father who wanted to continue life-sustaining care. While a hearing date to address the legal definition of brain death in her case had been set for January 22, Hailu died on Monday of last week.

Doctors said California teen Jahi McMath was brain-dead after going into cardiac arrest during a routine tonsillectomy in 2013, with the hospital declaring her dead.

While she suffered serious brain injury, at least one medical expert disagreed with the brain death diagnosis, and a 2014 MRI showed that she was in fact not brain-dead.

As of this past November, McMath was responding to verbal commands.

Pro-life and disability advocates continue to warn over the threat to life so often possible in cases with a “brain death” diagnosis.