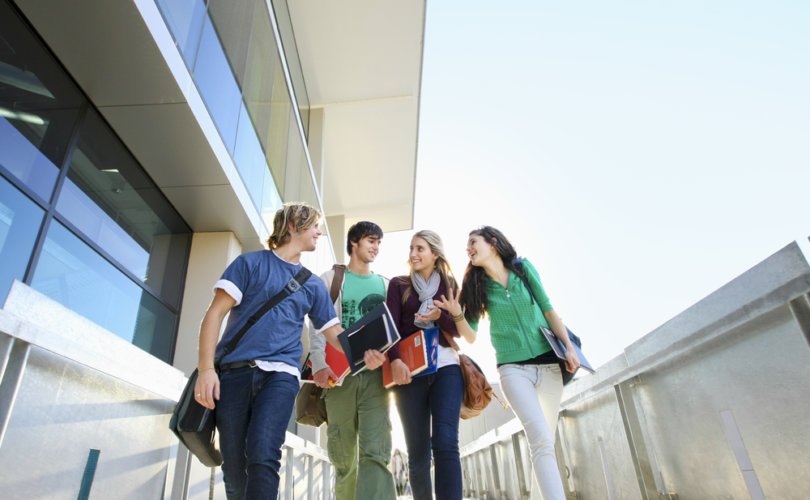 August 29, 2016 (LifeSiteNews) — The Justice Centre for Constitutional Freedoms today announced that a group of students at Brandon University in Manitoba have won the right to participate fully in student life once again, after having been denied student club status by their student union.

The Brandon University Students’ Union (BUSU) had revoked the student group status of Students for Life in November 2015, without informing the campus club of the intention to do so, and without providing any opportunity for the campus club to defend itself.

When this revocation was finally brought to the club’s attention in January 2016, the club appealed.  BUSU dismissed this appeal in February 2016, justifying its decision on the following grounds:

•    The club’s message has made some students feel “uncomfortable” and “intimidated”;
•    The club was affiliated with a Canadian pro-life group that BUSU “had issues with”;
•    The club’s beliefs did not align with the Canadian Federation of Students’ official pro-choice stance; and
•    The club is redundant, because the issues of suicide and abortion are already being addressed by the LGBTQ Collective and the Women’s Collective on campus.

BUSU told Students for Life that:

On behalf of club members Catherine Dubois, Kyle Coffey and Silas Lee, the Justice Centre filed an Application in the Manitoba Court of Queen’s Bench, seeking a Court Order for BUSU to re-instate the club, on grounds of BUSU’s own policies and bylaws in support of freedom of expression.  Relevant facts are set out in the Affidavit of Catherine Dubois, club president, filed with the Court, (and Exhibits also filed with the Court.)

“BUSU was trying to bully Students for Life into silence simply for holding unpopular views. Left to stand, this decision would have had disastrous consequences for future students at Brandon University, and all Canadians seeking a forum for diverse opinion at our universities,” stated Calgary lawyer John Carpay, president of the Justice Centre.

In response to the settlement, Students for Life President Catherine Dubois stated:

“As students of Brandon University, we must have the same right as every other fee-paying member of BUSU to participate fully in campus life, like other student groups. With this reversal, we are once again looking forward to engaging with our peers on issues that are important to us.”