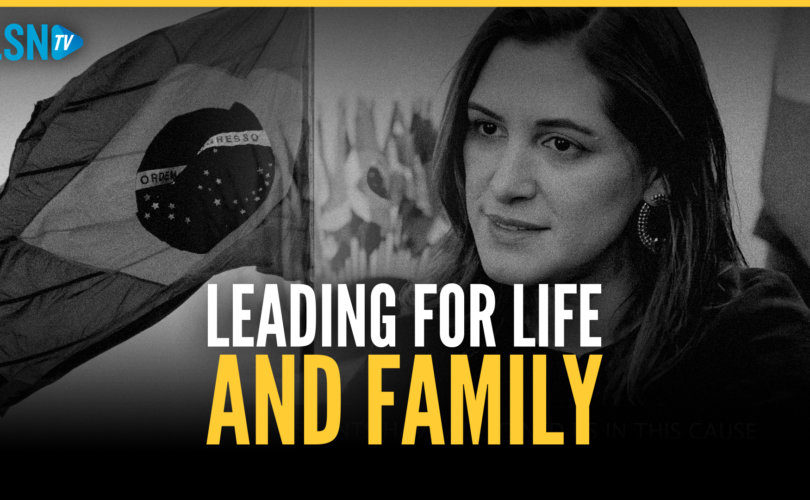 Brazil sent a special delegation to the United States this past week to bolster international support for the Geneva Consensus Declaration, an accord between nations to support pro-life and pro-family standards of governance.

“Brazil is a pro-life country, and that is why we have taken up this task,” said Cristiane Britto, Brazilian Minister of State for Women, Family and Human Rights, in an exclusive interview with LifeSiteNews’ Jim Hale.

“We have been working to add countries, and the last two are Guatemala and Colombia. And we are working tirelessly to get more countries to sign the Geneva consensus.”

Under the leadership of President Donald Trump, the United States was a signatory member to the historic Declaration at its outset. Shortly after the 2020 elections, however, President Biden’s regime withdrew the United States’ sponsorship and participation in the agreement, going so far as to inform the U.N. that it “had the honor” to do so.

While the snub to member nations did not go unnoticed, neither did it deter them from their resolve to promote pro-life principles and protections worldwide for the unborn. After the United States dropped its participation in the agreement, Brazil became Secretariat of the Geneva Consensus Declaration and continues to grow its membership.

According to Britto, this is a role for which Brazil seems naturally suited. “Brazil is mainly a Christian country, and 70 percent of the population is against abortion,” she said. “Brazilians elected a president that is expressly pro-life, and our public policy focuses on these issues: life, family, and the strengthening of family bonds. The pro-life, pro-family policies have been very well accepted by the Brazilian population.”

“The vast majority of Latin American countries are pro-life and Christian. This is why it is vital to sign more countries,” she said.

The delegation visited both New York and Washington, D.C. from May 9-May 15, attending events commemorating the International Day of Families. The Brazilian mission used the forums of the United Nations and Organization for American States to foster discussion on the promotion of women’s health and the strengthening of the family, as outlined in the Geneva Consensus Declaration.

JaBritto believes that despite the Biden administration’s abandonment of the Declaration, the fundamental character of the people of the United States is pro-life.

“From an historic point of view, the American people have been partnering with us and that should continue to advance the cause of life,” said Britto.

“And I would like to leave a message to the American people: Don’t give up in defending the right to life, the rights of the family, and the rights of all children,” she concluded.

32 nations, including US, declare ‘no international right to abortion’ at UN