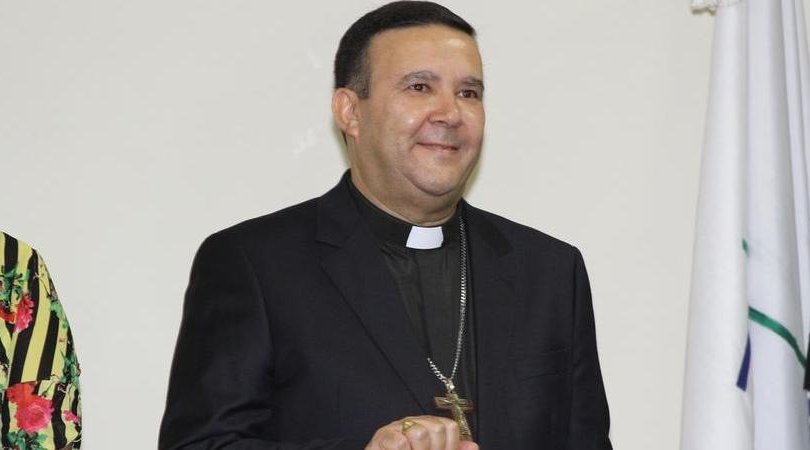 VATICAN CITY (LifeSiteNews) – Pope Francis accepted the resignation of the Brazilian bishop of the Diocese of São José do Rio Preto after a video leaked to the media showed him half-naked in a video call with another man.

As announced by the Vatican press office on August 18, Bishop Tomé Ferreira da Silva stepped down and Archbishop Moacir Silva, the metropolitan of Ribeirão Preto, was appointed apostolic administrator of the diocese while the see is vacant.

Local media outlet Diário da Região reported that a video emerged online on August 13, showing Bishop Ferreira da Silva in a compromising position during a video call with another man.

The 80-second video clip reportedly opened with an image of the 60-year-old bishop wearing his mitre, with a caption denoting him as the bishop of Rio Preto. Then, after showing the image for “six seconds,” a note appears reading “Strong Scenes.

“Immediately afterwards,” added Diário, “a video recording of a video call made by mobile phone appears, with an angle from bottom to top, in which it is possible to see the naked bishop.” The footage apparently shows the half-naked bishop wearing a striped jumper in a video call with another man.

The news outlet contacted the diocese, and after first being refused a statement by the chancellor, Father Júlio César Sanches Lázaro, were then told “hours later” that the bishop would meet with a reporter from the outlet.

Bishop Ferreira da Silva spoke with the reporter but refused to allow a photographer into the room, according to Diário. When shown the video clip, the prelate asked, “I want to know how this video got off my mobile phone and into the Diário. Who leaked it?”

Reportedly under further questioning, he confirmed that “It is my image,” but appeared more concerned with how the video ended up in the hands of the media than about the video contents. “I want to know who leaked it, because it could be someone I’m close to,” he continued.

Pushed for comment, the bishop reportedly refused to offer any more comment, saying he needed legal advice before proceeding. As for when he could seek such advice and respond to Diário’s investigation, Ferreira da Silva apparently replied, “I can’t do that now, because I don’t know what to say. I have an appointment shortly in José Bonifácio. On Saturday, I’m going to spend a good amount of time in the Cathedral. In these two days, I’ll be too busy to say anything.”

Ferreira da Silva even mentioned engaging the civil police to investigate how the footage appeared in the public domain.

Ferreira da Silva, appointed bishop of the diocese in September 2012, is not unfamiliar with reports about him relating to such matters, as he has previously been the subject of a sexual misconduct investigation.

Allegations dating from 2015 were made against the bishop, claiming that he ignored allegations of clerical sex abuse against minors by priests in the diocese.

Furthermore, the bishop was also accused of having a sexual relationship with his male chauffeur that resulted in a Vatican investigation, which The Pillar reported resulted in a “favorable conclusion” after he denied the allegations. The matter was considered publicly closed and Ferreira da Silva continued in his post.

A few years later, in 2018, the bishop was subject to another investigation as allegations were made that he had covered up for local priests, or at least failed to act on allegations about instances of clerical sex abuse against children.

Bishop José Negri of the Diocese of Santo Amaro and a friend of Pope Francis led the investigation. One of the events under the scope of the investigation was the 2017 arrest of a priest in the diocese on suspicion of pedophilia.

Police found photos and videos of underage sexual acts on the priest’s phone, as well as condoms, pornographic material and cards from a football team with personal data and photos of minors. The police investigation was launched after the mother of a 17-year-old boy reported suspicions about the priest following the amount of time her son spent at the house of Father Manoel Bezerra Lima.

Bishop Negri’s investigation, involving more than 50 seminarians and priests, dealt with the allegation that Bishop Ferreira da Silva had previously received reports about Fr. Lima but declined to take action, only removing Fr. Lima from active ministry days before the priest’s arrest. At the time of Fr. Lima’s arrest, the bishop had told the press that he was only alerted to the priest’s actions through media reports.

Bishop Ferreira da Silva had defended himself by stating that the allegations about him were merely the result of an attack on his character by conservative elements in the diocese.

However, the 2018 investigation of Bishop Negri, which focused on at least 50 testimonies from seminarians and priests, suggested that a wider culture of sexual activity was present within the Diocese of Rio Preto and that highlighted incidents were merely representative of a larger issue.

The news comes weeks after ex-cardinal Theodore McCarrick was charged with sexually assaulting a teenager in the 1970s and is now set to appear in criminal court in August. McCarrick thus becomes the “first cardinal in the United States ever charged criminally for a sexual offense against a minor,” as reports continue to amass from various corners of the globe documenting allegations of clerical sexual abuse or misconduct predominantly against minors and male victims.