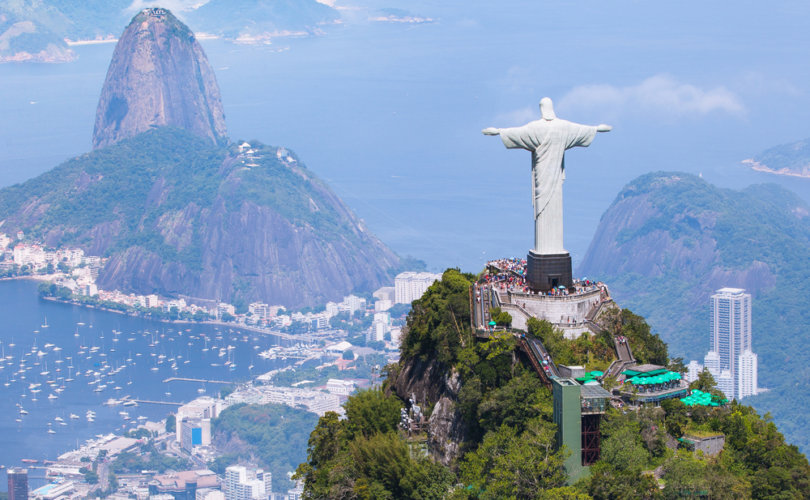 August 30, 2017 (LifeSiteNews) – The National Conference of Brazilian Bishops has issued a new set of guidelines regarding divorced and invalidly remarried couples that claim that there are moral “excuses” for having adulterous sexual relations in such circumstances.

“There are extreme cases in which the existence of excuses for not interrupting conjugal interactions, for example, the existence of children and of certain moral circumstances, can reduce or even eliminate the moral responsibility and imputability of illicit acts,” the bishops write.

They add that “this involves extenuating circumstances and conditions. These concepts are technically precise in the field of moral theology and must be well understood to offer efficacious help in discernment.”

Their claim seems to be based on footnote 329 of Amoris Laetitia, which quotes the Second Vatican Council out of context, stating that “if certain expressions of intimacy are lacking, ‘it often happens that faithfulness is endangered and the good of the children suffers.’”

The bishops make an oblique reference to Amoris Laetitia’s implied teaching that Holy Communion may be given to people in adulterous second marriages, but appear to leave the decision to the private judgment of priests, denying that Amoris Laetitia sets any norms in such cases.

The bishops appear to imply that Francis’ doctrine in Amoris Laetitia is consistent with that of John Paul II in his apostolic exhortation Familiaris Consortio, writing, “Beginning with the exhortation Familiaris Consortio, the Church, faithful to the Gospel, has made a more attentive effort to approach couples that find themselves in these situations [of divorce and invalid remarriage], including by way of the sacraments.” They add: “Amoris Laetitia bases itself on the same principles, reinforcing the necessity of a truly particular pastoral treatment, while avoiding a pronouncement regarding norms.”

The bishops also suggest allowing “persons who in an irregular situation,” apparently those in adulterous unions, to function in the “role of godparents in baptisms, to act as lectors or catechists, to help in some work of family apostolate, contributing with their life experience.”

In a final paragraph, they go so far as to state that “it is necessary that the whole community of disciples-missionaries show themselves to be such by the welcoming, accompaniment, discernment, and integration of every human person, without any kind of exclusion.”

Amoris Laetitia at the source

In making their claim that those in adulterous unions might have an “excuse” from moral culpability, the bishops cite paragraphs 301-301 of Amoris Laetitia, in which Pope Francis claims that it is possible for people to fully know moral principles but still lack responsibility for sinning, or even to face situations in which they can’t help but sin.

“A subject may know full well the rule, yet have great difficulty in understanding ‘its inherent values,’ or be in a concrete situation which does not allow him or her to act differently and decide otherwise without further sin,” writes Francis in paragraph 301 of the document.

Theologians have observed that this doctrine appears to directly contradict the dogmatic definition of the Council of Trent, which declares in Session VI that “no one should use that rash statement, once forbidden by the Fathers under anathema, that the observance of the commandments of God is impossible for one that is justified. For God does not command impossibilities, but by commanding admonishes thee to do what thou canst and to pray for what thou canst not, and aids thee that thou mayest be able.”

The Council of Trent places an excommunication on those who hold otherwise, decreeing, “If anyone says that the commandments of God are, even for one that is justified and constituted in grace, impossible to observe, let him be anathema.”

The incongruence between Amoris Laetitia and the Council of Trent has been noted by a group of Catholic prelates, academics, and clergy who expressed their concerns in a letter sent to all of the living cardinals in July 2016. It included a list of theological censures applicable to the apparent meaning of the text. They asked them to request Pope Francis to reject “the errors listed in the document in a definitive and final manner, and to authoritatively state that Amoris laetitia does not require any of them to be believed or considered as possibly true.”

After the issuance of the request, four cardinals submitted a series of questions or dubia to Pope Francis in September 2016 seeking clarification on certain passages in Amoris Laetitia that seemed to contradict Catholic doctrine. They have never received an answer to their dubia, nor an audience with the pope to discuss their concerns.

The Catholic Church, following the words of Christ in the New Testament, teaches that the sacrament of marriage, once validly entered into and consummated by the sexual act, can never be dissolved except by the death of a spouse. Those who divorce a spouse to whom they are sacramentally married and enter into a conjugal union with someone else, even if they are civilly married to the person, are guilty of the sin of adultery, also in accordance with Christ’s words.