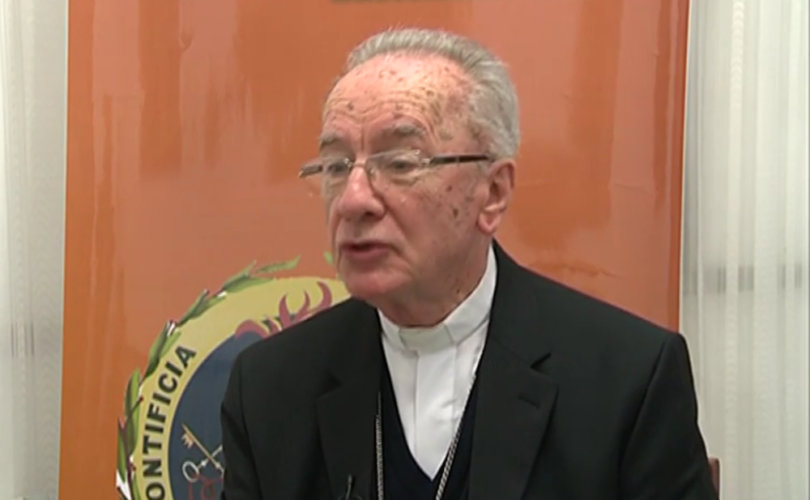 November 29, 2016 (LifeSiteNews) — After four Cardinals voiced their concerns regarding ambiguities in Amoris Laetitia through the publication of the dubia, Brazilian Cardinal Claudio Hummes has reproached them and said they stand alone in their cause.

Despite the fact that bishops and others have already joined the four Cardinals in sharing their concerns, Cardinal Hummes sought to downplay their part in the controversy.

“We are 200, they are only four,” Hummes boasted in an interview in Spanish with “Religion Digital.”

While claiming that the Cardinalate as a whole supports Pope Francis, Hummes blames the four Cardinals for a schism in the Church. “The Church defends her unity as a unity of plurality […]. This plurality is de-legitimized if the unity is threatened with schisms. These divisions are the real evil, not the plurality.”

Despite Hummes’ expressed concern, it cannot escape the observant eye that numerous Cardinals have already stood together to defend the integral traditional magisterial teaching of the Church multiple times. During the Synod of Bishops, 13 Cardinals signed a fraternal letter to the Pope addressing the manipulation of the Synod. Most recently, Cardinals Raymond Burke, Carlo Caffarra, Joachim Meisner, and Walter Brandmüller went public with their private request to the Pope to clarify what remains debatable in Amoris Laetitia.

“The Church wants to be open for all sensibilities,” Hummes explained. But there is no sign of openness toward the four Cardinals from Hummes or from Pope Francis. Hitherto, Pope Francis has not answered the doubts, which were formulated in simple language answerable by “yes” or “no.”

Cardinal Hummes’ representation that the Church is a democratic party in which majority rules — using his example of 4 vs. 200 — is equally faulty. The Cardinal does not forget the number of proponents but rather the content of the dubia. At the same time, not many Cardinals have backed Pope Francis in his refusal to answer the doubts.

“The Pope says that we have to go all together and not exclude anybody. It is unimportant what they think, what they say, or what they do … ,” Hummes stated in the interview.  He reiterates: “We have to walk together and find a form for doing so without excluding anybody.”

“If somebody wants to exclude himself, then that is his own business,” he added spitefully, implying that the four Cardinals are swimming countercurrent out of some kind of personal obstinacy. In truth, the four have explained publicly that their interest lies in clarifying doubts for the faithful. The doubts were originally meant to be addressed in a private manner and the Cardinals only went public because the Pope did not answer their plea.

“Uniformity begins to create walls and to decide who is inside and who is outside,” Hummes explained, invoking the popular image of a wall in order to attack a conservative mindset. “The Pope could be very upset by the motives with which these four persons go as far as wanting to correct him.”

“He is totally tranquil. He knows the right way which needs to be followed.” This statement seems to be contradicted by reports from journalist Edward Pentin that the Pope was in fact furious about the dubia, “not happy at all” and “boiling with rage.”

Cardinal Hummes, former head of the Vatican’s Congregation for the Clergy and a close personal friend of Pope Francis, has had to clarify controversial statements in the past, among them one from an interview in which he said that he could not know if Jesus would oppose gay “marriage.”