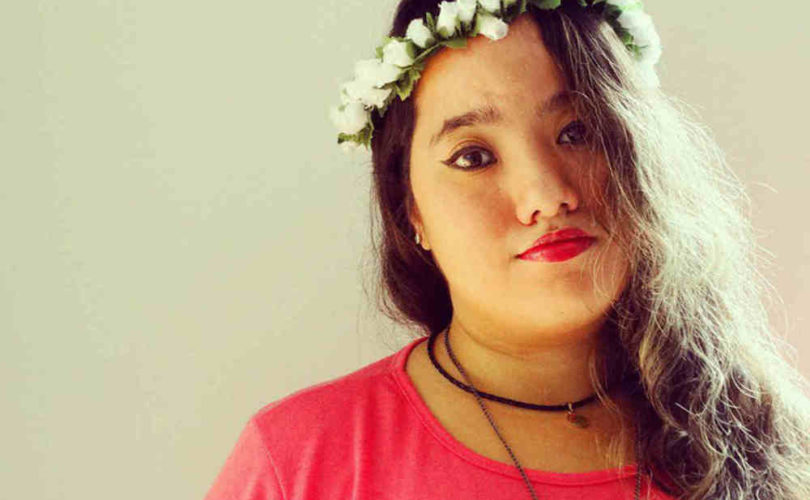 Brazilian journalist Ana Carolina Caceres, who has microcephaly, is outraged over calls to allow abortion for people with her condition.

URGENT: Tell the UN to stop using the Zika virus as a pretext to push abortion on Latin America! Sign the petition.

Caceres has microcephaly herself and knows that having an abnormally small skull does not mean having a small brain. In fact, she became a journalist to speak up for others with microcephaly. So she wrote her own story for the BBC condemning the abortion push.

“I survived, as do many others with microcephaly,” she wrote. “Our mothers did not abort. That is why we exist.” She does more than exist: she graduated from university, wrote a book about her life, plays the violin and maintains a blog to encourage other microcephalics and their families.

But on the day she was born, she reported, “the doctor said I had no chance of survival; ‘She will not walk, she will not talk and, over time, she will enter a vegetative state until she dies,’” he said. “But he – like many others – was wrong.”

Still, it was a battle, and costly one. “The whole family got together – uncles, aunts and others. Everyone gave what they could to cover the costs,” she said. Within nine days of her birth she had survived five operations to allow her to breathe on her own.

“I also had seizures. Apparently it's something that all people suffering from microcephaly will have. But it's not a big deal – there are drugs to keep it under control,” she told the BBC.

Caceres was responding to the announcement by Anis, a bioethics institute, that it will challenge the country’s abortion law in court on the grounds that the recent increase in cases of microcephaly is caused by the mosquito-spread Zika virus, which the government ought to have prevented, Anis claims.

According to Anis’s Debora Diniz, women pregnant with microcephalic children are “being “penalized for the failings of public policy,” and therefore “should have the right to choose the legal abortion.” “After all,” she added, “we know that the typical microcephaly is an incurable, irreversible harm.”

Cacares agrees that her condition “can certainly have more serious consequences than the ones I experienced” and adds that many children with the condition “will be lucky to have a life like mine.”

Nonetheless, “abortion,” she told BBC Brazil, “is a short-sighted attempt to tackle the problem. The most important thing is access to treatment, counselling for parents and older sufferers, and physiotherapy and neurological treatment for those born with microcephaly.” But like Inis, Caceres blames government incompetence for at least part of the problem, misspending funds on public works that don’t benefit most people, while neglecting the health system.

She is afraid the government will expand abortion for microcephaly as a quick solution rather than providing the necessary care and education after birth.

URGENT: Tell the UN to stop using the Zika virus as a pretext to push abortion on Latin America! Sign the petition.

Human Life International spokesman Stephen Phelan told LifeSiteNews that pro-abortion groups such as “Planned Parenthood and the International Pregnancy Advisory Services are exploiting the microcephaly scare as a fund-raising effort” while pushing at the same time for abolition of abortion laws in the affected areas in South and Central America.

But Phelan added that a new study has indicated two thirds of the roughly 4,000 cases of microcephaly reported to the Brazilian health ministry are not that at all. A story in the Washington Post on January 29 reported that 64 percent of more than 700 cases closely scrutinized by experts proved to be unrelated to Zika or microcephaly.

Marlene Gillette-Ibern, legal advisor to HLI Latin America and Spain, told LifeSiteNews that the first premise of the pro-abortion movement’s exploitation of the Zika virus is false. “Microcephaly is not a fatal condition for the unborn child. But even if it were to be a life-threatening condition…there are many life-threatening illnesses and that does not mean that one can go around killing off everyone who has a serious medical condition. Basically, all of this talk about abortion in cases of microcephaly is an application of eugenics ideology.”

Responding to calls from some health authorities for postponement of child-bearing for up to two years during the crisis, HLI President Father Shenan Boquet issued a statement cautioning Catholics to use “licit” means to postpone pregnancy via natural planning and to avoid being panicked by scare tactics from pro-abortion groups.

“Catholic parents are called to be responsible and generous” and to resist “pressure from any authority that would attack the dignity of the human person, or the gifts of marriage and sexuality,” said Father Boquet.

Brazilian law currently allows abortions only when the women’s life is at risk or when the child was conceived by rape, but a previous court action by pro-abortion groups extended the law to cover unborn babies with anencephaly, meaning they are missing part of their brain and rarely survive birth.

Now the pro-abortion groups seek another exemption from the courts to get past public resistance.  According to the same BBC story that triggered Caceres’ response, a December opinion survey by Dapholna showed “67% of Brazilians are in favor of maintaining the law” with its current restrictions,” while only 11 percent want abortion on demand.