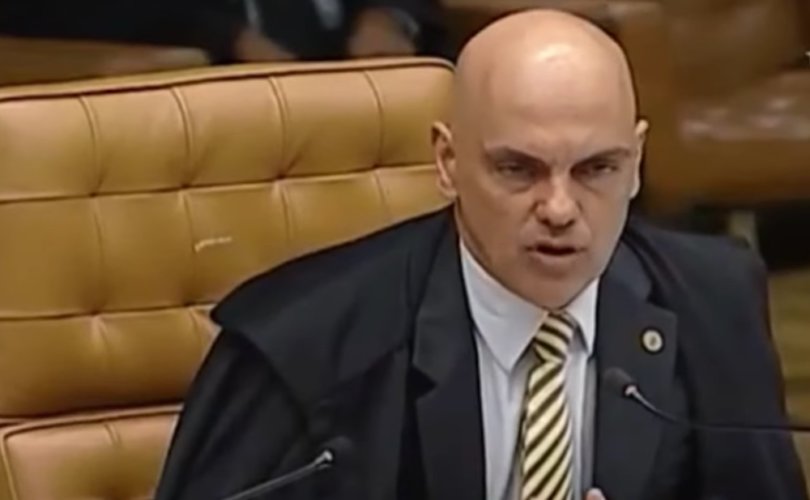 In the sealed ruling, the judge further ordered internet providers in the country to render Telegram unusable, and directed Apple and Google to remove it from their app stores. They have five days to adhere to de Moraes’ directives.

Additionally, the judge banned individuals from using “technological subterfuge to continue communicating through Telegram,” levying fines as a penalty. A daily fine of $19,930 will apply to those companies who do not enforce de Moraes’ orders.

The ongoing dispute between the courts and the privacy-oriented messaging app date back to earlier this year, when Telegram was ordered to remove the accounts of U.S.-based Brazilian blogger Allan dos Santos, a vocal supporter of Brazilian President Jair Bolsonaro. According to The New York Times, dos Santos is currently under investigation for promoting “disinformation” and “threatening” a Supreme Court judge.

Telegram’s CEO Pavel Durov acknowledged and apologized for the company’s “negligence,” but blamed the company’s noncompliance with the Supreme Court’s ruling as due to technical issues with emails.

“We had an issue with emails going between our telegram.org corporate addresses and the Brazilian Supreme Court. As a result of this miscommunication, the Court ruled to ban Telegram for being unresponsive.

Durov added that Telegram had complied with an earlier ruling from the Supreme Court in late February, but that their communication must have been mislaid. “As a result, we missed its decision in early March that contained a follow-up takedown request. Luckily, we have now found and processed it, delivering another report to the Court today,” said Durov.

Telegram is used by “tens of millions” of Brazilians, according to Durov, and the ban is likely to be poorly received in the country, and will be even harder to enforce. Bolsonaro himself has over 1 million followers at his personal account on the app, and he has urged people to follow him on Telegram rather than using other Big Tech alternatives.

Brazil’s Justice Minister Anderson Torres slated Moraes for making a “monocratic decision” which “harmed” millions of Brazilians. Torres wrote he has instructed his ministry to find a “solution” which would ensure “people’s right to use the social network they want.”

Brazil is currently in the run-up to national elections, which will be held in October, and the ban on Telegram has been described as “taking a drastic measure that showed the court plans to aggressively fight disinformation ahead of this year’s presidential elections.”

Bolsonaro has previously called for de Moraes to be impeached, after the judge began an investigation into the sitting president over reportedly leaking details to the police that the nation’s electronic voting system was open to fraud. The ongoing dispute between Bolsonaro and de Moraes is likely to continue into the election.

Meanwhile, the ban on Telegram has been seen as a further attack on freedom of speech on social media, with Telegram being famously more free and far less censorious that its Big Tech rivals, such as Twitter or Facebook.

The Supreme Court of Brazil blocked the #Telegram app nationwide arguing it has not cooperated with authorities. The move is to target president Bolsonaro on election year who has more than 1 million followers on the platform.

THE SUPREME COURT HAS MADE BRAZIL A DICTATORSHIP.