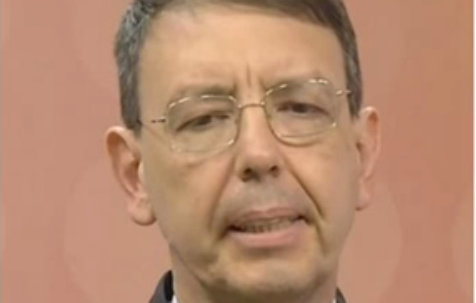 November 2, 2016 (LifeSiteNews) – A Brazilian Catholic priest has been convicted of “impeding” a legal abortion and ordered to pay the equivalent of $18,537 USD (60,000 Brazilian Reals) in damages for successfully petitioning a court to prohibit the killing of an unborn child in 2005.

Fr. Luiz Carlos Lodi da Cruz was judged liable by the nation’s Supreme Tribunal of Justice last week for “moral damages” after requesting a court injunction against an abortion of an unborn child regarded as “inviable” outside the womb because of deformities in gestation.

Although the lower court accepted Lodi da Cruz’s arguments against the abortion and issued the requested injunction in 2005, the Supreme Tribunal of Justice ruled that the priest acted “recklessly” in filing his motion and caused suffering to the parents of the child.

However, Fr. Lodi da Cruz has expressed no regrets and thanks God for the privilege of having successfully intervened to save a child from the abortionist’s knife. “To be condemned on account of Christ and with Christ … is an honor for me,” he told the Globo television network. “I don’t deserve it, but I am grateful.”

Fr. Lodi da Cruz said he had sought to save the life of the unborn child “because human life is not valuable for its quality, nor for its duration. A human life is valuable in itself.” The child, he added, “was condemned to death by a judicial sentence, a sentence that was illegal and an abuse of power, and the judge recognized that. That’s why I, who at that time was a law student, decided to ask for habeus corpus in favor of the child, so that the abortion wouldn’t be carried out.”

“In saying that human life is sacred, I acknowledge that either we accept that as a universal truth or we are going to fall into the atrocities of Nazism,” he told Globo.

Fr. Lodi da Cruz is a parish priest in the state of Goias and the president of one of Brazil’s best-known pro-life organizations, Pro-Life of Anapolis. His campaigning against the killing of the unborn has attracted legal harassment in the past from Brazilian leftists, including a successful lawsuit against him for calling an anthropologist, who supports the legalization of abortion, “pro-abortion.”

The 2005 abortion prevented by Lodi da Cruz’s motion had been approved on the request of the parents after they discovered their child was suffering from a deformity known as a Body Stalk Anomaly, which causes the intestines and other abdominal organs to protrude from an opening in the stomach wall and to form outside the body. Children who develop such a condition often die within the womb or shortly after birth. However, the condition rarely receives aggressive treatment and cases of survival for months and even years are found in medical literature.

In a public statement on the verdict, Fr. Lodi da Cruz notes that although the motion was granted, he was led to believe by an erroneous newspaper article that the life-saving verdict had come too late and the abortion had occurred. However, in reality the abortion had been stopped by the hospital and the child  died soon after birth several days later.

Fr. Lodi da Cruz writes that if he had known that the baby had survived he would have offered both spiritual and material help. “I would have gone to visit them, to accompany them during the gestation, to offer them assistance during the birth (as we have done with so many other women), and, insofar as the case involved a child with the risk of imminent death, to baptize her immediately after the birth. And if she were to die, for me it would be an honor to give the funeral rites, accompanying the family to the cemetery.”

However, the priest was unaware that the child’s life had been spared and that the mother had returned to her home until the death of her daughter eight days later. He later learned that the girl was given the name of “Geovana,” and she lived less than two hours away. He notes that Geovana was never baptized, something he wishes he could have done.

A lawsuit was later filed by the parents against Lodi da Cruz, who claimed that giving birth had caused suffering to Geovana’s mother. Although two local courts found against the plaintiffs, the couple took the case to the Brazilian Supreme Tribunal of Justice, which ruled in the couple’s favor.

The tribunal claimed that Fr. Lodi da Cruz had committed “an abuse of the right of (legal) action and violated the rights of the pregnant woman and her husband, causing them useless suffering.”

Minister Nancy Andrighi, a judge on the tribunal, claimed “that exhausting work of giving birth, with all of the pain that they involve, paint a picture, in the strongest colors, of the intense moral damage sustained, both for the mother and her husband.” She said Fr. Lodi da Cruz was guilty of having acted “recklessly” by filing the motion and “sought government support to defend his particular ideas regarding the interruption of gestation.”

However, Fr. Lodi da Cruz questioned the logic of a decision to hold him liable merely for petitioning the court, while the judge who granted his motion was left untouched by the tribunal.

“Every citizen can and must defend lives that are threatened with death, using, for this purpose, the legal and procedural means at their disposal, among them habeus corpus. The condemnation of the one who requests a writ of habeas corpus is monstrous because, if the tribunal or civil magistrate granted the order, it was not out of ‘obedience’ to the citizen, but rather it verifies that, in the particular case, the judge was acting illegally and was abusing his power. Why not prosecute the judge who issued the verdict for ‘moral damages?’”