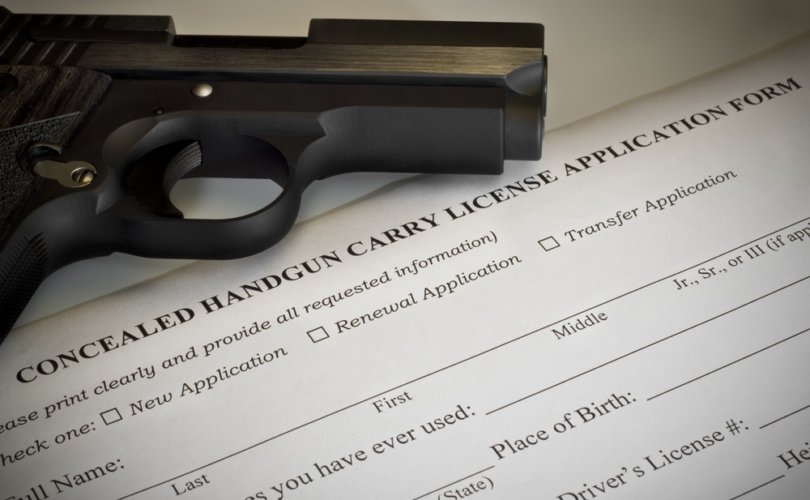 FRESNO, California (LifeSiteNews) — Concealed carry permit holders in California had their names, ages, and addresses made public this week after the California Department of Justice experienced a widescale breach of a new firearms database.

The Fresno County Sheriff’s Office confirmed that the exposure of the personal information of Californians came after the Monday launch of the state’s 2022 Firearms Dashboard Portal, designed ostensibly to improve “transparency,” KSEE/KPGE reported.

Before the breach, California Attorney General Rob Bonta’s office had argued the firearms portal would improve “transparency and information sharing for firearms-related data,” the outlet noted.

“Transparency is key to increasing public trust between law enforcement and the communities we serve,” Bonta said in a statement, arguing the online dashboard “puts power and information into the hands of our communities by helping them better understand the role and potential dangers of firearms within our state.”

The Fresno Sheriff’s Office told KSEE/KPGE that information exposed due to the breach included the names, ages, and addresses of everyone in the state with a permit to carry a concealed weapon.

Sacramento station CBS13 noted that the leaked list had made public the personal information of all Californians with a permit, including “celebrities, judges, and even victims of domestic violence.”

It’s unclear how the data breach occurred or who was behind it.
The California Department of Justice issued a statement promising to investigate the leak, noting that “any unauthorized release of personal information is unacceptable,” KSEE/KPGE reported.

In a 6-3 decision in New York State Rifle & Pistol Association, Inc. v. Bruen, the Supreme Court ruled that a New York law requiring people to declare a particular need to carry a gun as a prerequisite for getting a concealed carry permit had infringed on Americans’ constitutional right to “keep and bear arms,” the Associated Press reported.

In the majority opinion, Justice Clarence Thomas wrote that legislation demanding that citizens prove their need to carry a weapon “is not how the Second Amendment works when it comes to public carry for self-defense.”

California’s Attorney General decried the Supreme Court’s ruling in a statement to Yahoo News, calling the decision “a setback” that “undermines public safety.”

Conversely, California Republican Rep. Doug LaMalfa said he was “very happy with the ruling.” According to LaMalfa, the decision “restores our rights that have been infringed upon for decades, until this Court ruled in the way the [Second Amendment] intended.”