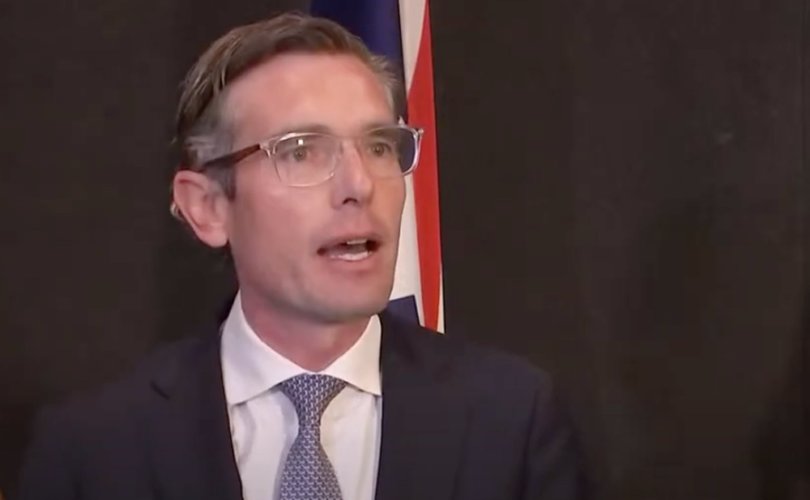 This followed the shock resignation of Gladys Berejiklian amid corruption investigation, signalling the dawn of a new era in Australian politics.

During his first speech as the 46th Premier of New South Wales, Perrottet stated: “Today begins a new chapter for NSW and one that we will all write together. I am honoured that my colleagues have asked me to write that chapter as Premier, and I thank them for the confidence that they have put in me.”

After acknowledging the contributions of the recently resigned former NSW Premier, Gladys Berejiklian, Perrottet  added, “Being Premier is a great honour, but I want to be clear that the job I have committed to today is not just to lead NSW, but to serve all the people of our state.”

“For the past 18 months together, we have been battling a storm that is COVID-19,” he continued.

Perrottet then addressed the economy.

“As a former treasurer, I know that a strong society needs a strong economy, and that is why our first priority will be to continue the plan that we have started: keeping people safe, opening up the economy and securing our recovery.” he said.

“No matter who you are, where you come from, or what you believe – it is the greatest privilege of my life to represent and serve every one of you.”

Dominic Perrottet speaks for the first time as Premier of New South Wales.

“Up until now, all of our Liberal premiers have been infrastructure premiers, building roads, rail, schools and hospitals for communities right across our state, and that will not change with me, but I will also be a family Premier, focusing on how we can make life better for working families, living the Liberal values of opportunity, aspiration and hard work,” the new leader continued.

Perrottet concluded his speech by stating: “We live in the best state in the best country in the world, and together we will make it better.”

The new Premier then responded to an array of questions from reporters. When asked about his Catholic faith and how it will impact his leadership, Perorates responded, “My religious views and my Christian faith is something I am incredibly proud of as many people across our state are.”

“We live in a very diverse society,” he continued. “I think some of the criticism in relation to that diversity has been unfounded and I am proud to live and I love our state and I love the diversity and the multicultural backgrounds and the religious backgrounds.”

“I am very proud of the fact that I have a strong Christian faith” he added. “But I think in the main, people right across our state believe in freedom of religion and freedom of the opportunity to serve in public life regardless of what your ethnic background is or what your religious values are.”

Perrottet has also denounced the “almost religious devotion of the political left to climate change”, opposed same-sex marriage, criticised “pronoun police” who impose gender neutral language, and vehemently challenged Australia’s pro-abortion legislation in 2019. As a devout Catholic, Perrottet declared that he could not support laws that stopped “the beating heart of an unborn child.”

if you care for abortion rights, marriage equality, assisted dying, have ever needed welfare, want priests to disclose child sex abuse information, care for refugees or believe in climate change, this is an important read.@junkee https://t.co/cPcL3sT28R

Perrottet has also criticised the expansion of the socialist-style welfare system in Australia that encourages the breakdown of the traditional family structure. Instead, he has encouraged the reintroduction of traditional family values as the foundation of society. In addition, Perrottet has highlighted the importance of the workforce as the foundation of a classical free market economy to improve the living conditions of Australian families and to increase the strength of Australia as a nation.

Perrottet’s position on these significant issues has drawn the ire from opponents who see his adherence to Catholic social teaching as a threat to their progressive social and political agenda.

Prior to his appointment as New South Wales Premier, Perrottet hinted he would bring about immediate economic reform and end of draconian public health orders. This includes indefinite lockdowns, the restrictions on businesses or places of worship, and mandatory vaccinations.

He is responsible for the reduced COVID-19 limitations on workplaces, particularly in the construction industry; the promotion of government funds to assist business owners; the opening of domestic borders and international travel; and the investment of $5 billion into local governments following the devastating lockdowns.