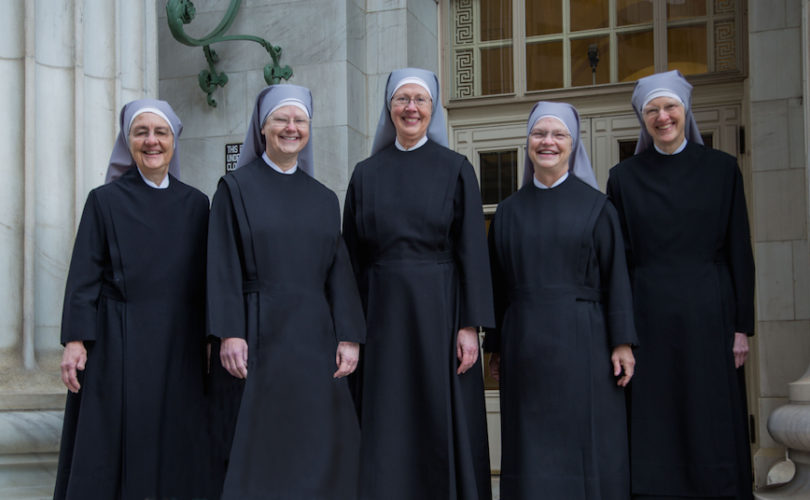 WASHINGTON, D.C., January 11, 2016 (LifeSiteNews) — Two Democrats have joined more than 200 Republicans in a brief urging the Supreme Court to stand behind elderly nuns, Catholic priests, and other religious groups in their fight against what the Members are calling the “oppressive” HHS abortifacient and contraceptive mandate.

“It is not the government's place to determine what a person's religion requires, and the government cannot justify trampling religious beliefs when it has readily available alternatives to accomplish its goal,” said a letter to Members from Representatives Diane Black, R-TN, and Mike Kelly, R-PA.

In an exclusive interview this morning, Rep. Black told LifeSiteNews that “Obamacare’s HHS mandate sets up an impossible choice for countless ministries and faith based charities: deny their deeply held beliefs and provide coverage for drugs they deem to be morally objectionable, or face crippling fines that could force them to close their doors.”

Members in both chambers have signed an amicus brief to the Supreme Court urging justices to respect both the First Amendment of the U.S. Constitution and the 1993 Religious Freedom Restoration Act (RFRA). Along with 205 Republican Senators and Congressmen are Democratic Representatives Dan Lipinski of Illinois and Collin Peterson of Minnesota.

The brief's lead Members are Black, Kelly, Senator James Lankford of Oklahoma, and Senator Orrin Hatch of Utah, all Republicans.

“Congress enacted  RFRA to ensure a broad protection of religious exercise that does not second guess the sincerity of the religious objector,” said the statement, “and HHS' enforcement of the contraceptive mandate against religious non-profits exceeds its statutory authority under the ACA.”

In a statement released by Little Sisters of the Poor's attorneys at The Becket Fund, Mother Provincial Sister Loraine Marie Maguire said she and her fellow nuns “are overjoyed and deeply grateful for the diverse outpouring of support we have received from such a variety of people and groups.”

“We have been serving the elderly poor for over 175 years and are simply asking the government to allow us to continue our life’s work without being forced to choose between our faith and millions in government fines.”

Black and Kelly say their brief, which was filed today, represents not only the Little Sisters, but also the other religious groups fighting the mandate. More than a dozen briefs from religious and legal groups have already been filed in favor of the Little Sisters, and the Member letter says their brief will back not only the nuns, but “56-non-profit lawsuits that have been filed by over 140 plaintiffs” and “a diverse group of religious backgrounds from all over the country” that includes “40 religious charities, 15 dioceses, and over 30 universities.”

Sen. Lankford told LifeSiteNews this morning that the brief is “a defining moment for religious liberty in the United States.”

Additionally, in a statement originally provided to LifeSiteNews, Priests for Life — which will join the Sisters in front of the Court in March — thanked the Members for their support, with attorney Robert Muise of the American Freedom Law Center noting that 'it is particularly appropriate that Priests for Life has been fighting this mandate, since the very purpose of the organization is to oppose the very activities that the mandate supports, particularly abortion.'”

The seven consolidated cases are: