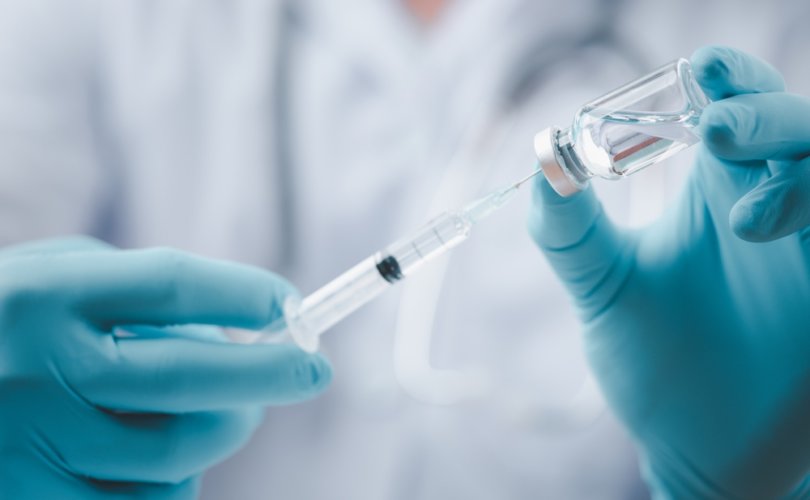 LONDON, U.K, January 8, 2021 (LifeSiteNews) – The Moderna developed COVID-19 vaccine has been approved for use in the U.K., marking the third COVID vaccine to be approved in the country.

Announcing the news on Twitter, Secretary for Health and Social Care Matt Hancock, stated that it was “fantastic” and  “another weapon in our arsenal to tame this awful disease.” The U.K. has now ordered 17 million doses of the vaccine, although the vaccine itself is not expected to arrive until the spring.

The U.S. Food and Drug Administration (FDA) had previously authorized the emergency use of the vaccine shortly before Christmas.

Like the similarly approved Pfizer vaccine, Moderna’s vaccine uses mRNA technology, which is a type of RNA“that carries genetic information to make proteins in a cell,” and causes our cells to manufacture their own viral particles that will trigger our immune defense response.

Moderna’s vaccine is claimed to be 94% effective in preventing COVID-19, although Moderna have admitted that the vaccine will cause at least mild or moderate side effects.

Twenty percent of people receiving the high dose in trials needed hospitalization; only 45 people were tested, and they were specifically chosen for being exceptionally healthy and fit.

Documents from the FDA showed evidence that 13 people died during the trials of the vaccine, with 6 deaths being people who had taken the vaccine, and 7 those who had received the placebo. The results were correct up until December 3. Moderna does not connect any of the 13 deaths to either the vaccine or the placebo, saying instead that “[t]hese deaths represent events and rates that occur in the general population of individuals in these age groups.”

— Article continues below Petition —
PETITION: No to government and corporate penalties for refusing COVID-19 vaccine
Show Petition Text
102862 have signed the petition.
Let's get to 125000!
Thank you for signing this petition!
Add your signature:
Show Petition Text

The FDA documents come in addition to the news of a Ukranian Greek Catholic priest who died suddenly in his home after previously being a volunteer in the testing of Moderna’s vaccine. Fr. John Fields apparently suffered a heart attack just under two months after his second jab, although it is still unclear if the 70-year-old’s death is related to the vaccine.

In addition to this, the FDA previously released its own warning for any potential COVID-19 vaccine, including strokes, encephalitis, auto-immune disease, birth defects, and Kawasaki disease among the potential side-effects to be monitored. First on the list of 22 possible conditions is “Guillain-Barré syndrome,” described as “a rare disorder in which your body’s immune system attacks your nerves.” The syndrome has “no known cure,” and its mortality rate is “4% to 7%.”

Since then, the FDA also issued a staff report, warning of “facial paralysis,” or Bell’s Palsy, as a possible condition to be looked for in those who take the Moderna vaccine. Four out of the 30,000 original participants in the trial developed the condition, with 3 in the vaccine group and 1 in the placebo group.

Moderna stopped the testing of its highest dose of vaccine, due to the number of reports of severe reactions, and animal testing was skipped altogether. Dr. James Lyons-Weiler noted how Moderna had been allowed to skip important steps, meaning that the FDA was unable “to see if this particular vaccine or that particular vaccine might cause serious problems through pathogenic priming.”

Despite these health concerns, the U.K. vaccine minister Nadhim Zahawi, welcomed the vaccine approval, saying “The Moderna vaccine will be a vital boost to these efforts and will help us return to normal faster.”

His words were echoed by Business Secretary Alok Sharma, who hailed the news as “Another huge step towards ending lockdown and returning to normal life.”