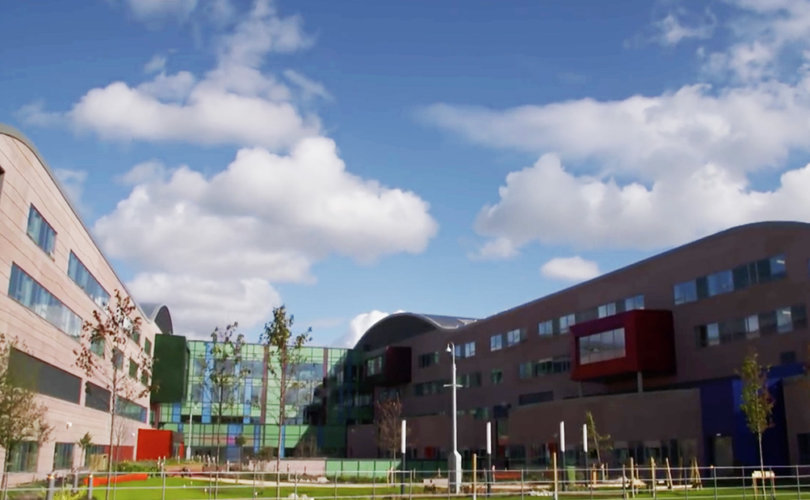 Don Gabriele Brusco, an Italian priest stationed in London, had been sent by Bishop Calvina of the diocese of Carpi, to minister to Alfie’s needs. He administered the sacrament of the anointing of the sick to little Alfie.

While at the hospital, the priest appealed to the consciences of the hospital staff, reminding them that God would judge them for their sins against Alfie’s life. Apparently, the staff did not like this.

According to the Italian newspaper La Nuova Bussola, a meeting between Pope Francis and Malcolm McMahon, the Archbishop of Liverpool, has led to Father Brusco’s forced return to London.

Benedetta Frigerio, who has tirelessly reported on Alfie’s case for the newspaper, observed that although McMahon could not cover the seven kilometres between his residence and the hospital to visit the Catholic child and his parents, he could find time to fly to Rome. She suggested, acerbically, that the archbishop had fed the pontiff “a pile of lies.”

La Nuova Bussola, an Italian Catholic newspaper, is reporting that before McMahon went to Rome, his auxiliary bishop, Thomas Williams, telephoned Brusco and quizzed him for an hour and three-quarters about his presence at Alder Hey. After this, Father Brusco “remained at his post.”  However, after McMahon’s visit to Rome yesterday, “Vatican support began to falter” and Cardinal Nichols, through his auxiliary, Bishop John Francis Sherrington, wrote to the priest, asking him to return to his parish in London.

LifeSiteNews also confirmed independently from a source close to the family that the priest is no longer present at the hospital.

La Nuova Bussola suggests that Father Gabriele will eventually be banished from England and sent to mission territory. It observes that the Archbishop of Liverpool has guaranteed chaplaincy support to the family but asks who is willing to believe someone who does nothing but tell lies.

McMahon has startled Alfie’s supporters in Liverpool, further afield in England and beyond by siding squarely with Alder Hey hospital.

England’s left-wing Catholic magazine The Tablet  quotes the Liverpool archbishop as saying: “I am grateful for the medical and chaplaincy care which Alfie is receiving.”

“I know that they are doing everything that his humanly possible,” he continued, amid reports that Alfie’s father had to fight to get his son oxygen, hydration and nutrition. “And our prayer at this difficult moment is that the Lord will give everyone the spiritual strength to face the immediate future.”

The Archbishop said also that he was aware of Italian interest in the case.

“I am very aware of the compassion which is characteristically shown by the Italian people to those in need, and in this case Alfie,” he said. “But I know that our medical and legal systems in the UK are also based on compassion and the safeguarding of the rights of the individual child.”

Earlier this month, an internal memo of the Liverpool diocese falsely claimed that Alfie’s parents were not Roman Catholics. Thomas Evans, after writing to the archbishop of his disappointment, later flew to Rome to pay his filial respects to Pope Francis and beg his help for Alfie.

The reporter for La Nuova Bussola wonders what strange entanglements and shared interests there may be between the Catholic bishops of England and the Establishment represented by doctors and judges.

Did Alder Hey force Alfie Evans’ dad to read a ‘hostage’ letter to save his son?